Why are there no crime novels with British Asian characters?

Helen Nugent August 20, 2013 Authors & Reviews, Books Comments Off on Why are there no crime novels with British Asian characters?

Heard the one about the easily fatigued detective unable to outpace crooks during Ramadan? What about the drug boss who breaks off torturing his victims for midday prayer?

But despite the hundreds of new titles which cram bookshelves each year, there’s a startling absence of lead characters from across the spectrum of contemporary Britain.

The 2011 Census found that 7.8 million people living in this country – 14 cent of the population – don’t have white skin. Eight per cent don’t speak English as a first language.

No serious writer would – or should – consider inserting ‘minority characters’ into their work just for the sake of it. Such a move would be cynical indeed. But the lack of diversity in the British crime scene is puzzling, particularly given the varied and complex characters in TV shows such as Luther and international thrillers such as George Pelecanos’ Derek Strange series and crime novels by Indian author Vikram Chandra.

Khorum Choudhry, the protagonist in my novel The Cotton Harvest, is a new recruit to Greater Manchester Police who gets sucked into a missing person case which quickly transforms into a puzzling and bloody murder investigation. The character just happens to be a British Pakistani – like myself. I wouldn’t expect him to appeal to Asian readers any more than I would non-Asian readers. But I do think his dry humour, complex home life and the moral and career challenges he faces – not least the subtle racism in his workplace – make him a challenging and memorable character.

I have been a journalist in the North West of England for almost a decade and I’ve seen many positive – and some negative – consequences of diverse communities living side-by-side in towns and cities. I’ve also met and interviewed extremists – both English Defence League supporters and radical Islamists – about their own warped views. 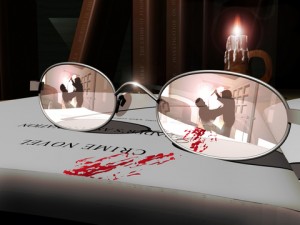 Khorum is not supposed to be a typical British Muslim (no such thing exists), nor is he intended as a PC-role model to answer real-life problems. But his job, his role in the investigation and the fictional world he inhabits provide a springboard for exploring things which interest me: immigration, British identity and the clash between migrant and indigenous cultures.

In a review of recent short story anthology Too Asian, Not Asian Enough, journalist Sarfraz Manzoor writes: “British Asian writers can sometimes feel as though they are operating inside a gilded cage. While they remain within the confines – writing about multiculturalism, reviewing books by other Asian writers – there will be writing opportunities, but daring to leave the cage can be as difficult as trying to persuade invariably white editors to see beyond skin colour.”

Doubtless, the reasons why fictional detectives are almost invariable white, male, middle-aged loners are complex – and not just the reluctance of publishers to break a successful formula. To me, the key problem about the lack of diversity in crime books is the talent pool.

There is a lack of British Asian writers.

Literary fiction is better-served by authors and stories encompassing a range of backgrounds. But there is still cultural resistance to writers pursuing this career path – with some Asian families inclined to regard their son or daughter penning a book, particularly in the crime genre, ‘unrespectable’ or at least not something to be celebrated.

There are a few exceptions, such as M.Y. Alam, whose Bradford-based books Kilo and Red Laal chart the ascent of a minor Asian gang member in a tough Yorkshire town.

Crime novels are among the most popular genre of books for a good reason. At their best, they reflect important truths about human nature and relationships, and the wider opportunities and limits of our society.

But it is puzzling that different characters and settings have not been more widely reflected. We are all, I think, a little poorer for it. 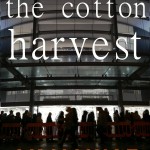 AK Nawaz is a Manchester-based author and journalist. His novel The Cotton Harvest is available on Kindle priced £1.99.