Helen Nugent February 18, 2019 Competitions Comments Off on Win two tickets (and a bottle of prosecco) to The Stretch at Manchester’s 53two

Win two tickets (and a bottle of prosecco) to The Stretch at Manchester’s 53two.

Following success in JB Shorts 19, The Stretch is set to launch at the arches in March. Follow Lee in this powerful and poignant piece as he finds his way through a ten year stretch in prioson, after just one terrible mistake. Experience the highs, and the lows, and witness just how it affects him and those nearest to him. A play that discusses an all too current issue and the support given to those incarcerated and those trying to rehabilitate and reinstate themselves into society. 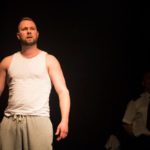 MAP Productions are delighted to be bringing this piece back to the stage following rave reviews from the critically acclaimed JB Shorts Festival. Written with support from the pastoral team at HMP Forest Bank and based on true experiences, this extended version is set to be even more powerful than the first outing almost a year ago. TV writer Joe Ainsworth continues to raise the bar for fringe theatre in Manchester and draw in a new and more diverse audience. A sensory journey using spoken word, movement and music to spark discussion about a subject all too present in the media: how one decision can change lives. The piece also looks at how people in this situation deal with the decision and its consequences in what some would consider a failing prison system. 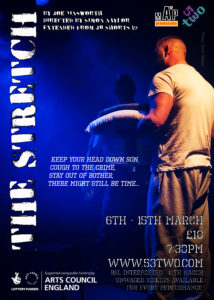 Alongside the production, MAP are looking to engage with companies such as Clinks, the National Criminal Justice Arts Alliance and Young Identity to run workshops with their members and have them perform alongside Manchester poet Argh Kid on a fundraiser night on March 10 with all proceeds going towards charities that support the rehabilitation of those convicted and/or offer support inside prisons.

To be in with a chance of winning a pair of tickets plus a bottle of fizz, all you have to do is sign up to the Northern Soul newsletter (details of how to do this are on the right-hand side of the page) and send an email to emma@northernsoul.me.uk with the title ‘The Stretch’. The Stretch is showing at 53two from March 6 – 15, 2019 and tickets are subject to availability on any night chosen.

Winners will be picked at random and notified by: March 4, 2019