It’s easy to get caught up in your own life and run around enclosed in a little bubble. I’ve lived in Manchester all of my life but it wasn’t until recently that I fully grasped the wealth of revolutionary stories in the city, many of them buried in buildings which we pass by almost every day.

Earlier this month, I joined a tour of Women in World War One, part of the annual Wonder Women festival. Never having been on a guided tour, I was a little apprehensive. How do they work? What do you do? Would I be able to take it all in?

Setting these thoughts aside, I met up with the rest of the group at the town hall steps and, in the capable hands of charismatic tour guide Anne Beswick, we kicked things off at Albert Square.

While a typical Saturday afternoon might normally be spent indulging in shopping, drinking or a trip to the flicks, it was a refreshing change to spend this time learning about the place I have lived in for the past 25 years, especially with a bunch of women who all shared the same interests.

But it wasn’t all plain sailing. At one point, a man interrupted to try and sell us flowers. He obviously wasn’t aware of his audience. Someone else asked us for money, and we had to deal with noise from the road works. Thankfully, Beswick dealt with it all professionally and with her good sense of humour.

Throughout the tour, she took us to a variety of significant spots in Manchester, relaying the history of each place and the part it played in helping to pave the way for how women live their lives today. For example, in Albert Square, Beswick pointed out the lack of female statues, something I’d never noticed before. Then, as we moved into the warm embrace of the Town Hall (it was a freezing cold Saturday), she told us about Margaret Ashton, the first female councillor. We were learned more about Emmeline Pankhurst whose name is synonymous with women winning the right to vote.

Then onto St Peter’s Square to the Cenotaph where Lord Derby and Frances Bingle, a woman who lost three children in the First World War, unveiled the memorial in 1924. This was followed by the nearby Midland Hotel where Beswick told us all about women’s fashion and how much it changed through the ages. Also on our list of destinations was the Free Trade Hall and the Great Northern Warehouse.

Towards the end of the tour we were taken to the Walkabout bar on Quay Street, not far from where a hospital used to stand. Here, in fascinating detail, Beswick told us about the nurses, Voluntary Aid Detachment and the First Aid Nursing Yeomanry and the parts they played during the First World War, also mentioning the much-celebrated Edith Cavell who saved the lives of soldiers in Brussels from all sides without distinction. We ended the tour at John Rylands Library.

What a day. From the impact of the The Great War on the nation as a whole, to the women who urged their husbands and boyfriends to leave for the trenches and were then left behind to assume men’s work in factories and warehouses, it was a welcome learning curve.

The tour has been invaluable in improving my knowledge of my city’s history and its role in improving the lives of women. And, for an afternoon at least, how nice it was to take a step back and take it all in. 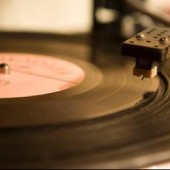