Wonder Materials: Graphene and Beyond at MSI, Manchester

Steve Slack July 26, 2016 Arts, Museums Comments Off on Wonder Materials: Graphene and Beyond at MSI, Manchester

“We are at the dawn of a new age of material science. And we have a whole new Lego set to play with.”

So says Danielle Olsen, curator of the new Wonder Materials exhibition at the Museum of Science and Industry in Manchester.

A million times thinner than paper but 200 times stronger than steel, graphene truly is a wonder material. There’s been a lot of fuss about graphene since it was discovered in Manchester a decade ago. But I wonder whether most of us really understand it. This exhibition is a chance to find out. 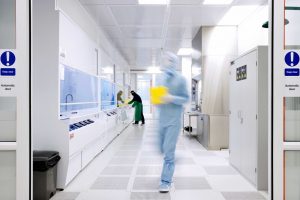 A challenge facing the exhibit’s curators is that graphene is difficult to describe in straightforward terms. But, at its simplest, it is a really really thin sheet of graphite, just one atom thick.

It’s also invisible to the naked eye, which is another problem for a public exhibition. So a simple interactive shows a series of rubber sheets of blown-up atoms on top of one another. Visitors are invited to peel the top layer off, replicating what the Nobel-prize winning scientists did when they isolated a sheet of graphene in Manchester in 2004.

You might think they employed some clever piece of science kit for this. But no – they used a sellotape dispenser, and that’s on display here too, along with the Nobel medals they received for their research.

Beyond the science though, the real strength of this exhibition is its willingness to talk about the future and the unknown. The exhibition points out that the science community doesn’t actually know what all the applications for this wonder material might be yet.

“We are giving you permission to go off the beaten track,” says Olsen. “I hope visitors leave this space excited about the future.”

When aluminium and silicon were discovered, people were not initially sure what they would be used for. But nowadays we take space rockets, drinks cans and the chips in our mobile phones for granted. Without wonder and imagination, we’ll never move beyond where we are today. So our scientists have to dream and create in order to find out what the future applications could be. 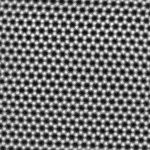 This exhibition asks scientists – and museum visitors – this question: what might graphene be used for in the future?

We are shown how different scientists are responding to this revolutionary invention. Photographing it in new ways; folding it into innovative shapes to make mini machines; investigating how it might be used to make ethically sourced and manufactured smart phone components; and how it could be employed as a membrane for desalination plants to turn oceans into drinking water.

At the exhibition, Northern Soul met with acclaimed poet Lemn Sissay, Chancellor of the University of Manchester. He’s rightly proud of the research being carried out on graphene in the city and is enthusiastic about what the future holds.

“Our imaginations are churning as we speak, it’s an exciting time,” he says. “We can achieve great things when we apply this wonder material to wondrous ideas.”

He’s keen to point out that not every scientific discovery has obvious applications immediately. And that artists are well-placed to help the creative process along, coming up with ideas for the future.

“There is a history of this. When plastic was discovered there were new pieces of art appearing that looked strange and new, responding to the new wonder material of the day.”

The exhibition has a charming story about artist William Brockenden (1787-1854). Fed up of his pencil ‘lead’ breaking, he made a machine to compress graphite and make it stronger. This eventually led to the idea of pressing medicine into pills that gave a safe standardised dose. It’s another example of not quite knowing where curiosity and invention will end up.

Sissay has written a poem for the exhibition, performed in his characteristically enthusiastic style on a screen in the gallery. In it he tell us “the future is as wide as dreams are high” and that we now need to “think the unthinkable”. 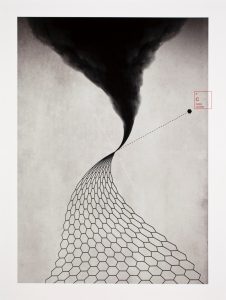 If you have ever used a graphite pencil you have made a tiny bit of graphene – sheets of it slide off graphite easily. That, combined with its potentially limitless uses, have given rise to a creative response.

Sissay’s poem is accompanied by a video installation from contemporary art collective Random International. Graphene Suite is a piece of music by Sara Lowes, composer in residence at the National Graphene institute in 2015 – visitors can listen along on headphones in the gallery.

So this is more than an exhibition about a scientific discovery. It’s about creativity and dreaming about the future.

Sissay sums it up perfectly: “Imagination is right at the heart of science. We have a responsibility to be creative in response to science and not just use our discoveries to make cars and guns.”

Wonder Materials: Graphene and Beyond is open now and runs until June 2017 at the Museum of Science and Industry, Manchester