A Rum Do: Rum Tasting at Turtle Bay, Manchester

I’ve had a couple of deeply spiritual experiences recently. I went to see the hilarious Whisky Galore at Oldham Coliseum which made me regret the overdose I took in 1968 so I can’t bear even the smell of whisky anymore. Then, a couple of days later, I attended a Rumstravaganza at Turtle Bay on Manchester’s Oxford Street.

You can imagine how these things work. Invite a few journalists, give them some interesting nibbles, get them completely smashed on ‘tasting’ samples of your most interesting hooch, and send them out into the night to write a grateful review. To be fair, in my experience it’s never been quite like that, but I’ve not been doing this job long and I have a lot to look forward to.

In anticipation of a heavy night I got the train into town and meandered down to Turtle Bay where there was a group of journos drinking pink cocktails and eating rather good nibbles. Turtle Bay is a chain specialising in Caribbean food – and the ribs are particularly fine. 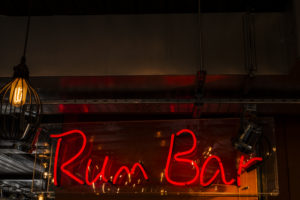 “This’ll do,” I thought, and looked for a stool. But that was just the easy opener. Soon we were whisked to an upper room and sat in front of place settings with seven glasses of rum in proper tasting glasses. There were spittoons and everything. Spittoons! This is Manchester. I thought they were wine chillers.

There followed a two-and-a half hour seminar on the provenance and manufacture of rum. I’ve never been a rum man, contrary to my ex-wife’s opinion, but it should not have come as a surprise that there are as many degrees of refinement in rums as there are in whiskys. 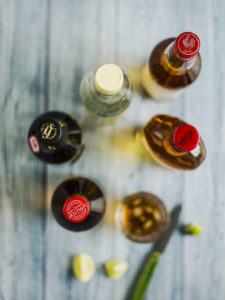 Our spiritual guide was Joseph St Clair-Ford who works for Appleton, the best known distiller of good Jamaican rum. We had several different vintages before us. Rum is distilled from cane sugar and then aged in casks previously used by American bourbon distillers who are only allowed by law to use them once. Good rum is defined by its age in cask and labels show the age of the least aged spirit in the bottle.

Mr St Clair-Ford was very thorough. I learnt a great deal about rum, and I’m sure I’d remember it if I hadn’t drunk so much. This much I do remember – fortunately I made notes – if you want a classic rum, go straight to the Appleton Estate 12-year-old Rare Blend. It’s a firm clear dry long taste but if you want an epiphany then Wray and Nephew White 63 per cent Overproof is your only man. The nose is so strong you have to hold the glass at arms-length and let your nostrils get used to it, bringing the glass gently – I said gently – towards your face. Then tip a little into your mouth and – whoosh, oh, sh**, gosh – gasping for air is common first-time round. But the taste of dry caramel lingers long after the fire has died, and it’s much easier second time round. 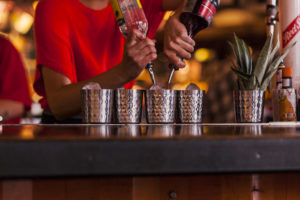 Our guru says it’s all they drink in Jamaica these days, and who can blame them? They imbibe it mixed with a Lilt-like grapefruit fizz called Ting. It’s a Ting Wray. Of course it is.

By the way, sorry about the title. My girlfriend said “oh you’re not going to call it that, are you?” She teaches an MA in Creative Writing and has very high standards. “I am,” I said. “But think of it as reflexive irony.” She rolled her eyes and reached for the gin.