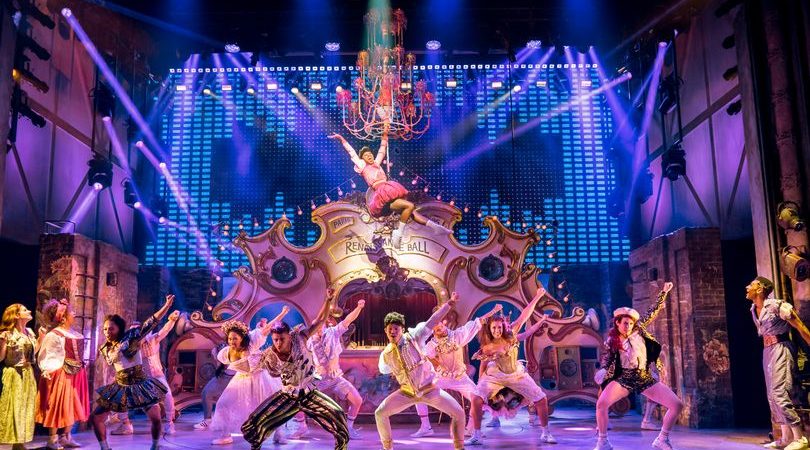 Not so much a remix of Shakespeare as a thoroughly modern sequel, packed full of fashionable themes like female empowerment and gender fluidity, all set to, ahem, bangin’ tunes from some bloke you’ve probably never heard of even though they’ve sold in the high godzillions. This sounds like a horrible, self-conscious disaster, right? Nor was my trepidation exactly allayed by a long run here in Manchester before they officially allowed any press in to actually see and hear it, presumably with an eye on its expensive London transfer.

Yet & Juliet is actually really good fun, as well as scarily energetic, and as good-natured as it is ear-splitting. It’s mostly frothy and feelgood rather than heavy-handed and there are plenty of pretty decent jokes, delivered with nearly as much gusto as all these songs you might not have realised you knew but I’ll bet you will, at the very least, have absorbed by osmosis. 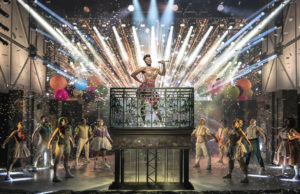 They’re all pop songs from the last couple of decades – hits by everyone from Britney Spears, Backstreet Boys and Katy Perry to, even, Bon Jovi – penned by one Max Martin, a reclusive Swede (who I think I scared by blundering into a private bar at the interval) who is, by most reckonings, one of the most successful songwriters of all time. Since 1999 he has written no less than 22 number one hits and is only just behind John Lennon and Paul McCartney when it comes to topping the US charts.

Yet how, you may well ask, can tunes like Katy Perry’s I Kissed A Girl, Britney’s Oops!…I Did It Again and Pink’s Fuckin’ Perfect possibly fit into a narrative based on the idea that Juliet (a powerhouse of a performance from Miriam-Teak Lee) didn’t die at the end of Romeo and Juliet but went off with Nurse (Melanie La Barrie), a gay friend May (Arun Blair-Mangate) and Anne Hathaway (Cassidy Janson) – aka Mrs Shakespeare but we’ll get to that – to find herself and have fun in Paris? The answer, for the most part, is pretty well done and often rather wittily. There’s some shoehorning, inevitably, but for a show that actually has a jukebox on stage for some of the time, this doesn’t deserve to be dismissed as just a jukebox musical.

The action kicks off with successful playwright William Shakespeare (Oliver Tompsett) about to stage the first night of his Romeo and Juliet, complete with its improbable missing of messages and subsequent suicides. When his wife Anne, usually left at home to look after the kids, unexpectedly shows up and points out that her self-important husband’s ending isn’t exactly on message about female empowerment or self-harm (I paraphrase), her offer to help with a new ending leads to her actually writing herself into the new story, followed by her decidedly miffed hubby. All sort of post-modern japes follow, complete with resurrections, unlikely reunions, and plenty of jolly gender confusion.

Despite a play-it-for-laughs brushing aside of the inconvenient notion of under-age sex, it’s all delivered with such energy that even the weedier jokes, such as the ones about “playing the virginal”, enjoy hearty laughter from a very-much-on-side, predominantly youthful audience. They also know that they’re never more than a few minutes away from another hit tune delivered by an enormously talented cast on a spectacular set, with some dance routines so hyper-charged that they are exhausting to watch.

Perhaps a few more tweaks might help ensure its broader appeal but, all in all, & Juliet is not just a very pleasant surprise but a very enjoyable show that could run and run. 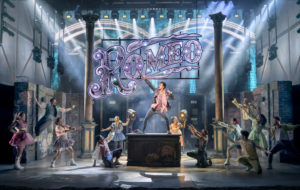 & Juliet is at Manchester Opera House until October 12, 2019. For more information, click here.