The Nutcracker is one of the few titles with the ability to entice even those who’d typically run a mile at the mention of ‘two-hour ballet’. A timeless tale which stirs up every warm festive feeling known to man, woman and child, it truly is the preserve of the every-brow.

Choreographed and directed by David Nixon, Northern Ballet’s rendition has real mass appeal. From curtain-up to final bow, it’s lively, pacy and playful – engaging an audience of all ages from end to end.

As the show begins, we witness the setup of the Edwards family’s Christmas party and the myriad characters in attendance (and, in the hands of such an expressive, impressive cast, boy are they characters – from a bothersome brother to a well-meaning but doolally grandmother).

The party itself is a visual feast. Two eyes are entirely insufficient when it comes to taking it all in – be it children gossiping, lovers carousing or people dancing, there’s action everywhere you look. This Nutcracker is set in Regency Britain and the bright, sumptuous costuming renders the experience of viewing the performers en masse akin to staring into the mesmerising depths of a family tin of Quality Street.

It’s not just the costumes that are worthy of note. Sets, too, are splendid throughout, with a series of layered backdrops lifting to reveal each new scene. Daniel Parkinson’s orchestra is flawless, and a few atmospheric sound effects add to the performance’s fun feel.

So far, so jolly and festive. But then we’re plunged into surreality as Mlindi Kulashe’s charismatic, cloak-swirling Uncle Drosselmeyer pulls out a pair of life-sized dancing dolls from a fancy chest-cum-Pandora’s box which also holds the titular Nutcracker – which, much to her brother Frederick’s chagrin, is handed to a delighted Clara Edwards.

When Clara creeps downstairs in the middle of the night post-party, the previously packed stage is now solely Rachael Gillespie’s domain, giving the dancer the chance to well and truly woo an already enamoured audience. As a performer, she’s assured; as Clara, she’s beautifully timid as she’s surrounded by a series of super-sized mice.

But she’s in safe hands: The Nutcracker (Ashley Dixon) marches forth from a castle – previously a mere china cabinet – to confront the Mouse King, and a battle ensues. The Nutcracker’s movements are clean and precise while his rival (Joseph Taylor) plays it louche and scrappy like a rodent Lou Reed. He’s a cool dude for sure, but still comes to a sticky end.

Uncle Drosselmeyer magics The Nutcracker into human form, sending Clara and the now-Prince into a fairyland featuring falling snow, swirling mist, and an enchanted sleigh. As act one ends, it feels like Northern Ballet has used everything in its bait box.

But there’s more in store. Act two showcases a breathtaking array of dancing styles as Clara and the Nutcracker Prince meet the Sugar Plum Fairies and are entertained by Arabian nobles, French ballerinas and Cossack dancers (whose performance may make you think of Home Alone – you’re not mad, the film’s Holiday Flight composition is a dead ringer for Tchaikovsky’s Russian Dance).

Eventually, as with all good nights out, Clara’s adventure comes to an end. She awakes in her father’s arms, in a room clearly devoid of any enchantment, and, via a final solo spanning an impressive number of styles, shows him a potted version of all that she witnessed during what it seems was all a dream.

You saw it coming, and here it is: Northern Ballet’s performance is a complete (Nut)cracker. 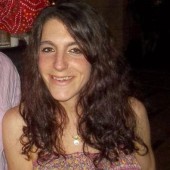