Bicoastal Blues: A Tale of Two US Cities 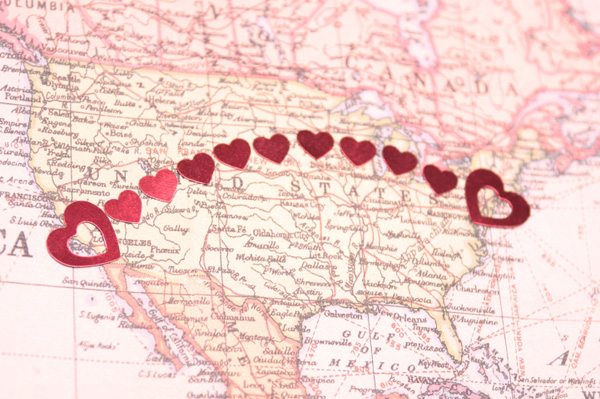 I’m just back from the eyeball-hurting, freezing cold of New York where my senses were assaulted by screeching subway trains, honking cars, the pitiful sight of panhandlers on corners, and the smells of garbage and cheap pizza.

Now I’m back in a squeaky-clean part of LA, lapping up the peace in the jasmine scented air, and missing the buzz, grit, and worldliness of Manhattan.

I’m in danger of developing bicoastal disorder – a chronic longing for the other coast. Feeling the pull of both coasts is particularly bad news for me since, being a Brit and a US citizen, I’m already a hybrid. And being a Northerner who spent so long in London, I was mixed-up to start with.

There has long been a rivalry between the US’s biggest, most frenetic city, New York, and laid-back, sun-soaked Los Angeles. But they are so different that most comparisons are unfair.

When people say New York, they usually mean Manhattan Island. When they say LA it might be Hollywood, the beaches, the West Side, Beverly Hills (the list could go on). In spread-out LA there is no ‘there’ there. To make the most of it you have to travel.

A friend once freaked out after arriving in LA because, as he confessed, he could not anchor himself. He kept on asking where the centre was. He just didn’t get it that there is no centre.

New York grew upwards, with skyscrapers. LA grew outwards, with freeways. In LA there are communities often defined by class or race, or both. In New York people interact, rich and poor rub shoulders, metaphorically and literally. Together they launch themselves across busy intersections. Together they travel the subways. They are a tribe united by proximity.

New Yorkers can’t easily avoid squalor. Subway rat stories abound. Two went viral – the one about the rat that dragged a piece of pizza down a stairwell and the less cute one about the rat that killed a pigeon. Now I have a rat story. In a subway entrance hall, minutes from our fancy Midtown hotel, a woman’s scream alerted me to a long, plump, rat which scampered brazenly a couple of feet in front of us and disappeared behind a ticket machine. My partner, Bill, in combat with the same machine, carried on regardless. In LA we whizz past such insalubrious sights in our cars.

The stereotype of New Yorkers as unfriendly is untrue. But most have a knowing look in their eyes, comfortingly familiar to a hard-bitten London hack like me. In LA, you usually only see that look among showbiz folk. New Yorkers stride, Los Angelenos stroll. LA peeps happily slob around in sweats, not so in New York, the US’s fashion capital. LA shouts recreation. New York shouts work.

The two places complement each other and are often an antidote to each other. What a pity they are 2,500 miles apart.

Nevertheless, LA and the West Coast, and New York and the East Coast, are united in one major way – they are generally more cosmopolitan than anything in between.

Entertainers often have a sneering name for the vast, mainly rural, expanse between the two coasts that they only want to glimpse from the window of an airplane – the flyover zone. Indeed, the attitude toward America’s heartland is such that locating a television show or movie there is code for a place with ultra-conservative values. 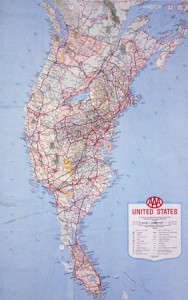 I, unlike American heartland haters, have a burning desire to visit all US states. But my politics would make it difficult for me to live permanently in Middle America, even though it is more diverse than liberals make out, with pockets of radicalism and culture.

I used to joke how nice it would be if LA and New York were next to each other so I could easily get a dose of both.

Only recently did I discover that the artist Nina Katchadourian had the same thought in 1993 and created a US map minus the centre. In her imagining you could drive over the George Washington Bridge and arrive in California in four hours.

I don’t envy the mega-rich, but I envy their ability to have homes all over the world. I often think that actor Dustin Hoffman has the best combination – homes in LA, New York, and London. But even he can’t be in more than one place at a time.

Until someone invents the Star Trek Transporter, I am making sure I don’t get too soft by getting a regular fix of New York with the help of the Internet. 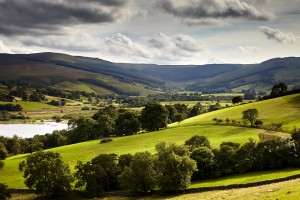 Sitting in my garden, biting insects permitting, I devour New York newspapers after reading the British ones.

But my wanderlust doesn’t stop there. On Facebook I like images posted by friends in Scotland. Pictures from the Landscapes Of Yorkshire site pop up in my timeline.

On Northern Soul I look, yearningly, at Paul Hunter’s landscapes of Northern Yorkshire, even though I have never been to them. Paul wants to stir positive emotions and give viewing platforms to those unable to visit the locations he shoots. He succeeds.

The seaside, the moors, the wooded valleys, give me a new-found appreciation for the county in which I grew up.

So where do I belong? My Bill says you belong to wherever you would like to die. But that’s a subject for another blog.

"I bought a pack of Post-it notes, intending to leave one on each corner of the pages telling the stories I was most moved by. This task soon became impossible." @BethCMJourno reads The Passengers by Will Ashon. northernsoul.me.uk/book-revie… @willashon @FaberBooks pic.twitter.com/U8tbzq5eQC

"There’s a card on my wall which sums me up perfectly. A present from my sister, it reads: ‘She just couldn’t behave herself with cheese.’" Our Editor @nugehelen receives a box of cheese from @wintertarn and has a splendid time reviewing it. northernsoul.me.uk/review-che… #cheese pic.twitter.com/hc9hmibdiJ

Still one of our favourite photos courtesy of our sister's cat Mitsy and our niece's Barbie house. pic.twitter.com/rRp2mcY5FX

Looking forward to Valette and a showcase of Northern Art at Manchester's @ContemporarySix later this month. #art pic.twitter.com/QtOwnLoAUp