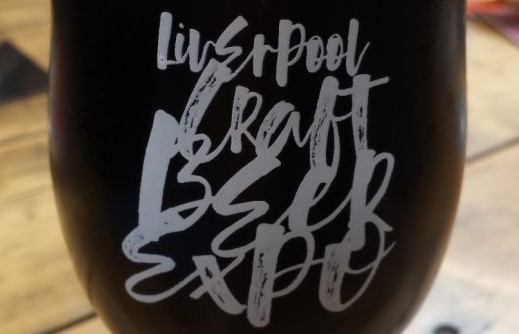 I’m sitting at a long wooden table nursing a half pint of something pungent. There are belly laughs, there’s banter, there are black pudding scotch eggs – all the essential beer accompanying paraphernalia is intact. In fact it seems the only things missing are morris dancers.

For this third instalment of my Brew North blog for Northern Soul, I’m at the Liverpool Craft Beer Expo. Now in its fourth year, it’s one of the new breed of beer festivals that has ditched many of the rites and rituals of yesteryear’s real ale shindigs – the aforementioned hankie-wafters and an aversion to keg-dispensed beers for instance – and replaced them with DJs, dope beats and, on one memorable occasion in Liverpool, doughnuts. Savoury ones at that. Yes, what a time to be alive.

In truth, I hadn’t been to a beer festival for many years prior to the inaugural Liverpool Craft Beer Expo in 2013. If attending all four of their events so far makes me a regular then I’m proud to be one, but with years of festival abstinence behind me, you might wonder how can I possibly know that beer festivals used to have morris dancers.

The answer is that, back in the late 1970s, my dad was a practitioner of this dark art. As a member of Sheffield City Morris Men he would drag his family along to all manner of shopping precincts, school playing fields and, yes, beer festivals, in order to ply his jingle-jangle trade. What began as a tight and disciplined display would become progressively more free-form as the afternoon progressed. As they leapt and capered and walloped each other with lumps of wood, I watched and wondered at the way they avoided serious injury following all those foaming pints of Scruttock’s Steaming Fol-De-Rol.

My other abiding memory is that the festivals were almost always held in university sports halls. In fact the dominant odour of a 70s beer festival was two parts spilt ale, one part fetid pump – by which I mean the colloquial term for a gym shoe rather than anything else pump-like.

It’s safe to say that the Liverpool Craft Beer Expo is not like that. Held at Constellations in the city’s Baltic Triangle district, the event fits snugly inside the venue’s beautiful reclaimed warehouse spaces, all bare brick, beer and bunting. On this Saturday afternoon the sun is beating down, which means that Constellations’ fabulous outdoor urban courtyard is heaving too. My kids are at Africa Oyé in Sefton Park, my wife is in Scarborough visiting a pal, but as I look at the rapidly flushing faces around me and clock their beaming beer-tached smiles, I decide that on this occasion there’s nowhere else I’d rather be.

So, to the beer. Regular Brew North readers will know that my modus operandi is to select a beer from a Northern brewery, drink it, then translate the experience into frothing, fermented prose. Finding Northern brewers at this festival is no problem, and as I circulate through the venue with my treasured Expo-branded glass in hand, I mentally tick off Thornbridge, Cloudwater, Wylam, Black Lodge – they all meet my stringent Northern criteria. Finally I settle on Atom Beers from Hull, for no better reason than I’ve never heard of them. That’s as scientific as my selection method gets, which is ironic as Atom’s tagline is ‘the science of brewing’.

They’re right to focus on this aspect of the beer maker’s art because concocting this magnificent substance is pure chemistry. There are so many reactions on the road to the perfect pint that it’s a wonder we ever get the same drink twice. If there’s one thing we can admire about Budweiser, it’s that its brewers have truly mastered the complex matter of making beer taste like nothing every single time. If that compliment sounds somewhat back-handed, it remains a compliment nevertheless.

As always at beer festivals, the choice available at any moment is in a state of constant flux. When I approach the Atom Beers bar, they have five options available. I decide against the IPA and American pale ales on the basis that the festival is awash with them, but am drawn to a beer called Dark Alchemy which, so the blackboard claims, contains “No Hops!!”.

At an event like this, those two exclamation marks really are warranted. The craft beer era – the years during which new thinking and old methods have collided to create an infinity of exciting flavours – has been built on hops, especially the sun-loving strains grown in the New World. For many, it was the experience of tasting beer made with hops from California or New Zealand that helped them realise that beer didn’t necessarily have to be the earthy British brown bitter they’d thought it was.

Hops haven’t always been used to brew beer. The drink itself is older than civilisation whereas hops have only been used for around 1,000 years. They are, however, now generally thought of as an essential ingredient in the brewing process. Depending on the varieties used and when they are added, they can contribute flavour, aroma and bitterness, as well as acting as a preservative. In the absence of hops, beer needs an alternative bittering agent. Without it, the fluid is unpalatably sweet. Historically, a variety of herbs and botanicals would have been used.

I ask the serving staff on the Atom Beers bar to tell me a little more about Dark Alchemy. I learn that it’s a porter flavoured with cardamom and coriander and, as there are no hops, it’s these spices that must serve to balance out the beer’s natural sweetness. At 4.9 per cent ABV, it’s a manageable strength for just after midday on a Saturday, so I hand over my glass and accept a half pint of this intriguing brew.

Dark Alchemy is certainly dark. Porters aren’t always pitch black – when held up to the light they can reveal a range of noir-ish tints – but this one is pretty satanic. As for its rapidly disappearing head, it’s the colour of spit after a tedious afternoon spent chewing liquorice root. I dare say no one does that any more, but the offspring of parents who frequented 1970s wholefood shops will no doubt be whooping and hollering in recognition.

I inhale a noseful of the beer’s aroma, picking up a variety of subtle herbal notes, but with so many beers to get through and so little time to do it in, I don’t dawdle over the sniffing.

I sip and then swallow. And it’s strange. It’s odd because there really isn’t any hint of what might be thought of as typically beery bite. Some beers are brewed for big bitterness – Brewdog’s Jackhammer for instance, or, at the most extreme end, Mikkeller’s 1000 IPA. Others push the malt forward and let hops take a back seat but even then there are all kinds of familiar hop flavours that simply aren’t present here. 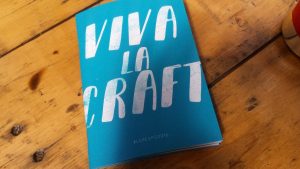 There’s lots of intense cardamom, which delivers a tasty aniseed hit. Together with the dark malts the overall sense is of a cleansing liquorice rinse. A bit like mouthwash, yes, but in a fairly delicious way.

In fact the main thing missing is the sensation of actually drinking beer. It seems that I’m so used to having my palate tickled by at least some hops that, without them, I can’t help but imagine I’m drinking a herbal temperance drink – the kind of thing enjoyed by Edwardian Methodists prior to a frenzied evening spent reading Fabian Society pamphlets.

Served rather too cold for a porter, the beer needs warming to be tasted at its best. So I wrap my hands around the glass and give it the benefit of my body heat. My fingers narrowly avoid frostbite but the beer is soon up to optimum temperature, which serves to soften its medicinal edge and reveals a greater variety of herb-garden flavours. But still…that lack of astringency or lip-smacking hop clout continues to misdirect my senses and I begin to wonder if this stuff is even alcoholic. As I gulp back the final mouthful I consider trying the same brewery’s Darker Alchemy – the same basic beer but ramped up to 8 per cent ABV – as it’s still available on the Atom Beers bar.

But no. That’s the end of my no-hops experiment for today. I’ve been pacing myself too long and it’s time to hurl myself headlong into the full festival experience. I want alcohol you could clean paintbrushes with, fluid that coats the oesophagus and, of course, more bitterness than Roy Hodgson’s last press conference.

What I don’t want though is morris dancers. As I pick up my glass and head off into Liverpool craft beer heaven, I say a little prayer of thanks that although my head will soon be ringing and feeling as though it’s been clouted with sticks, I can be sure that morris dancing won’t be to blame.