Byker Books (and not a sniff of PJ & Duncan)

Helen Nugent December 17, 2013 Authors & Reviews, Books Comments Off on Byker Books (and not a sniff of PJ & Duncan)

Way back in the mists of time, before e-readers were invented and everyone with a blog was a ‘publisher’, a group of people from the North East of England who weren’t that enthralled by reading the memoirs of some ‘reality show’ nonentity came together…in a pub. I was one of them.

We wondered aloud where the real writers were; the people we knew on the estate who loved the likes of Irvine Welsh and Alan Sillitoe and scribbled stuff around their jobs and household responsibilities. Then, after bitching for a bit, we actually decided to get off our arses and do something about it. Naming our venture ‘Byker Books’ (catchy eh?) we decided to educate the world about working class writers. That was our main motivation, well that and girls…publishers get groupies don’t they…don’t they?

Technically, we’ve been around since November ’08 (or we’re starting next year if you’re the taxman like!) which is when we published our first book (Radgepacket – tales from the inner cities) but our website went live a few months before that with various short stories we’d strong-armed people into giving us. The whole idea behind Byker Books was to give an outlet to writers of British fiction – I don’t know about you but I can’t relate to tales of boy wizards, ancient codes hidden in paintings or super-gorgeous teenage vampires. So we came up with a plan to put together short story collections that mixed new writers (the unknown and unhinged as we like to call them) and more established authors which we achieved with the Radgepacket series – now up to volume six. 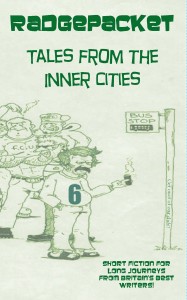 It wasn’t easy to attract contributions and submissions in the very beginning. People view you with suspicion (quite understandably really) and one online writers’ circle I approached basically told me to bugger off as they were going to be producing their own magazine (I don’t think they ever did incidentally and a lot of their members thus missed the opportunity to submit for Radgepacket). We spent many a night going through the various writers’ reference books and emailing writers’ circles and clubs etc. I think the fact we got a couple of ‘star’ interviews early on gave us a bit of credibility, and the chance to be alongside the likes of Danny King, Sheila Quigley et al helped bolster the quantity of submissions. Obviously we had naysayers left, right and centre telling us we wouldn’t get anywhere so, as typical Northern boys, the bloody mindedness kicked in and we ploughed on regardless of little things like not knowing how to use the software we’d blagged.

Fast forward to now and the great Kindle revolution has happened. This suits our aim of promoting and exposing new authors down to the ground. It has allowed us to publish edgier and more niche fiction without taking great financial risks and also allows us to promote books via the Amazon ‘freebie’ option.

To date we’ve published ten paperbacks, around 30 kindle books, have a BAFTA nominee in our stable and, more importantly, have published more than one hundred (100!) authors via our Radgepacket series. We’re proud of what we’ve achieved from a standing start but prouder still of knowing that over the years we’ve encouraged and cajoled some people into print who didn’t think they were good enough (there are at least four authors walking around today who became novelists because of our direct intervention). We’ve got drunk with our authors, learnt them new swear words and, with varying degrees of success, done our absolute level best to introduce them to the world.

And, despite being the mouthy little upstarts with our snotty noses pressed against the window of the big publishing party we’re not invited to, we’ll keep on keeping on because we’re Byker Books and this is what we do. 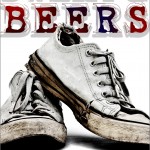