Caroline Clegg, the founder and driving force behind the award-winning Feelgood Theatre, would be the last to deny that the company has had its ups and down over the years since the first show in 1994.

“It’s nearly killed me off a few times,” she laughs of the various trials and tribulations, including the biblical weather that has occasionally accompanied the promenade shows in Manchester’s Heaton Park.  “But we’re still here and we’re still passionate about making accessible, adventurous theatre. I love this city, so everything I do has got to be of Manchester and made with that at its heart but with a universal thread.”

Indeed so, and it’s the passion, heart and indomitable spirit of adventure in all its work that’s made Feelgood beloved of so many theatre-goers. This summer the company is returning to Heaton Park for A Midsummer Night’s Dream, its first outdoor show there in several years.

“We went back there last year for Whispers Of Heaton but this is our first outdoor show there since Macbeth in 2009,” says Clegg. “It is slightly different from previous shows though because we do go inside the hall at the end.”

She describes the production as “site sympathetic”, as opposed to site-specific, and promises that it will definitely have a Feelgood-style edge to it.

“Obviously A Midsummer Night’s Dream has not been written specifically for Heaton Park, but it does sit well in these surroundings. What we’re trying to do is to bring all the history and the culture and the great stories of Heaton Park into the play as well. So, although I haven’t rewritten the Bard and without giving too much away, some of the Egerton family who lived there will, in our dream-like world, be part of a play within a play within a play.” 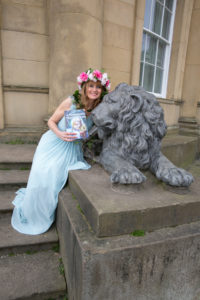 “The family were a great musical and theatrical family. For example, Seymour Egerton, who was Lord Wilton, the fourth Earl of Heaton, was a musician who had a highly regarded, albeit amateur, orchestra called The Wandering Minstrels Orchestra for 34 years, during which time they toured the world and opened the Royal Albert Hall, no small feat. He was also best friends with Arthur Sullivan. Charles Hallé often used to go there, and the actress Ellen Terry stayed there when she was performing in Manchester. We’ll be bringing a lot of those characters to life and also bringing into it other music that’s been connected with the hall since those early Edwardian times, for instance Oasis.

“We’re aiming to juxtapose the history of the hall with this sense that Heaton is a real people’s park.”

Since last year, Feelgood has been the official theatre partner with Manchester City Council for the park and hall. Clegg has ambitious plans for what this could mean for the city.

“My dream and long-term vision I’m calling a Field Of Dreams from the film of that name – anyone of a certain age will know what I mean. I’d like to get a regular summer repertory theatre company in the park, similar to what we did several years ago, with a team of actors that would also be part of the Heaton Park revival through culture. This is an amazing place and I’m passionate about it. We did our first show The Wizard Of Oz here in 1998 and really magical things happen in the park.

“It’s been a while coming but the council is now really positive and committed to reflecting the fact that it is so rich in culture. Eventually I’d like to encourage other groups to come in and do stuff too, as we did with the dance troupe Tangled last year. It’s all with the aim of having a permanent theatre in Heaton Park. Regent’s Park has one, so why can’t we?”

A Midsummer Night’s Dream runs in Heaton Park and Hall from July 20 until August 6, 2017 (no performances on July 23, 24 or 31). It’s suitable for ages eight and above – children must be accompanied by an adult. Venue is wheelchair accessible, although some of the grassy locations will need a strong push. At least the wheelchair pusher goes free. This is a walkabout show and rain will not stop play, so no refunds and please wear sensible clothing and footwear. Feel free to bring a cushion, blanket or light fold-up chair.