Marissa Burgess February 27, 2018 Arts, Comedy Comments Off on What’s on in March: Comedy in Manchester

It’s the first month of Spring – the days are getting longer, the sun is a bit closer, things are warming up (apart from the recent snow of course) and shoots are popping out of the ground. Sounds awful. Get back inside in the dark and watch some comedy.

As ever with Manchester’s only two dedicated venues to comedy, there’s a full line-up to enjoy this month.

At the Frog and Bucket there’s the usual Thursday to Saturday stand up nights with the new act gong-style night Beat the Frog every Monday. But also, this month the club introduces its first late night and first family show.

The first late show will follow the Barrel of Laughs show on Sat 10 then the first family show will launch the following afternoon, appropriately enough on Mother’s Day – Sun 11. The opening gig will see former wrestler Lee Kyle introduce juggler Steve Royle and improv from the Discount Comedy Checkout – who, incidentally, will return for their residency the following Sunday 18 with the adult version of their on the spot shenanigans. In the evening of Sunday 11th Iain Stirling, known to many as the voice of Love Island, pops by with his tour show U OK Hun? X. Later in the month on Sun 25, crazed Canadian Bobby Mair also drops by with adoption tales in Loudly Insecure.

Over at the Comedy Store, joining the weekend line-ups this month, is amateur comp night King Gong kicking off the run of Sunday gigs on the 4th. New Stuff with the delightful Toby Hadoke is on Sunday 11 and 25. And the comic who knows his stuff Alex Boardman introduces his favourite New Comedians on March 18.

Elsewhere in the month on Tue 6 a star of RuPaul’s Drag Race, Alyssa Edwards, drops in bringing glamour and her new show The Secret Is Out.

Shake with Laughter in aid of Parkinson’s UK is on Mon 12th with turns by Kevin Bridges, Paul Sinha, Mick Ferry, Ciamh McDonnell, Allyson June Smith and The Delightful Sausage. Then Howard Read, Big Howard to Little Howard’s well er… little Howard on CBBC brings Big Howard’s LOL-tastic Yukfest for Kids and well-trained Adults… rounding off the month on the afternoon of Sat 31.

A consummate funny man, a thoroughly nice bloke and everyone’s favourite beardy weirdy. Bailey heads out on his latest tour Larks in Transit no doubt with many an oddball instrument too. And maybe some actual larks. You never know.

Traditionally the Magnificent Seven is GT’s first show of the year but this year they’re fast following January’s Vol 4 with Vol 5 in March. And why not? January’s was a sell-out success as the gang behind one of the loveliest gigs about introduce seven acts you may well not have heard of. Check them out they know their stuff. Plus, creators of The Wrestling (comedians, well er… wrestling) double act Max and Ivan perform a headline set and the incomparable Phil Ellis hosts.

Newman and Baddiel reunited again. Both playing The Lowry on the same night. It’s a hard one to pick and whichever way you go on this be sure to catch the other on tour elsewhere as they’ll both be brilliant, intelligently thought out comedy shows. Newman latest research has seen him look to philosophy and how it’s seeped into out into out subconscious in Total Eclipse of Descartes (£17.50). Meanwhile, Baddiel takes on his father’s Alzheimer’s and the funny and tragic aspects it throws up in My Family: Not the Sitcom (£29).

Yet another month of great acts at XS. The first Tue (the 6th) sees top character comic Keith Carter transform into Stacey Silcox. On Tue 13 absurdist Brightonian Phil Lucas heads the bill and the following week on Tue 20 it’s the turn of sharp stand up Sean McLoughlin. Then rounding a month of Tuesdays on the 27th, with just a touch of the surreal about him, it’s Glenn Moore.

There’s something just a bit special about a Sleeping Trees show as they slink about transforming into several different characters with little in the way of a costume changes. Went down a storm at the Edinburgh Fringe the other year. Here they showcase all three of their movie mash ups with Sci-fi?, Mafia? and Western? across two nights.

The Aussie trio inspired by that classic sitcom interrupt your dinner in the rudest and funniest of ways.

Ruffell tours her acclaimed Edinburgh show from last year, Keeping it Classy. Incisive observations from the Portsmouth born comedian with a working-class upbringing.

This month Trapdoor presents a special surprise headliner at the Old Monkey on 14th and The Pint Pot on 21. It will be someone a bit special given the gig’s track record. Then on 21st at the Old Monkey, The Delightful Sausage duo perform a final outing for their highly acclaimed Cold Hard Cache debut show.

We on the Manchester circuit have known how good Malawian comic Chaponda was for years, but his success on Britain’s Got Talent last year brought him to a wider audience. So more, well deserved, bums on seats for this fine comedian who spins a great line in cultural observations.

Evans has always wanted to be recognised for his Genius, but he finds himself constantly thwarted by his distraction by the trivial. Maybe now is his time.

Glenn Moore (see above) teams back up with Matt Stevens to present the best from their four critically acclaimed shows. 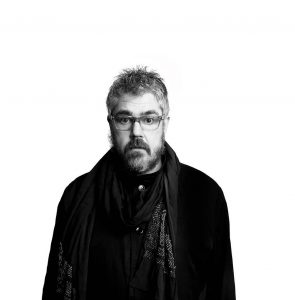 This well-known telly face is also a skilled stand up, poet, improviser and raconteur. Go check him out.

The wonderfully unhinged Canadian, or as he likes to put it, ‘majestic mountain moose in a tiger striped onesie’ brings his new show Easy Tiger to Salford.

An extra date for the magnificent Ryan on her Glitter Room tour.

Godliman crafts the gags to express her general bewilderment of the world. A charming, beguiling and brilliant stand up.

Probably little chance of begging a ticket for this first live tour by the Conchords in god knows how long. I saw them in a cave in Edinburgh once you know. They were brilliant then; no doubt still are. Book earlier for the whimsical musical Kiwis next time. 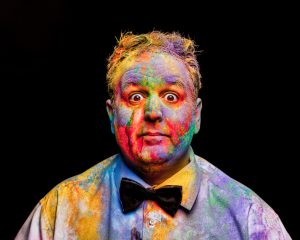 A further date for Robins and his Edinburgh Award nominated show, The Darkness of Robins.

The news reporter with blood pressure through the proverbial roof, attempts a critical examination of current affairs without letting his anger get the better of him. Will he manage it? Not likely. Great stuff.

Justin Moorhouse, Alun Cochrane and one of their pals try out new material. All proceeds to The Lowry’s Christmas Appeal.