Marissa Burgess April 30, 2018 Arts, Comedy Comments Off on What’s on in May: Comedy in Manchester Every May, I’m reminded of my time spent with Lord Summerisle dancing naked around a maypole then burning Edward Woodward alive in a wicker man. Or I may have dreamt it all. Still, all this lot are real. Check out our comedy round-up for this month.

The clued up comic’s tour, Re:Birth, about coming to terms with fatherhood continues.

It’s a bargain of a month May with not four, but five XS Tuesdays. Phew.

Kicking off the action is the quick-fire Matt Green on Tues 1 then, on Tues 8, the gang welcome gloriously irreverent clowning from Paul Currie.

Tues 15 sees a visit from environmental economist and funnyman, Matt Winning, and the following Tues 22 has a special hour length show from the innovative and boundary edging Jordan Brookes. Rounding off the month, Tues 29 is gleeful over-sharer Jenny Collier. As ever the wonderful Toby Hadoke will be your host for all five gigs and there will be full, and extremely talented, support at each one. What more could you want?

There aren’t many acts more off the wall than Mr. Tony. The oddball Canadian filters the everyday (and the not so everyday) life through his inspired nonsense. Wonderful stuff.

Manchester’s two dedicated comedy clubs power on through May with plenty of gigs for all it seems.

At the Comedy Store this month, aside from the Thurs-Sat weekend stand up shows, professional comedians test out new material under the watchful compering of Toby Hadoke at New Stuff on Sun 13. Seasoned local comic Alex Boardman presents his favourite new acts in New Comedians on Sun 20, plus the club launches their brand-new kids show on the afternoon of Sat 19 as Boardman, Jarred Christmas and John Cooper dust off their clean material.

At the Frog and Bucket there are plenty of extra gigs to add to the weekly line-up of Gong show on Mondays in Beat the Frog and the weekend shows Thurs to Sat too. Sun 13 sees another outing for shouty Aussie John Robertson and his fantastic interactive video game Dark Room.

Sun 20 sees the third of the Frog’s Family Friendly shows with Phil Ellis and El Baldiniho amongst others. Later that night, Jack Barry brings his call to legalise drugs show, High Treason, to the club. The following Sun 27 the Laughing Cows ladies take over the club with a full line-up. Then on Wed 30, the Spontaneous Players improvise their way through a new Hogwarts adventure in Spontaneous Potter.

The fantastic Christie brings her latest show to the Lowry. Expect an incisive take on the state of the world (and let’s face it it’s in a bit of a state at the moment) filtered through her trademark sardonic absurdism.

Justin Moorhouse and Alun Cochrane’s work in progress show in the cosy studio.

With the help of his friends, Radio One DJ Alice Levine and James Cooper, Jamie Morton brings his popular podcast to the stage. Inspired by his dad’s dirty book. Yes, really. 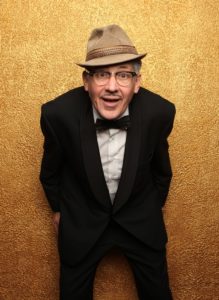 A legend of stage, screen and his local pub, the Count returns to the Lowry to regale with tales of his showbiz life. Be warned he’s armed with a box of video cassettes and probably a projector. Character comedy at its best. Wear waterproof trousers. 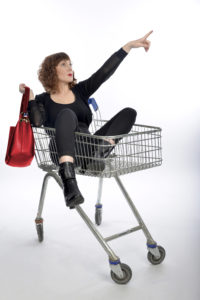 Millican explores the side of her personality that is enthusiastic about control, not control freakery at all… Brand new show from a top comedian who performed many early gigs on the Manchester comedy scene. A well-deserved four nights at the Apollo.

Fast rising star, and one half of the popular serial killer focused website All Killa No Filla, Pritchard McLean presents her latest solo show, “an immoral comedian’s morality tale about other people’s lack of morals”. A part of the Week 53 festival.

Willan’s highly acclaimed show exploring what it is to be labeled. In and out of care as a child then struggling to find her feet, Willan is one of life’s survivors and well funny with it. Most definitely one to watch – she’s going to be massive.