“I’m attracted to slightly broken people who have a desire to get fixed.” Con O’Neill talks to Northern Soul

Helen Nugent March 7, 2018 Arts, Northern Soul writes..., Theatre, We burn witches Comments Off on “I’m attracted to slightly broken people who have a desire to get fixed.” Con O’Neill talks to Northern Soul

About halfway through my interview with Con O’Neill, I decide this is the right time to tell him that I love Dancin’ Thru The Dark. I’m trying to play it cool, mustering all my reserve to prevent myself from standing up and declaiming: “I bloody love that film! My 16-year-old self was obsessed with it. I watched it so many times the video wore thin. I played the cassette tape to destruction. I thought you were proper fit in it.”

My 43-year-old self, the one who has been a professional journalist for two decades, cools her heels and says, all matter of fact: “So, let’s talk about your leading role in Willy Russell’s Dancin’ Thru The Dark. I liked that film.”

I am stumped and, unusually for me, lost for words. “Andy told me,” he says.

Andy. Hmmm. Andy Murray is Northern Soul’s film editor. Two days previously, he’d interviewed O’Neill for another publication and, as I learn now, sitting opposite O’Neill in a chilly, empty dressing room in the bowels of Manchester’s HOME, he’d shared my appreciation (for that, read obsession) with the guy who played heart-throb, Peter McGeghan.

“Andy is so off my Christmas card list,” I mutter.

Thankfully, O’Neill is, to borrow one of his own phrases about someone he admires, “horribly nice”. Brought up in Upholland near Skelmersdale, the 51-year-old is by turns funny, sweary, erudite and thoughtful. I imagine these qualities will come in useful in his upcoming performance in Circle Mirror Transformation. 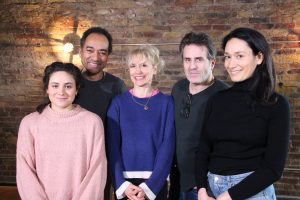 This isn’t a play I know, nor, I suspect, will many North West audiences. A quick Google reveals it was written by Pulitzer Prize-winner Annie Baker in 2009 and was well received off-Broadway. It received its European premiere at London’s Royal Court in 2013 with a cast consisting of, among others, Toby Jones and Imelda Staunton. This time around, the man in charge is Liverpool-born director Bijan Sheibani, much lauded for his recent production of Barber Shop Chronicles at the National Theatre.

Unlike some other roles, O’Neill, was offered the part and did not have to audition.

“As soon as I heard this was about a drama therapy group in America, I thought ‘arrggh, oh no’. But I read it and within five, six minutes, I was completely hooked. It is a beautiful, elegant, disarming piece of writing. And even if only three people come it’s worth it, worth it to be in the room with this cast who are phenomenal, and worth it to be in a room with Bijan who is just gorgeous.”

The plot hinges on a creative drama group for adults in a small town in Vermont, New England. The five-strong cast, which includes Amelia Bullmore, numbers O’Neill as the recently divorced Schultz. As the play progresses, the characters’ lives become entangled and transformed in unexpected ways. I ask O’Neill about his part.

“I’m always a bit wary about talking about acting in general because you always end up sounding like a wanker. My process is my process and I understand it. But when I try to explain it, I sound like a wanker. I’m always attracted to slightly broken people who have a desire to get fixed. And he is a slightly broken man who has been married to his childhood sweetheart and she’s dumped him. But he just wants to be a better man. He’s 48-years-old and suddenly his entire life has changed because the woman he was in love with doesn’t love him any more.” 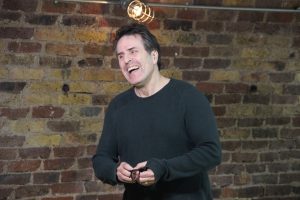 I mention that Andy (the aforementioned Northern Soul writer who dropped me in it), during his interview with O’Neill, alluded to Toby Jones, the Dectectorists‘ star who previously played Schultz on stage.

“I gather, Con, that you believe you’re sexier than Toby Jones?”

“Oh no,” he laughs. “Toby is a sexy fucker. Andy also told me to sing ‘Dancin’ Thru The Dark’! So we both now hate Andy. Anyway, I didn’t know Toby had done it when I agreed to do it. But we are very different beasts so I think our Schultzs will be very different.”

O’Neill’s acting pedigree means that he has worked with the great and the good of British acting talent, including Bullmore who, like him, was in Sally Wainwright’s acclaimed TV drama, Happy Valley. As it happens, O’Neill already knew the star of the show, Sarah Lancashire, because the pair had appeared together on stage in Willy Russell’s Blood Brothers back in the 1980s. In fact, O’Neill’s role in Happy Valley came about thanks to his appearance as Cliff in Russell T Davies‘ Channel 4 drama, Cucumber. 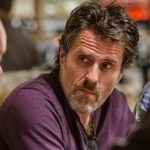 “I’d never met Sally but she was a fan of Cucumber which is how I got offered Happy Valley. I hadn’t seen the first series when the offer came through so I sat down to watch it to see if it was my kind of thing. I didn’t leave the sofa for six hours. I think it’s some of the best acting I’ve ever seen, and without a doubt some of the best writing I’ve ever read. It was a no-brainer as soon as I’d seen the first couple of episodes.”

If you didn’t see Cucumber, it’s helpful to imagine a present-day Queer as Folk where everyone is older and more insecure. Which, let’s face it, is pretty much the human condition. When it was screened, the Twittersphere was awash with prudes bemoaning some of its so-called explicit content. Initially, O’Neill was up for the lead, Henry, and was broken-hearted when he didn’t get the part.

“Then Russell [regarded as the man who resurrected Doctor Who], who I’d never met, called me and talked to me about Cliff. And I was such a fan of Russell’s, he’s a giant of a talent, and the nicest man in the world. He’s just horribly nice. He’s kind, he’s generous, he’s gifted, and you would throw yourself off a cliff for him. Although why you’d do that, I don’t know.” 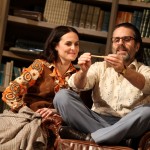 O’Neill is a lucky fella. In addition to Davies, he is also a long-time collaborator of Willy Russell, another guy who O’Neill says is a “really nice bloke”. Not long ago, in 2015, O’Neill played Frank opposite Leanne Best in Educating Rita at Liverpool Playhouse. At the time, it was the 35th anniversary of the iconic play. What does O’Neill think is so compelling about the play?

“Somewhere along the line, Educating Rita had become a romantic comedy, and it isn’t. It’s heartbreaking. Her decision not to go with him to Australia is based on the fact that he’s a troubled, broken man and she can’t fix him. Nobody can fix Frank.”

When O’Neill returned to Liverpool theatre, it was after a long break. O’Neill first tread the boards in the city as a teenager in a musical called You’ll Never Walk Alone about Bill Shankly’s ghost. “One of the reviews renamed it You’ll Never Work Again. But I had the best time.”

O’Neill’s family had nothing to do with showbusiness, but he did seek advice about the profession.

“My careers adviser at my school in Wigan, when I said I wanted to be an actor, told me not to be so ridiculous, and why didn’t I want to join the army. I had nowhere to go and no-one to talk to. Then, about six months afterwards, she gave me a manila envelope with a scrap of paper ripped from a notepad with the address of RADA, she didn’t even tell me what RADA was. And a Sunday Supplement interview with Felicity Kendal about winning Rear of the Year.”

I wonder if O’Neill went to RADA. 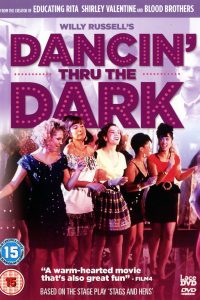 Which leads me, rather neatly, onto Dancin’ Thru The Dark.

“I haven’t seen it since the premiere,” admits O’Neill. “I tend not to watch stuff I do. It was my first film, a fucking lead in a film. And I thought, this can’t be.”

As it turns out, O’Neill was a bit miffed he wasn’t playing Eddy [in the original stage play, Stags and Hens, Eddy was the baddie, later portrayed in the film to chilling effect by Mark Womack]. Does he have good memories of making the film?

“A lot of the time we were very drunk. It was when the Brat Pack was happening in America and Claire [Hackett] called us the Twat Pack. It was great fun.”

Oh Con O’Neill, you’re not a twat to me. Wait, that sounds wrong. 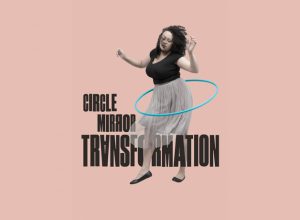 Circle Mirror Transformation is at Manchester’s HOME until March 17, 2018. For tickets, click here.