It isn’t easy to get a novel published, let alone read by the public. But when it finally happened for Lancashire-based writer Andrew Michael Hurley, it was well worth the wait.

Over the past twelve months his gothic horror tale The Loney has morphed from a limited run with a small publisher to a major release. Not only that, his novel scooped the Costa 2015 First Novel Award and, to his surprise, has been endorsed by none other than the maestro of horror fiction himself – Stephen King.

“It was amazing and surreal to get the thumbs up from Stephen,” Hurley tells Northern Soul. “I grew up reading his books and he was a big influence on me when I started writing so it’s been an incredible highlight. It’s been such a strange, wonderful 12 months. It’s all really surprised me but I’m so happy to have won the award and to be able to get my work out there.”

The book tells of a pilgrimage to a local shrine. The pilgrims in question are an ill-assorted bunch led by ‘Mummer’, who is seeking a cure for her son’s mutism and learning difficulties. Set on a bleak stretch of Northern coast, there are locals behaving oddly, secret rooms and, of course, an unexpected ending. But a gothic novel set along Morecambe Bay seems like an unlikely idea. 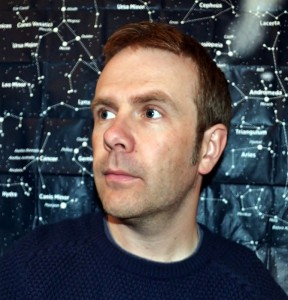 “I didn’t set out to write a gothic novel, it just kind of fell into that genre as it went on,” says Hurley. “It was very organic. The starting point was the landscape around the bay. When I started to write the novel I spent a lot of time in that area. It can be a very desolate, lonely kind of place and I think that living in this area you become aware of stories of shipwrecks and people drowning and being cut off by the tide and the quicksand. There’s a real sense of danger and menace under the water and sand that really affected me when I started going there, and I had to write about the place. To my knowledge, no one had written about it in fiction before.”

A great deal of horror fiction is set in small, claustrophobic spaces where there’s nowhere to run. The Loney turns that on its head by bringing real fear to a wide open expanse of coastline. Hurley sees it as an obvious setting for horror.

“There’s something very menacing about being alone on a place like a deserted beach because anything could happen really and if it did there would be no one there to help you. There’s as much terror in wide open lonely spaces as in claustrophobic ones. In the book the house becomes a claustrophobic place and they get trapped but it’s interesting to have those two opposing spacial aspects going on.”

Another recurring aspect of this genre is religion. Hurley isn’t surprised by the pairing.

“There’s certainly a connection between the gothic and Catholicism because Catholicism is rooted in very fundamental ideas. If you believe in God you have to believe in the other side as well. The characters in the novel believe in God but they also believe in evil in a very literal sense. I was very interested in trying to look at the way in which religion is a sort of veneer over much older beliefs that have a connection back to the land. Paganism and nature worship. I think this is why there is a very close connection between religion and horror.”

Folk horror films from the late 60s and early 70s such as The Wicker Man and Rosemary’s Baby were in Hurley’s mind when writing the book. Needless to say, The Loney easily lends itself to a film adaptation and translating it to the big screen is already on the horizon.

“Yes, it’s a done deal! The film rights have been bought and Film4 are partly involved so things will move forward with that soon. I don’t plan on getting involved with scripting as I’m not quite sure if I could adapt it. So it’s a bit scary in some ways handing over your baby to someone else to interpret but they’re very keen to retain the Britishness of the story and the landscape so I’m confident they are going to do a really good job with it. It would be amazing to see it on the big screen.” 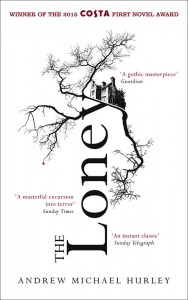 Within the horror genre, it’s most often the films that leave a lot to the imagination that are most scary – it’s the stuff you don’t see that has a lasting effect. This was a similar approach Hurley took with the novel.

He explains: “I didn’t want you as the reader to see directly what was happening. I think it’s always those things on the periphery of your imagination that are the most terrifying. It’s been really fascinating getting reactions to the book. Some people have said they were really scared and didn’t want to sleep at night. It seems to stay in your head which is satisfying. I think in terms of atmosphere it helps that there has been a resurgence in people buying print books recently. I like the touch of paper. I used to work as a librarian so I’m very into books and things to borrow, enjoy and keep over the years.”

Born in Preston, Hurley lived in Manchester and London but eventually returned to the North West where the surrounding countryside has greatly influenced his work.

“I love the landscape – I live two minutes away from a place where I can be on my own for hours on end and not see anybody,and I think a lot of writers in the North would say the same thing. You can’t live here and not have a relationship with the landscape. It surrounds you all the time so being from this part of the country has had a huge influence on my work and the way I feel about nature. I do treat writing like a job and spend a lot of time in the study typing away, but I also have to go out and be in the places that I’m writing about. That’s a really necessary part of it, trying to capture the landscape as accurately as I can and get a feeling for it. This only comes by spending a lot of time in those places.”

A debut success can mean pressure to follow it up with an equally popular book, that ‘difficult second album’ syndrome. But Hurley isn’t overly concerned.

“I’ve not experienced that pressure at all. Everyone is quite happy for me to do what I want to do and not come up with Loney 2. I’m working on another novel at the moment that doesn’t have any connection to the first book, although it is in a similar sort of gothic vein. I wanted to write something set on the moorland in Lancashire this time because it’s an exciting, fresh place for me to talk about. I do feel a little pressure but it’s going well so far and hopefully it’ll be out sometime next year.”

The Loney by Andrew Michael Hurley is published by John Murray. It’s also available as an ebook and at all good book shops and online retailers

Given the horror of 2020, we're buying a massive Post-it note and writing this on it: “Hope Smiles from the threshold of the year to come, Whispering 'it will be happier'...” ― Alfred Lord Tennyson

We're loving Michael Ashcroft's paintings, especially this one of the tremendous Peveril of the Peak in Manchester. @ContemporarySix pic.twitter.com/q96bNWWL8D

From the archives (and one our fave articles): The Turf of a Nation: Inside the British Lawnmower Museum @noiseheatpower visits Southport and discovers Richard & Judy's lawnmower, Hilda Ogden’s Qualcast Panther and Roger McGough's trowel. northernsoul.me.uk/british-la… pic.twitter.com/g6UwLEVjLP

@MichelleLHussey I walked past my favourite pub today and felt really sad. And thirsty.