There’s more than a little irony in the fact that a subsequent generation seems to be just as fascinated by the ‘romantic’ early death of Joy Division’s Ian Curtis as he himself was with the likes of Jim Morrison. In fact, there’s something of a minor industry these days in Joy Division/Factory myth-mongering that’s probably only surpassed by the Beatles/Rolling Stones/Elvis industries, with a couple of lightly fictionalised films – Control and 24 Hour Party People – as well as documentaries and any number of books already out there.

To my knowledge, though, New Dawn Fades – The Story Of Joy Division from Manchester-based writer and actor Brian Gorman is the first stage production to be devoted to, as Brian puts it, “the classic story of four ordinary lads who, inspired by the punk revolution of the 1970s, came together to form one of the most influential bands of all time”.

Unsurprisingly, it adds little to what we already know about these characters – Hooky is surly, Tony Wilson is ever so slightly effete, Martin Hannett is borderline bonkers – but it’s all very entertaining and works unexpectedly well, especially at capturing the spirit of the time. And, yes, I was one of the many thousands who actually was there, albeit only at the second Sex Pistols show (which, incidentally, the notoriously pedantic Wilson would never have said was at the Free Trade Hall when it was actually upstairs in the considerably smaller Lesser Free Trade Hall).

Wilson, for the purposes of the play, is narrating a Granada TV documentary on Curtis and the band in his, erm, unique style – a terrific performance from Lee Joseph, who is much more akin to the infuriating but endearing Tony I recall than Steve Coogan’s Partridge-isation of him in 24 Hour Party People. 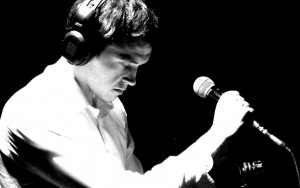 Cleverly, while the band (Michael Whitaker as Curtis, with Barney Sumner, Peter Hook, and Stephen Morris played respectively by Sean Croke, Guy Wills, and Andrew Michael Grogan, plus Natalie Marie-Perry as Ian’s long-suffering wife Debbie and Giles Bastow as band manager Rob Gretton) remain appropriately central to the story, this device allows the play to introduce some unexpected characters and brings a welcome levity to proceedings. The likes of Roman General Julius Agricola (builder of the military encampment in the 5th century AD that would one day become the Manchester we know now), Dr John Dee, and Frederich Engels put in cameos, for instance, as do various punk scenesters, including Pete Shelley and journalists Paul Morley (rightly lampooned) and Mick Middles, who’s treated, also quite rightly, with a bit more respect.

An apparently inexhaustible Sean Mason delivers most of these characters, as well as record producer Martin Hannett, thus playing an invaluable role in making sure the play doesn’t indulge in the kind of over-seriousness and morbidity that tends to afflict some areas of the Joy Division industry.

Neil Bell (who once himself played John Cooper Clarke on stage, by the by) directs with an ever-so-slightly cavalier style that, again, feels wholly appropriate to the material, although there were a few too many music cues. Speaking of music, the answer to the $64,000 question is, yes, they do play and sing live and, yes, they’re pretty good at it, especially in the no-hiding-place environs of upstairs at the Lass O’ Gowrie.

New Dawn Fades’ stint there as part of the ongoing Greater Manchester Fringe Festival is, as you might expect, well-nigh sold out, but I’d be very surprised if the play doesn’t have a life beyond this incarnation. 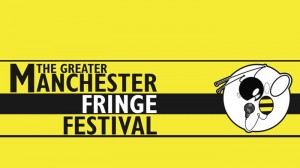