Kevin Bourke January 25, 2017 Arts, Theatre Comments Off on Playwright Simon Stephens talks about The Curious Incident of the Dog in the Night-Time 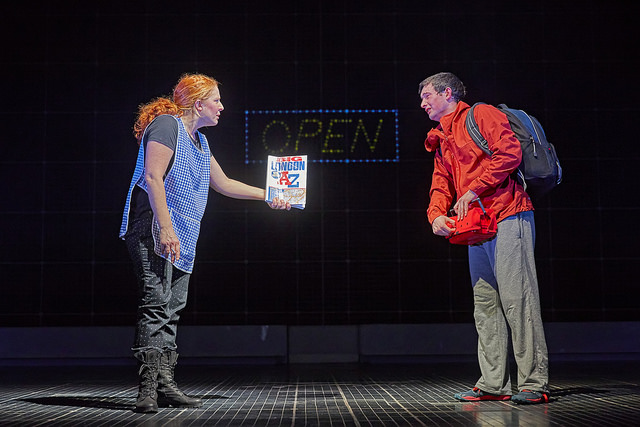 Manchester and the North have always had a close relationship with the National Theatre’s The Curious Incident of the Dog in the Night-Time. Both director Marianne Elliott and writer Simon Stephens, who adapted the show from Mark Haddon’s extraordinary best-selling book, originally hail from Stockport, and it was at the 2015 Manchester Theatre Awards that designer Bunny Christie first confirmed that the show would be returning to The Lowry after its award-winning and record-breaking run at the theatre over the previous festive period.

When the new touring production returns to The Lowry in Salford to begin its new 25-city tour, it will continue that association, both onstage and backstage.

For those who haven’t seen it, the show tells the story of 15-year-old Christopher Boone. As the show opens, it is seven minutes after midnight and Christopher is standing beside Mrs Shears’ dead dog, which has been speared with a garden fork. Under suspicion himself, he records each fact in a book he is writing to solve the mystery of who murdered Wellington. Christopher has an extraordinary brain, and is exceptional at maths yet so ill-equipped to interpret everyday life that he has never ventured alone beyond the end of his road, detests being touched and distrusts strangers. But his detective work, forbidden by his father, takes him on a frightening journey that upturns his world. 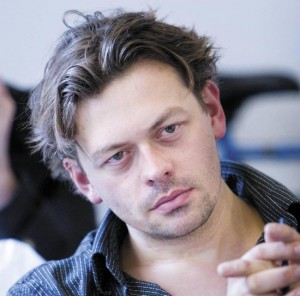 For this production Wilmslow and Manchester-educated David Michaels plays Christopher’s father Ed, and Stockport-based Bruce McGregor takes the role of Reverend Peters, while the director is the production’s former assistant director Elle While, who started her career at Bolton’s Octagon Theatre under artistic director Mark Babych. As youth theatre director there, her productions included Mad World, Millboys, Blackwood, The Magic Finger and Just So Stories, while Elle’s subsequent credits numbered The Winter’s Tale and The Taming of the Shrew for the RSC and Death of a Salesman, The Caucasian Chalk Circle and Cinderella at West Yorkshire Playhouse.

“All I ever wanted to do was to make Mark Haddon happy,” laughs Stephens when I ask him about the astonishing, and continuing, success of the show. The writer of such lauded shows as Punk Rock, Port and Blindsided, as well as The Funfair for the opening of Manchester’s HOME, says he had “loved his book for years and I was immensely flattered when Mark asked me to write it for him. I was inspired by it in earlier plays before I’d even met him. On the other hand, I was daunted by the book’s celebrity and fascinated by the challenge of how one dramatises a novel.”

And was Haddon happy?

“Well, he came to see rehearsals, and that was pretty nerve-wracking, believe me. Then he came to see the previews and the show at the National Theatre and in the West End and Broadway. So I believe him now when he said he fell back in love with Curious Incident all over again, and that makes me as proud as anything.”

The original production was directed by Stephens’ old Stockport and Royal Exchange pal Marianne Elliott and there are not a few technical challenges in staging it, given that the production has to reflect what’s going on inside Christopher’s head. Had he ever entertained – or even ever so slightly relished –  the thought that he might be dropping his old friend in it? After all even Haddon had considered his own book unstageable?

He whoops with laughter at the idea, and points out that, after the well-publicised incident of bits of theatre ceiling falling on a West End audience, they had actually been obliged to strip away all the technology and simply rely on the power of the story at a temporary venue. 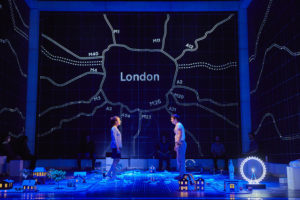 “The innate dramatic charge of Mark’s dialogue means his work is eminently stageable,”says Stephens. “I spent some time trying to separate the narrative from the prose of the book. I worked through it listing all the events that happened in the story. I then spent some time transcribing the direct speech. I had the hunch that in the direct speech there would be clues as to the book’s dramatic heart. It was through this that I came up with the idea of using Siobhan as a narrator. She is one of only three people who read Christopher’s book in the novel and her viewpoint is so much like the novel’s readers.”

So why was it so important that Elliott should be the first to direct it?

“Marianne has an innate sense of democracy. She combines a fearlessly and ferociously theatrical imagination with a real concern for her audience. This can’t be a piece of theatre that alienates people. It has to be a piece of theatre that you can come to if you’re ten-years-old or if you’re 90-years-old. It needs to appeal to people that have very high art taste in theatre but it’s also got to be a family night out. Marianne and the rest of the artistic team committed completely to trying to get into Christopher’s head and dramatise his world from within.

“Now Elle, who is very familiar with the production having been involved for years, is just as committed to wanting to tell Christopher’s story as honestly and properly as possible.”

How does he feel about the show going out on the road again?

“The whole notion of the tour seems to resonate beautifully with Christopher and his sense of adventure and bravery in the novel. The book is a road story and we’re hitting the road, which means the world to me. I’m also proud that we never compromised anything to have it succeed. We never tried to succeed with the play. We just tried to tell the story as well as we could. I think that bravery and sense of experiment comes through in the performance and the idea that bravery like that appeals to people is inspiring.” 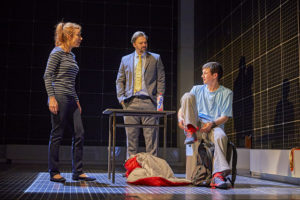 Christopher is partly inspired by his teacher Siobhan and Stephens himself was once a teacher. That’s not entirely a coincidence, surely?

“I think that the idea of a favourite teacher is one many people can relate to. She’s a peripheral character in the novel but central to the play. Both writing and teaching operate from the same optimism. The writer and the teacher work from the assumption that they can make the world better and they can change people. I loved teaching and the kids I taught continue to live with me in my imagination and inspire my work.

“A teacher called James Siddely taught me A-level General Studies. He was the first person I ever told that I wanted to be a writer and he encouraged me without reservation. Late in his life he came to see several of my plays in Manchester and we would have lunch. That was very special. He remains an inspiring presence in my work.”

Ultimately, the reason Curious Incident has proved so successful, Stephens believes, is this: “It’s a story about family. I think it’s about what it’s like to raise a child or be raised, to parent or have parents. I think it’s a celebration of the capacity for bravery in the most unlikely of environments. Stories of bravery resonate. Stories of families resonate.”

The Curious Incident Of The Dog In The Night-Time is at The Lowry in Salford until February 4, 2017, then touring to venues including Birmingham Hippodrome, Bradford Alhambra, Leeds Grand, Nottingham Theatre Royal, Sheffield Lyceum, Newcastle Theatre Royal, and Liverpool Empire. For more information, click here.