How the North (eventually) made a dog owner out of me 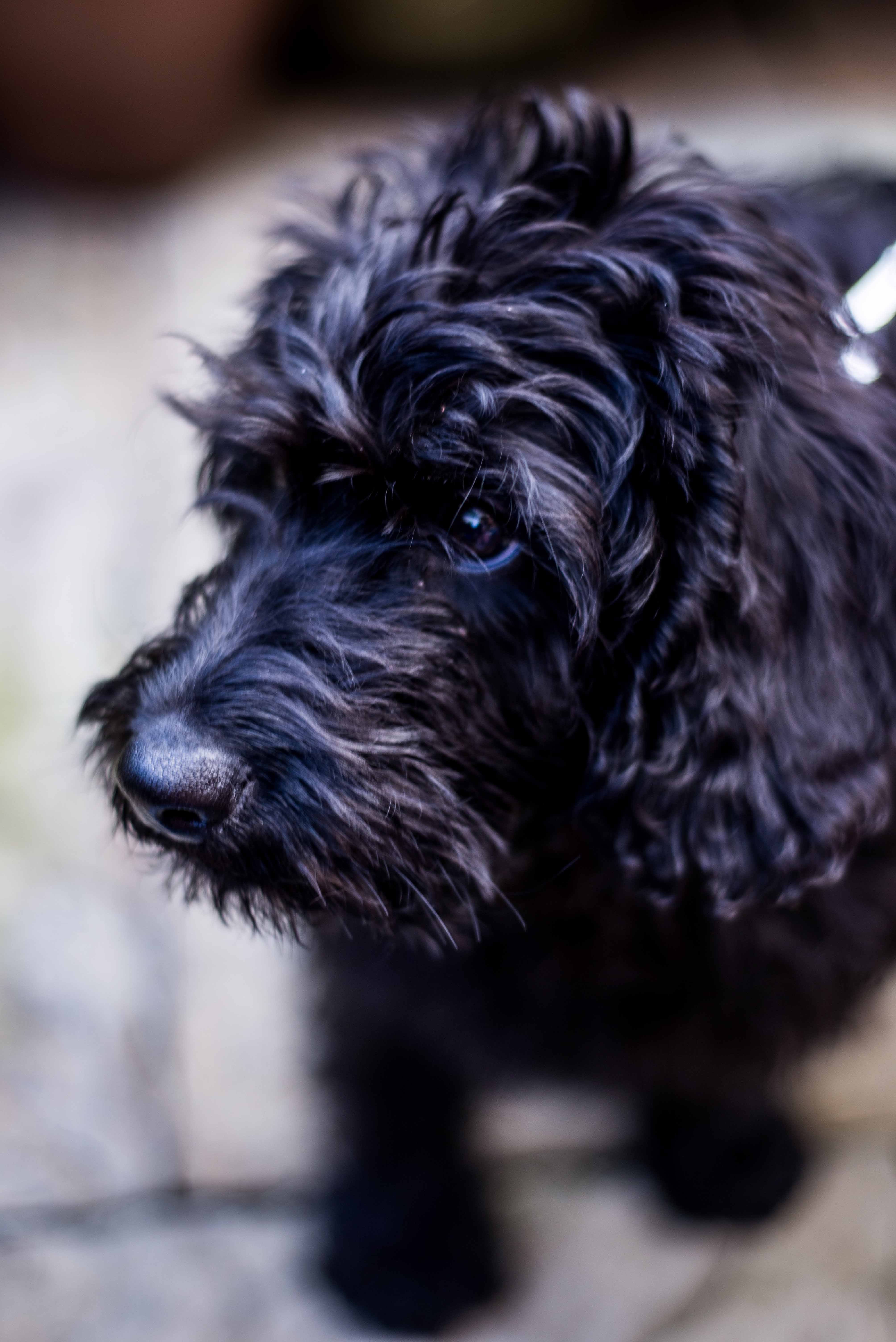 Only in what I choose to call ‘middle age’– with the implicit intention to live to at least 114 – did I become a dog owner. It was a project that must have been quietly gnawing away at me, so to speak, for more than 50 years, with three formative Northern experiences in childhood and youth that I now realise must have shaped, and possibly delayed, my eventual decision.

The recurring location is my maternal grandparents’ house in Failsworth, a few streets away from the A62, the main drag from Manchester city centre to Oldham. There was an annual family pilgrimage from East London at Easter or Whitsun to this most unlikely of places for a farm.

In its heyday, when my mother was a child and my grandfather Isaac Ford was a cattle dealer, there had been fields and grazing. By the time I became an infant visitor in the late fifties, the cows had gone but a few pigs remained. They soon went too, but a good flock of Rhode Island reds kept my doughty grandmother Eva supplied with no end of eggs for her baking, and the surplus was distributed to a nearby aunt, friends and neighbours.

The first dog I became close to was Tiny; from memory a remarkably child-tolerant dachshund. Like me, he was quite close to the ground and very well-treated by grandad. On one visit, I discovered my sometimes rather reticent detective father had a skill I had no idea about, when he produced the most marvellous pencil sketch of this little pet.

Sometimes it just takes a cute dog and the arrival of some spare time in its company to reveal some previously obscure truth. 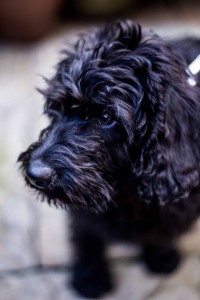 My next canine experience was a little more, let us say, complicated, and is seared on my consciousness. Mrs Franklin, a widowed neighbour of ours down south, was travelling to see her son, daughter-in-law and grandchildren on the Continent. So, we took charge of her white toy poodle Judy – a decidedly genteel and highly-strung creature.

Sod’s law dictated that this fluffy ball of effete neuroses would accompany us on our latest trip north. I was nearly 10 and deeply suspicious of this spoilt canine prima donna. I had discovered that blowing on her face made her cover her eyes with her front paws. As an inquisitive child with an interest in zoology, I admit with shame that I repeated this clandestine experiment in ethology whenever I thought I could get away with it.

Judy would insist on trying to get a little street cred by rooting around in the coarse cinders of the farmyard where chickens roamed and the occasional ancient bone festered. And so it was that my father, mother, sister, dog and I piled into the compact Ford Consul for the journey home on a decidedly warm sunny spring day.

All was going  well on what, in those days, was about a six-hour trip until, about 30 miles from home, Judy was overcome by what we assumed was one of her foraged treats and simultaneously vomited and shat. As the foul-smelling mess between us siblings was cleared up, we learnt on the car radio that another medical emergency was playing out across the Atlantic.

Film star Peter Sellers, then 38, was reported to have had a heart attack. Years later, it was suggested he had had a row with director Billy Wilder and then resorted to amyl nitrate to keep up, so to speak, with his new bride, the 21-year-old actress Britt Ekland. In our different ways – he with a Swedish blonde, I with the floppy-eared Judy – we were having problems with the ladies.

My third doggy episode is an especially bittersweet memory of a few years later, when at the age of 18 or so I returned to my grandmother’s with my girlfriend Pauline. By this stage there was neither a resident canine nor one that had travelled north.

We two teenagers went out walking one day to the nearby semi-rural eastern edges of Greater Manchester around Daisy Nook, where my mother had been born, and the intriguingly named Crime Lake. For a few hours, we gained an attachment in the form of a stray Jack Russell terrier. He appeared from nowhere and maybe thought we were potential adoptive parents.

Somewhere in the mountain ranges of my domestic debris there is a faded colour photograph I took that day on a cheap camera of Pauline, in a very early seventies brown-and-fawn poncho, with this temporary pet by her side. She looked even more serene and lovable than usual. And somehow, at the end of a youthful and happy day, we somehow persuaded this fine little dog to leave us and – we hoped – find his owner.

A few years later, Pauline and I were both back north, studying across the Pennines at the University of Sheffield. And eventually we were married.

Sadly, we never got round to owning a dog together. We had no idea that, when we encountered that Jack Russell, she was already halfway through her life and just before her 35th birthday she would die of cancer.

But almost 25 years on, and with decidedly mixed emotions, it was time for me to take the plunge and enjoy the company of my own canines. I’d recommend it to anyone. 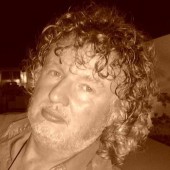 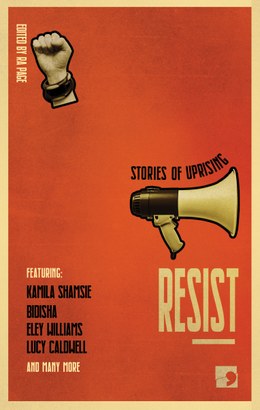 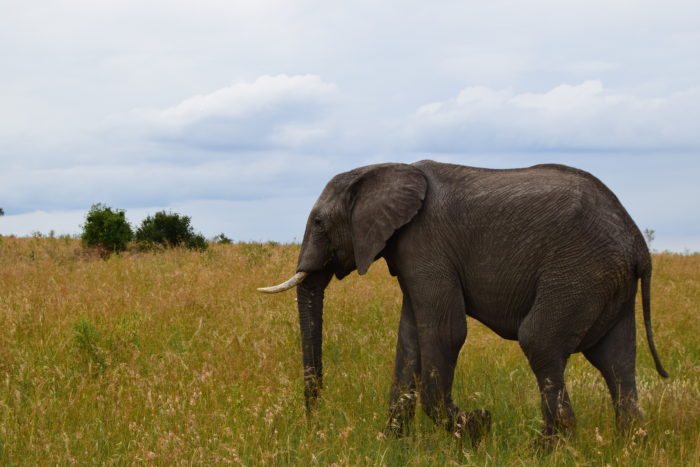 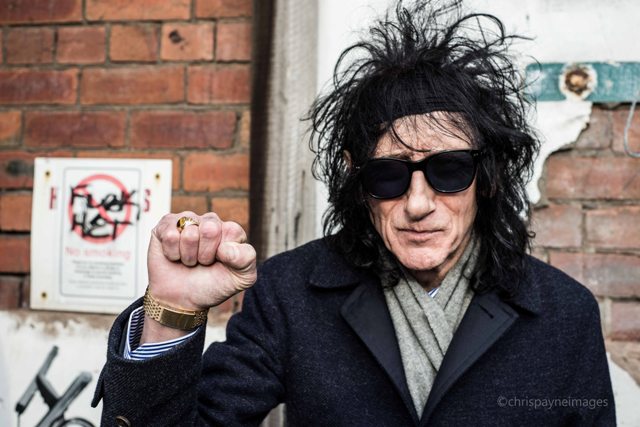 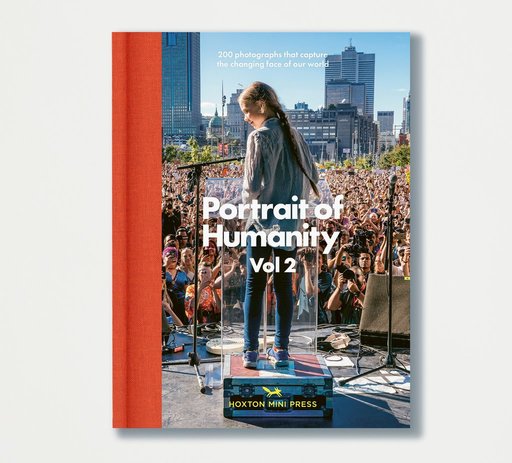