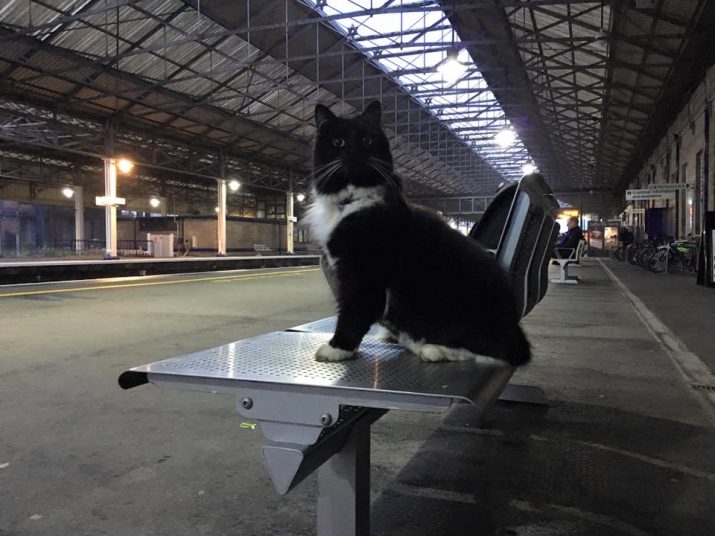 It is a matter of general agreement that, in today’s world, instant fame is too often accorded to the talentless and undeserving – the ‘stars’ of reality television, the one hit wonders of social media, and the disgraced minor public figures determined to turn their shaming into a successful career.

So it’s refreshing to meet a famous figure whose professional success, not to mention her worldwide fame, is built upon years of diligent hard work. I am of course speaking of Felix, the Huddersfield Station Cat.

Felix is famous, and when I say famous I mean properly famous. She’s appeared in just about every national newspaper this country has to offer. Her fame has netted her 60,000 adoring fans on Facebook as well as leading to a stream of appearances on TV news reports across the globe. 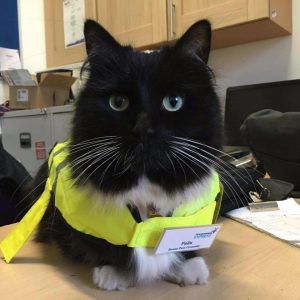 Felix is the senior pest controller for TransPennine Express at Huddersfield Railway Station in West Yorkshire, having joined the station straight from kitten school in 2011. Recently, after five years of diligently patrolling Huddersfield’s elegant Victorian station, TransPennine promoted this conscientious cat and equipped her with a smart new uniform and name badge.

This much deserved recognition proved to be the catalyst for catapulting a much loved feline into international fame. At Northern Soul, we’re always keen to get behind the headlines; we wanted to go beyond the glitz and glamour to give our readers some insight into what makes this go-getting career cat get up and go.

So, earlier this week we spoke to Yorkshire’s most famous moggy and began by asking her if, when she was at kitten school, she’d ever imagined that one day she would be so very famous?

“I had no idea. I grew up idolising cats in the movies, cats on TV and cats in that peculiar Broadway musical. Next thing I know, I’m famous too.”

And back then what had she dreamt of doing with her life when she grew up?

“I had always dreamed of being a railway cat and lucky for me that dream came true. I did also think about maybe going into space, but apparently cats have done that already.”

Clearly, Felix loves her job and judging from the pigeon-free state of the platforms she’s very good at it. But what are the perks and pitfalls of being a station cat? She says: “The most challenging aspect of my job is resisting the lure of the station buffet. And I love being out on the platforms. Some of the passengers bring me treats too, but shush, don’t tell my colleagues.”

But those aren’t the only cat treats that have found their way to Huddersfield Station. Of late, lovingly prepared care packages have begun to arrive from as far afield as New York and, in a generous gesture, this caring cat has insisted that where pawsable they are shared with her less fortunate friends at Yorkshire Cat Rescue.

It’s clear from comments on her Facebook page that Felix is an inspiration to cats across the world who are looking to forge careers of their own. Conscious of her new role as an opinion maker she’s keen to lend a paw, advising, “dream big, study hard and cut down on the catnip”. 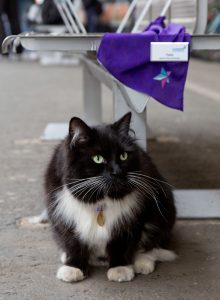 But Felix isn’t all about work and her playful side was revealed last month when she conspired with the Huddersfield Examiner to play an April Fools’ Day prank, allowing the paper to suggest that she had been head-hunted by local rivals in Leeds to become their station cat.

So when I asked if fame had gone to her head she gave a typically mischievous reply: “Wait…what? Sorry, I was thinking about how amazing I am. What was the question?”

Joking aside, there have been rumours that Hollywood is taking an interest in this famous feline. Although Felix has hitherto refused to comment on the matter, she did confide the following to Northern Soul: “My agent says I’m not at liberty to comment, but no contracts have yet received my paw of approval. I fear Disney may approach me, but I’m not sure I could abide working for a mouse.”

Knowing that she’s a busy cat with many responsibilities I suggest that a quick-fire round of questions is a great way for her legions of fans to learn more about their beloved station cat, and with a swish of her tail we’re off.

Top Cat or Jerry from Tom & Jerry?
Top Cat all the way. That Jerry is cruel.

Who is the bigger pest, mice or pigeons?
Pigeons, they think they own the place.

Catnip or cream?
Catnip. But in moderation of course.

Star Wars or Star Trek?
STAR WARS! When I get grouchy I’ve been told I sound like a baby wookie.

Chin or tummy tickle?
Chin all the way. Puurrfect.

Favourite platform?
Platform 1. It has a superb view of the trains. I’m a bit of a spotter at heart.

Peekaboo or hide and seek?
Hide and seek, although sometimes my humans don’t find me in time and I doze off.

Marvel or DC?
I’d say Marvel, but I am partial to DC’s Catwoman 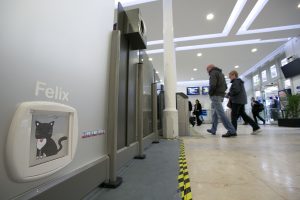 And with another elegant swish of her tail the quick-fire round is over and the interview is done, but not before I ask what the future holds for Felix the Huddersfield Station Cat.

“I have a long and fruitful employment planned with TransPennine Express, and I promise you my adventures are only just beginning. But for now, I think the future holds a very well-deserved cat-nap.”

Well deserved indeed, and thank you Felix, we love you.

Lend a paw: if you’d like to help cats less fortunate than Felix she’d love it if you could donate to Yorkshire Cat Rescue 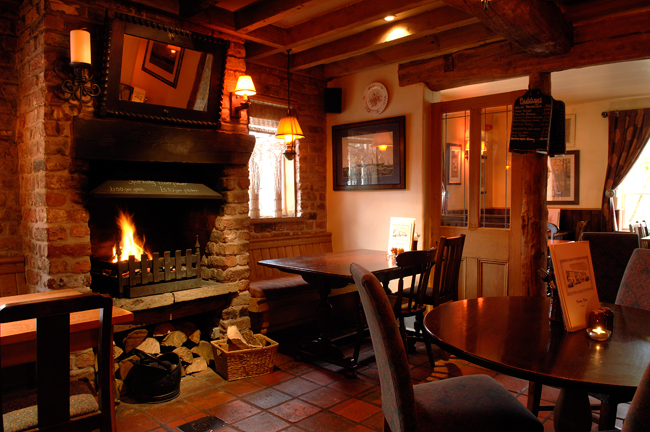 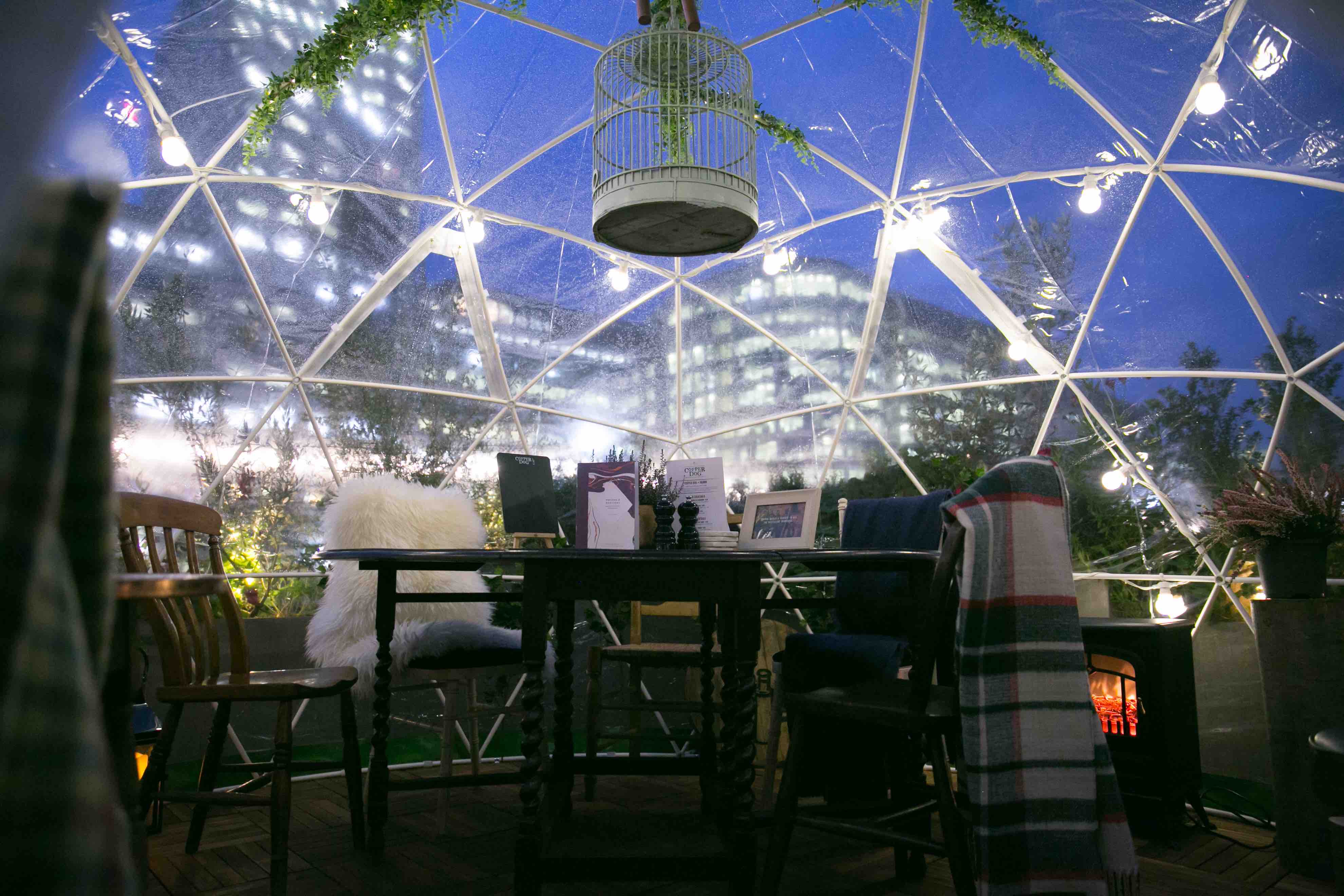 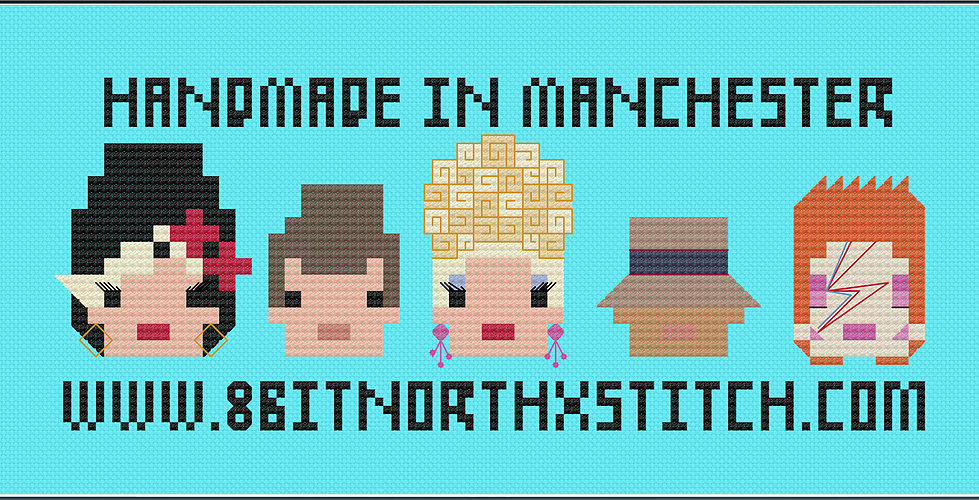 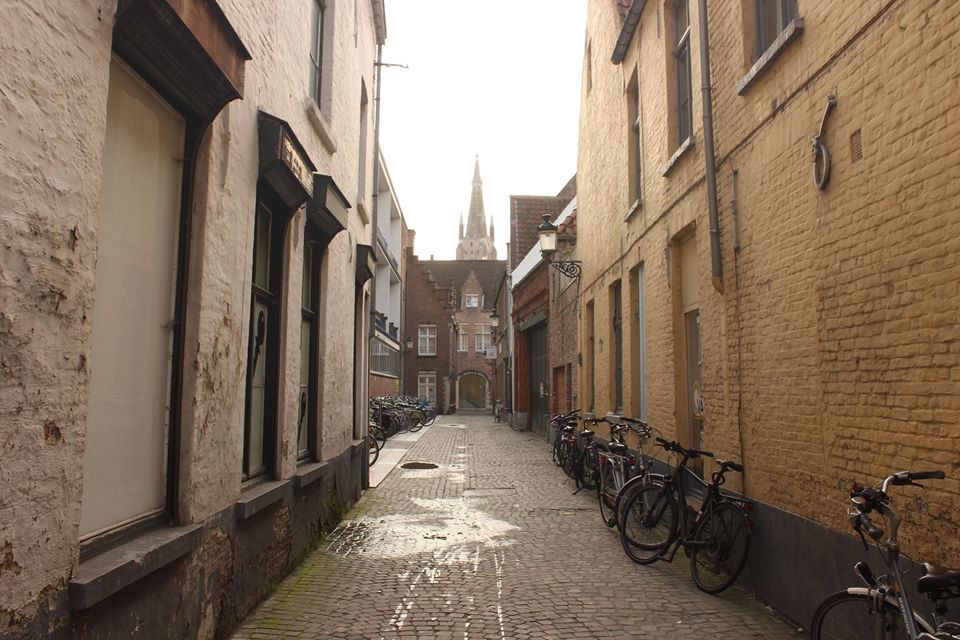