If ever there was a time when the world needed a bit of Christmas magic, this is it. Luckily, I can tell you exactly where to find it.

The Stephen Joseph Theatre’s Christmas plays have become something of a phenomenon in recent years. Hugely successful, family-friendly, joyous, witty, pantomime-ish (but without the cringe), I could go on. For Christmas 2020 the SJT dream team was set to weave its spell around a five-actor production of Hans Christian Anderson’s The Snow Queen, then you-know-what happened and the chances of a full cast and crew being able to do anything at all became slim. Cue the entrance of SJT’s frankly awesome spirit and determination that the show must go on.

Writer Nick Lane adapted his entire script for just one actor, COVID-19 security was worked into every aspect of theatre life, and, lo, one of the most important traditions of Christmas in the area was saved.

Having thoroughly enjoyed the theatre’s previous seasonal shows with its many roles, pacey dialogue and fast-moving action, I was finding it hard to imagine a similar style delivered by a single actor. But fom the minute the incredible Polly Lister appears, she peoples (and puppets) the stage with a huge range of characters and the audience is immediately absorbed. We follow the story of a young girl called Gerda as she goes “even further than Filey” to save her best friend, Kai, from the self-styled Snow Queen. En route she encounters many truly memorable individuals, such as a raven poet (or “poo-et”) and a red-nosed reindeer (but not that one).

Lane’s script is sparkling, crammed full of delicious wordplay and humour that appeals equally to both adults and children. Simon Slater’s tuneful songs bring clever changes in pace and style and afford the audience the opportunity to get to know the characters. Meanwhile, designer Helen Coyston and lighting and video designer Paul Stear conjure a wonderful world of beautifully lit silver birches, a swing that we all want to have a go on, Northern lights and even snowfall. The set becomes a place where video happily co-exists alongside puppets (directed by Gemma Fairlie) and everything works harmoniously to create a delightful and fascinating tapestry of theatre that keeps the audience absolutely rapt.

This clearly is a masterful team effort, but I must make special mention of Lister, a wonderfully versatile storyteller who sings, acts and puppeteers a multitude of characters to life. Her comic timing is impeccable and the way she ad-libs with the audience makes the whole evening feel like a special one-off just for us. Her commitment to the performance makes it effortless for the audience to suspend their disbelief (so that we don’t question the fact that a bobble hat or a red glove represents Gerda, for example) and we become part of the magic.

Sarah Hughes must be congratulated for casting Lister. Paul Robinson’s direction (assisted by associate director Chelsey Gillard) is also remarkable, making possible such impossibilities as a scene, for example, when Lister as one character convincingly fights herself as another character.

I can honestly say I have never been more engaged in a play. It is exciting, fun, crammed with seasonal joy and there’s even a sing-a-long at the end. Be quick and grab a ticket for your own share of this welcome Christmas magic. It will transport you from the woes of 2020 for two glorious hours and leave you smiling at the end.

The Snow Queen can be seen in the Round at the SJT on various dates until December 31, 2020. Access performances are included. Tickets, priced from £10, are available from the box office on 01723 370541 and online at sjt.uk.com. 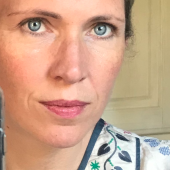