Back in the olden dias, seeking out Spanish cuisine in Manchester city centre entailed a visit to La Tasca or the venerable El Rincon. Currently, though, it’s quite the modish thing for eating out, and new tapas joints are springing up all over the place. El Gato Negro opened three years ago now so it’s no longer the latest kid on the block, but with its younger sibling Canto doing nicely over in Ancoats and a Middle Eastern restaurant from chef patron Simon Shaw’s stable soon on its way to Brown Street, it seems a good moment to check out the original. 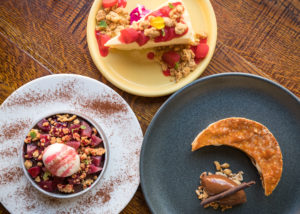 El Gato Negro is located in a cracking spot midway along King Street, with an entry level bar, charcuterie and casual dining area, a bright, airy seated upper restaurant level with open kitchen and, up top, a bar with a retractable roof. We didn’t make it up there but bear in mind this was before the weekend when it was still basically deepest winter. It’s pleasantly busy during our lunchtime visit, and it’s hard to imagine the restaurant ever getting tumble-weed quiet. There’s a buzzy atmosphere but it’s a spacious place which makes for an agreeably laid-back experience. The staff are the discreet side of attentive and it’s a fine venue all round. Even the vintage industrial toilet roll dispensers in the ladies’ loos are fab. Or so I’m told.

To the menus, then. As it happens, we divide up perfectly as a team, with one side of the table being veggie and the other side gaily ordering, um, a massive load of meat. Frankly, some of our findings differ. The Jamón Ibérico croquetas are exceedingly soft and creamy and the chargrilled lamb skewers, with spiced chickpea purée and harissa, are flavoursome and beautifully done. An off-menu special, thinly sliced flat iron steak with Pisco blue butter, balsamic glaze and crisp onion, is a striking, tangy concoction that works just fine too.

On the veggie front, the patatas bravas are perfectly good, but then to be fair it’s not a difficult dish so it’s hard to go far wrong there. The padrón peppers come with just the right judicious dash of Halen Môn sea salt and are delicious. Just as good is the spiced aubergine and that’s coming from someone who struggles with aubergine if it’s not thoroughly minced. In the event, though, the accompanying onion confit, fritarda sauce, lavosh bread and alioli makes for a skilfully done and tasty dish. On the other hand, the salt cod croquetas with piquillo pepper purée are felt to be pretty mediocre as they don’t have nearly enough of a fishy hit to them. 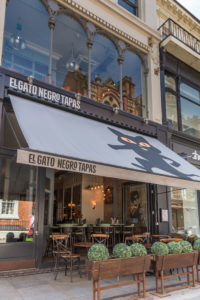 A glass of red wine and a subtle little creme catalan later, we’re stuffed, and we gather our thoughts. With so many tapas bars out there these days, it’s probably the case that higher quality dishes can be found at these prices, certainly if you venture out into the suburbs. The place itself and the bright, relaxed ambience within might actually be its strongest feature. For all that, the food at El Gato Negro is good stuff and there’s no question whatsoever that they know precisely what they’re doing. It’s nothing gob-smackingly wonderful, perhaps, but it’s by no means a let-down either. With this and Canto both being so jolly decent, Simon Shaw’s new Middle Eastern joint should be something well worth looking forward to. 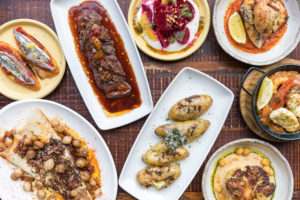 What would animals say to us if we listened to them? Picture Gallery: And Say the Animal Responded? FACT, Liverpool northernsoul.me.uk/picture-ga… pic.twitter.com/byQhsr9byx

What would animals say to us if we listened to them? On March 19, @FACT_Liverpool launches its year of The Living Planet with the opening of a major new art exhibition, And Say the Animal Responded? Click here for the full gallery ➡️northernsoul.me.uk/picture-ga… pic.twitter.com/197g6nouJF