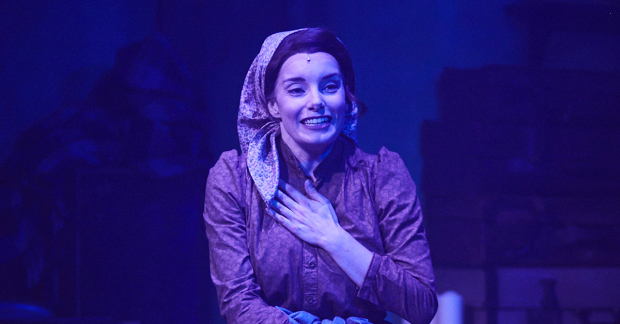 Stephen Schwartz launched his songwriting career aged just 23 with the score for Godspell. Since then he’s become a near legendary name in the musical theatre world with long-running Broadway hits such as Pippin and The Magic Show to his name. More recently, the clever and resonant Wicked, for which he wrote the music and lyrics, has become a massive worldwide hit.

But one show from his CV that has never quite lived up to, admittedly sky-high, expectations is Rags. With a book by Joseph Stein and music by Charles Strouse, it has often been described as the sequel to Fiddler On The Roof, which was written, of course, by Stein. As conceived by the great librettist, originally for the cinema, Rags told the story of the Jewish immigrant experience in America in the early part of the last century, exploring what happened to the families who came to the US from Anatevka – not necessarily Teyva and his daughters but the other families whose lives had been uprooted by the Russian pogrom. Set on New York’s Lower East Side in 1910, the story followed Avram and his three children trying to find their way in a new country.

It quickly became evident that the screenplay was better suited to the book of a new musical and thus began Rags’ long strange trip, including a notoriously brief Broadway run in 1986, closing after only four performances yet still receiving a Tony Award nomination as Best Musical.

In 1991, Sony released a studio recording of the score, the route by which most UK musical theatre fans will probably have discovered the show, and a dramatically rewritten and streamlined version also appeared in that year, with further reworked versions emerging in 1993 and 1999, as well as an incarnation reuniting Schwartz, Stein and Strouse for a World AIDS Day Concert version of the musical, celebrating the 20th Anniversary of the show’s Broadway opening. Most recently, David Thompson re-wrote the book for a 2017 version, the basis for this show. 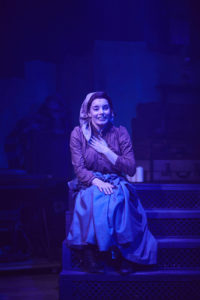 Throughout these goings-on, some of the original characters receded into the background and others emerged including Rebecca, on whom the story is now centred in this new and finally ‘definitive’ version, premiering in Manchester with the wholehearted support of Schwarz himself, who attended the opening night. The story of how Manchester-born Katy Lipson of Aria Entertainment and Hope Mill Theatre’s Joseph Houston and William Whelton came to be premiering such a storied musical in a lovingly-converted Manchester mill is almost deserving of a feelgood musical in itself. But it’s surely not coincidental that the dauntingly energetic trio are demonstrating their commitment to quality musical theatre in the UK by opening their own Hope Aria Academy for young people hoping for a musical theatre career.

In an interview before that 1981 opening, Schwartz told Broadway’s Playbill: “We are being clear-eyed about the fact that basically immigrants were brought over here as cheap labour. On the other hand, the people who survived and transcended the experience made a life for themselves and for generations after them that is probably the best life anyone has in the world. But I don’t think Rags is about flag-waving.”

Thompson points out that the theme of the struggle of cultural assimilation remains as relevant as ever, that here “every character must decide what’s to be gained, and what’s to be lost, in the New World”. He has reduced, he says, the size of the story “making it much more intimate and personal. I have chosen to write about a single ‘melting pot’ family’, living in a small three-room tenement.” In other words, big characters in small spaces.

“This story,” he continues, “has become even more relevant, more important and, in many ways, more needed. There isn’t a day that passes we don’t read another headline about an immigrant family coming to America, hoping to find a better life. Or even more sadly, an immigrant family turned away because of growing xenophobia.”

The show opens as Rebecca (Rebecca Trehearn) and her young son David (George Varley or Lochlan White) are about to disembark, with her new friend Bella (Lydia White) at Ellis Island, where she discovers that without any cash, or at least relatives willing to vouch for her, she’s not welcome in the land of the free, whatever horrors she’s fleeing. But, somewhat reluctantly, Bella’s dad Avram (Michael S. Siegel) speaks up for her and Rebecca finds temporary shelter at the tiny tenement shared by Avram, his devout sister Anna (Jane Quinn) and her husband Jack (Tim Walton). The tenement doubles as a sweatshop, with Jack accepting that endless hard work and the exploitative prices offered by Bronfman (Gavin James), are the inevitable cost of staying, albeit barely tolerated and in constant peril, in America. But Rebecca, it turns out, is something of a whiz at not just sewing but design and their fortunes are shortly to improve, especially after Bronfman discovers her skills. Meanwhile, the flat underneath is occupied by the Italian family of Sal (Robert Tripolino) who is less happy than some of the other immigrants to accept their circumstances, while a regular visitor to the flat is Ben (Sam Peggs), who is as besotted with Bella as he is by his music. Outside on Orchard Street, colourful roving musicians and merchants ply their trade, while rival immigrant gangs patrol ‘their’ nearby streets, and, one way or another, pretty much everyone is manipulated by capitalist exploiters. Rebecca must decide what matters more to her – staying true to her roots and her family or adopting a new cultural identity in an attempt to ‘fit in’. 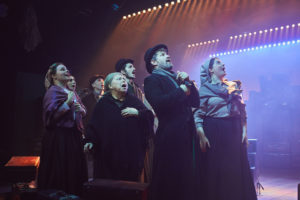 It’s a rich stew, embracing not only the immigrant experience but also the foundations of American music (‘rags’ referring not only to the clothing trade but also to ragtime). Yet I simply wasn’t swept along with the show, at least in the way so many others in the audience seemed to be, leaving with an unshakeable feeling that the show somehow doesn’t quite gel. Perhaps there’s still just too much going on, so that, for instance, a tragic death and its aftermath can seem like just another event in the great sweep of history – although maybe that’s the point.

That said, there are many good, even great, points, including some terrific performances, wonderful songs, and an inventive design. What’s more, it’s often, and unexpectedly, very funny, it’s ambitious, and, of course, any sensible person loves Hope Mill Theatre, so it’s a show that’s absolutely worth your time. 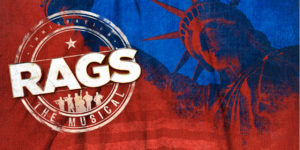 Rags the Musical is at Hope Mill until April 6, 2019. For more information, click here.