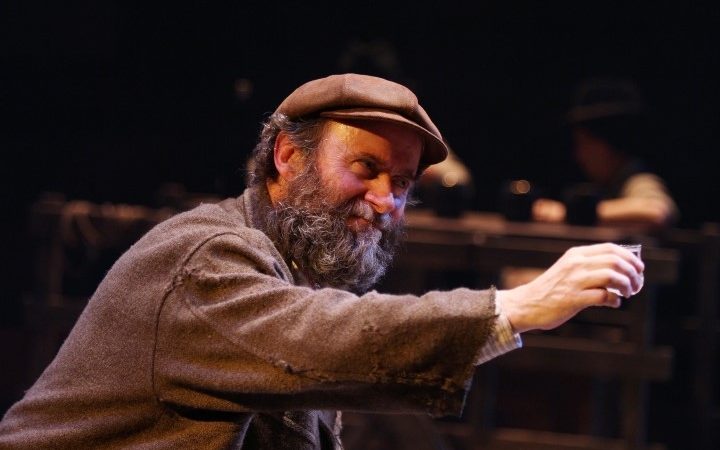 It is perhaps appropriate that the Liverpool Everyman’s first rep company in 25 years should open their inaugural production with a rousing song called Tradition.

For this is a theatre rich in history, particularly when it comes to rep. The company of the 1970s included future household names of the stature of Julie Walters, Pete Postlethwaite and Jonathan Pryce. But those famous days, like the old theatre building that saw them, are gone. This new company of 14, who will perform Fiddler on the Roof and four other works between now and June, cannot escape the shadow of their forebears, and yet the memory of Walters et al will not put bums on seats for long, or pay the bills of this first dalliance with rep since 1992. 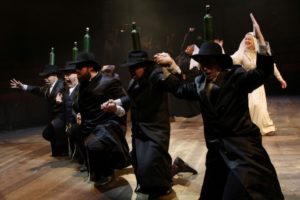 Happily for artistic director Gemma Bodinetz and the theatre-going public of Liverpool, it seems they have a new company of which they can be proud. Few people will have heard of Emily Hughes, who makes her professional debut playing Hodel, the second daughter of Tevye the dairyman, but her charming stage presence is likely to change that before long. More will know the name Patrick Brennan, or at least recognise his face from television shows such as Downton Abbey, and his Tevye is funny and hangdog, compassionate and obstinate as he steers a course through the expectations of his village neighbours and the hopes of his five dowry-less daughters.

Performed in the round, with a hard-working on-stage band and minimalist set design, this is not the “shtetl kitsch” of Philip Roth’s famous put-down but a pared-back and intimate Fiddler that gets the audience closer to Tevye’s conflicted emotions than a grander production would.

Hired in part for their versatility – they have Romeo and Juliet, and a new work set in Toxteth coming up, among other things – not all the actors in the new company would win prizes for their singing. But there is comedy – particularly from Dean Nolan as Motel the tailor – as well as pathos and humanity in this show. The Everyman, in promoting Fiddler, made explicit links between the current Syrian migrant crisis and the fate of Teyve and his neighbours, forced in the Imperialist Russia of 1905 to flee their homes under threat of violence. But this connection is not made overt on stage until the closing moments of the three-hour production. It does not need to be. What makes Fiddler’s message about migrants powerful is that most of the musical is not about migrants. The characters are people, with lives to live and sewing machines to buy and marriages to argue about. The threat of violence from the “outside world” encroaches only occasionally before it completely upends the villagers’ existence. They are not migrants. They are people, who happen to be forced to become migrants. We leave Tevye and family as they set off for a new life in America. What welcome would they get now?

Main image: Patrick Brennan in Fiddler on the Roof. Photograph by Stephen Vaughan.