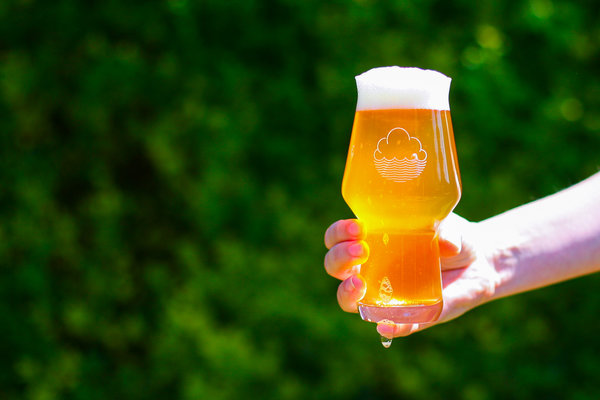 Northern Soul and People’s Powerhouse are continuing our partnership to share good new stories about businesses, people and communities coming together in the North of England during the COVID-19 crisis. As the country begins to loosen lockdown restrictions, we’re talking to Northerners doing excellent work across the region.

This week, we chat to Paul Jones, founder and managing director of Cloudwater Brew Co, an award-winning brewery based in Manchester’s Ancoats which launched a free door-to-door, cold-chain delivery service for drinkers. Cloudwater also offers a huge range of beer from guest breweries including its Manchester neighbours Runaway and Squawk. Neither brewery was able to offer online sales when the COVID-19 pandemic hit, so Cloudwater stepped in to provide them with a way to deliver their beer direct to customers while allowing them to take 90 per cent of all revenue from sales, which has been crucial to the continued health of their businesses.

What inspired you to step in and offer a beer delivery service which included neighbouring breweries during the coronavirus pandemic?

We have long made efforts to collaborate with and support our fellow breweries around Manchester and the team here have close relationships with folks at most of the other breweries in and around the city centre. Very early on in the life of the company, we funded and led the organisation of MCR Beer Expo, an open-door event that saw all of Manchester’s micro and craft breweries open up to the public for a weekend.

Prior to lockdown, we’d been sharing our tap room at Unit 9 with our neighbours Track because they’d had issues that forced the closure of their previous tap room at Crusader Mill and needed another outlet through which they could sell draft and packaged beer direct to customers. It’s this sense of community and collaboration that’s not only a big part of our company ethos, but also the craft beer industry as a whole.

So, once the COVID-19 pandemic began to accelerate and restrictions to trade became more likely, we reached out to fellow breweries within the city who we knew would have difficulty selling their beer in the event of a full lockdown. Neither Runaway nor Squawk have an online shop, so we wanted to give them the opportunity to use ours as a way of keeping money coming in when all their other routes to market had been shut down. We also wanted to make sure they benefited as much as possible from selling their beer through our online store, so offered to let them take 90 per cent of all sales income with the remaining 10 per cent going towards some of our own costs such as packaging, order fulfilment and shipping. 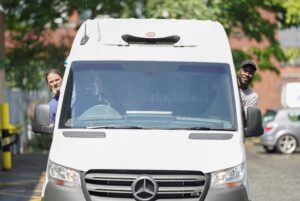 The response was incredible. During the early days of lockdown, it seemed like the whole beer community in Manchester rallied round us and sales for all the guest breweries were really strong. It was heartening to see sales of beers from Track, Runaway, Squawk, Mobberley, Pomona and Wander Beyond tick over at a rapid rate, and Mark from Runaway told us those sales within the first few weeks of lockdown allowed him to ensure all his staff could be paid that month. The good that came from this collective action was a real source of positivity for us at a time when we were all struggling to make sense of the changes to society.

What challenges have you faced during the COVID-19 pandemic?

Overnight, we saw routes to market that would typically account for 93 per cent of our sales completely dry up. Lockdown hit hard for all independent breweries across the country but we had at least anticipated it in the weeks leading up to it and had put a significant amount of effort into ensuring we were as prepared as we could be. Still, we were faced with a huge amount of uncertainty. We had no idea how strict lockdown would be, how badly the country would be affected by COVID-19, and to what extent we would be allowed to continue trading.

Fortunately, we had already put a significant amount of work into building a successful webshop over the last two years so, when we were forced to pivot hard towards online sales, we were in a better position than most to make a success of it. But that, in itself, also brought a series of challenges. As a business we weren’t set up to fulfil so many orders and deal with such a large amount of new customers, let alone to do so in a safe way that took into mind strict social distancing and safety standards. During the early stages of the pandemic, we were forced to scale right back on production, brewing just one day a week when we got brewing again, compared to eight to ten times a week at normal times, and turn the majority of our workforce pivoted towards order fulfilment, packaging and customer service. We had to implement a lot of changes rapidly and that was tough for our small team – at one point it seemed like each day brought with it a new, significant challenge.

How has the business/your community/industry been affected by the crisis? 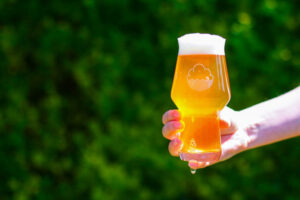 The full extent of the impact has probably yet to be realised. Breweries more heavily reliant on sales to the pub or restaurant trade have been more significantly affected by the crisis than those who were already set up for online sales. Our neighbours Track, for example, have found opportunity in what could have been a catastrophic situation. They successfully shifted their focus to direct-to-consumer online sales, which has had a positive effect on cash flow because they receive income from sales more quickly and are able to make a higher margin on their products.

For us, the picture is slightly more complicated because, although we have seen strong online sales, we are more readily set up for a heavier focus on trade sales and have two tap rooms, in Manchester and London, that have been closed since March. The real challenge comes now, as the furlough scheme comes to a close and hospitality activity resumes, albeit at a much lower level than was previously the case. None of us can predict what demand will be like in the trade over the coming months, especially as the effects of recession are more seriously felt, so we’ll need to be prepared to keep adapting to the changing landscape.

And how have they come together?

Breweries have come together in really positive ways throughout the crisis. We’re part of a group of independent breweries from across the country who meet virtually every week to share learnings and insights, and to discuss challenges and what strategies have been successful in tackling them. These are all companies who might otherwise only see each other for lighter conversation a few times a year and could be considered ‘competition’ to one another. Instead, we’re working together to find ways in which we can all move forward together.

Have you been surprised by the reaction to the delivery service?

We have seen a steady response so far, which we hope will increase over time as people understand what we’re trying to achieve through the service. It’s a really positive development for us as it allows us to get beer to customers exactly as we intend it to be presented and consumed. Since day one we’ve kept our beer cold after packaging, but until recently, most of our beer left our cold store to travel on unrefrigerated trucks, to unrefrigerated warehouses, to end up on unrefrigerated shelves. Not at all great for beer freshness and the best possible flavour. Cold-chain beer, delivered to customers’ doors, is the best possible replication of the quality beer experiences we were previously able to offer in our tap rooms. 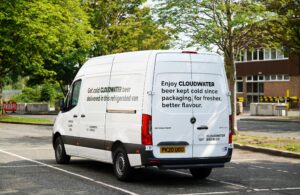 What does the loosening of lockdown restrictions mean to your business and how will you approach these new challenges?

The loosening of restrictions brings great risk to us as individuals and to the business as a whole. We aren’t sure we can meaningfully survive further substantial lockdowns and so we are deeply concerned that any loosening that’s overdone could do more harm than good. We are behaving extremely cautiously and only producing draft beer we are sure we have the market for several times over.

What does the ‘new normal’ mean to you?

Many of the social structures of society as it was pre-COVID-19 have been stressed to a point that’s highlighted gross injustice and inhumanity that too few of us were actively working to eradicate. It seems obvious to us that any sense of normality we strive for in a post-COVID-19 world ought to be one that’s inherently fair, just, and where opportunities and comforts are extended equally to all people.

As wider society wakes up to its privileges, so does craft beer. We think the new normal will be one in which efforts to support and embolden people around our businesses will take on deeper and more pressing meaning. Either capitalism will have to swiftly evolve to prioritise human and environmental needs, or we’ll have to replace capitalism with a system that values everyone equally. We have seen inequality manifest itself in the police brutality towards Black people in the US and in the way our government has handled the COVID-19 pandemic. BAME people and those living in poverty have felt the effects of this disease far more acutely than others. Given the privileged platform and receptive audience many breweries have, there is an onus on us all to show leadership in striving for social justice and in making up for societal bias which contributed to the privileges that allowed many craft beer businesses to be created in the first place.

Craft beer has always emphasised independent values and ethics, but those words are hollow unless we commit to real change.

Cloudwater Brew Co’s cold-chain delivery service allows drinkers based in every M postcode – and selected BL, OL, SK and WA addresses – to benefit from free, same-day delivery for orders of at least £30 placed by 10am, dependent on availability.

If same-day isn’t available, customers can choose a slot on another day that’s convenient for them. Click here for more information.