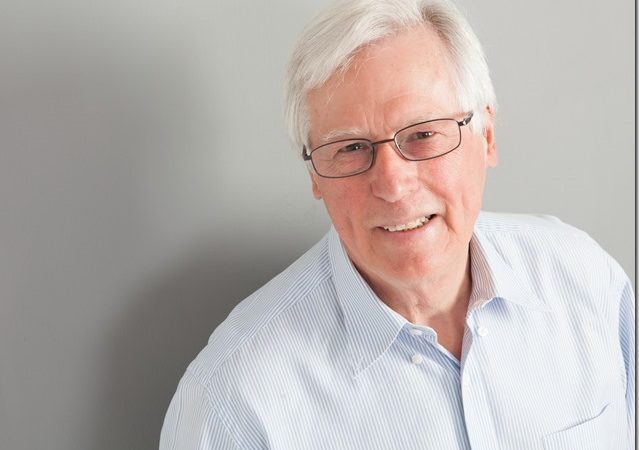 I know we all say it about the tele of our childhoods, but kids’ TV in the 70s really was special. There may only have been three channels but there were lots of shows you rushed home after school to watch, many leaving an indelible mark on young imaginations. Wacky Races, The Double Deckers, Follyfoot, Banana Splits, Vision On…the list goes on. And then there was Newsround. This topical daily bulletin deciphered the news headlines for a younger audience, helping to make sense of world events. It didn’t patronise or shy away from the big issues.

The show is still going strong, but for many it will forever be associated with its original anchor, John Craven. Sporting big collared shirts and kipper ties, Craven fronted the programme from the outset in 1972 and remained there for 17 years. When he left in 1989, he began presenting Countryfile, a role he continues to this day.

After a long, successful career, Craven is finally releasing his autobiography Headlines and Hedgerows: A Memoir. Having spent most of the 70s and 80s delivering the news to children, I wondered how he would tackle the same task in today’s baffling political environment.

“I would approach it in the same way that the programme always has,” he says. “Throughout its life, Newsround has always strived to explain complicated issues to children, starting with the Vietnam War and the political and industrial turmoil in the UK of the early 1970s. I used to collect as much information as I could about a particular story then sit back and say to myself, ‘I am eight or nine-years-old. How on earth am I going to understand this in two minutes?’ The script has to be simple without being simplistic and any jargon is banned. It was always a tremendous and exciting challenge. Writing for Newsround made me a better journalist and I think many adults who watched the show were grateful for our explanations.” 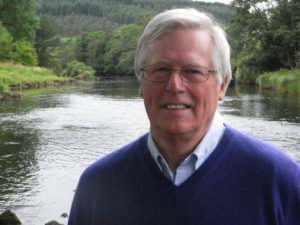 Craven was also one of the presenting team of the classic Multi-Coloured Swap Shop. The ‘shop’ opened its doors in 1976 and ran for six years. With a mix of guests, music, cartoons and mayhem, the live, three-hour marathon made BBC TV Centre feel like the most fun place to be on a Saturday morning. You could also swap your unwanted Etch A Sketch for a 10-colour biro if you managed to get on the swap board. For Craven, it was just as enjoyable to be part of as it was to watch.

“It really was fantastic fun,” he says. “All the presenters, Noel Edmonds, Keith Chegwin, Maggie Philbin and I, were also great pals and I think that really came across on the screen. There wasn’t an actual script, so it gave me, the serious newsman, the chance to let my hair down while still being ‘the grit’ in the show.

“The top showbiz stars of the day were pleading to be on it. Swap Shop was the first entertainment programme to last for three hours and was also one of the first to fully interact with its audience. Where else could children, on the phone at home, get the chance to talk to their idols and also do a bit of swapping? I can even still remember the phone number: 01 811 8055.”

And the show spawned a hit record when the team, under the band name Brown Sauce, reached Number 15 with the forgotten classic, I Wanna Be A Winner.

“It got into the lower half of the Top 20 but, sadly, I missed out when Brown Sauce had their hit. I was due to be on it, but I wasn’t around on the day it was recorded. Many years later I did even better, though. I was in Gareth Malone’s All-Star Choir for Children in Need and we got to Number One with Wake Me Up. All my life I thought I was a tenor, but Gareth convinced me I was a baritone. I sang my part alongside Larry Lamb and Craig Revel-Horwood. We rehearsed for days and recorded it in the same Abbey Road studios as The Beatles which sent a shiver down my spine.” 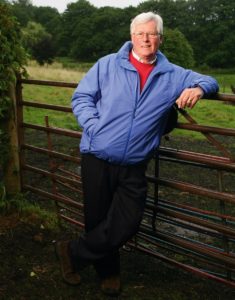 Meanwhile, Countryfile has become a Sunday evening institution. With climate change fears more prominent than ever, Craven is, unsurprisingly, a staunch advocate for preserving the beauty of our countryside.

“As a nation, our British countryside is one of our greatest possessions and it needs to be cherished and protected. Children always want to do their best for nature, but sadly attitudes can change when they grow up. What’s needed is for all of us to hold on to that passion we had as kids so that our countryside survives all the pressures that are put on it from industrialised agriculture to the effects of the changing climate. We don’t own our countryside, at least most of us don’t, but we must behave as though we do.”

In today’s celebrity obsessed culture, autobiographies have lost a certain amount of currency, with reality show contestants and pop stars barely out of their teens releasing books about lives barely half lived. One year shy of 80, Craven has many stories to tell from his long career, making Headlines and Hedgerows: A Memoir a fascinating read. I was curious to know why it took him so long to write about his life.

“I thought I’d leave it until I had enough to write about,” he reveals. “My publisher asked for at least 90,000 words and I thought I’d never manage it because throughout my career I’ve always written short pieces of no more than 500 words. As it turned out, it was surprisingly easy to write, and I could probably have written much more. I really loved going down memory lane and it was also important to do it now while I can still remember everything.”

Over the course of Craven’s career, there have been many changes and advancements in broadcasting. So what would the veteran reporter’s advice be to people who are just starting out in the industry?

“When I started in television there were just two channels and now there are hundreds. So, on the one hand, there are much more opportunities but, on the other, there’s so much more competition for jobs. I think you just have to believe in yourself and your talents.” 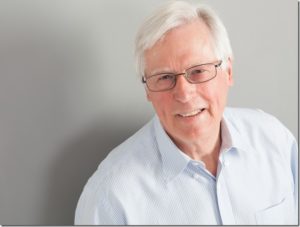 He adds: “Don’t take no for an answer and, all being well, you’ll make it. It’s also important to have a passion for it. I discovered my love for journalism in my teens. I started writing for my church magazine and then for the magazine at the factory where I worked. I eventually got into journalism as a cub reporter on a local newspaper.

“What has driven me on over the years is my curiosity and determination to understand the world around me and then try to explain it.”

One of the joys of Craven’s career has been the opportunity to interview a wide range of fascinating people. The list of his most memorable interviewees is too long to mention.

“From Prime Ministers to African dictators to pop stars, I’ve been so lucky to meet many outstanding people,” he enthuses. “I write about many of them in my book. Can you imagine how wonderful it would be to invite them all round to a dinner party? A particular highlight was filming in the slums of Kolkata with future saint, Mother Theresa.”

In terms of broadcast journalism, Craven has been there, done it and bought multiple t-shirts. But does he still harbour any career ambitions? “No, I think I’ve probably done enough. After 50 years on television, I bet the viewers are happy to just see me now and again on Countryfile.” 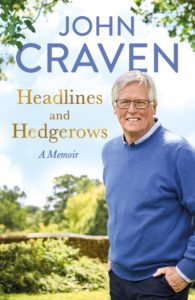 John Craven will be talking about his life and autobiography Headlines and Hedgerows: A Memoir at Rochdale Literature & Ideas Festival on October 18, 2019. Tickets and information at www.rochdaleliteraturefestival.co.uk.