As the first Spring shoots appear, my mind inevitably wanders to what more I can squeeze into my little garden. So you can imagine how intrigued I was to hear about the proposed plan for a women’s medicinal garden the size of four tennis courts.

The idea comes from Idle Women, a group who are no strangers to achieving extraordinary things. In 2015 they decided to design and build a narrowboat for women. Within six short months they had achieved their goal and a floating arts centre for women was born. Named the Selina Cooper after a northern suffragette, the narrow boat proved a great success.

Headed up by Rachel Anderson and Cis O’Boyle, their next project is establishing Britain’s first women’s physic (meaning ‘art of healing’) garden. With crowdfunding they plan to purchase canal side land just two streets away from where Selina Cooper once lived in Nelson, Lancashire. The narrow boat will be moored alongside to provide a warm dry indoor space for the colder months. I was fascinated by this bold plan. I asked Anderson what prompted the idea.

“When we were travelling around the northern waterways with the narrowboat we were struck by how green the landscape was but in contrast how little green space existed in the local towns,” she says. “Then during the months we were moored in Accrington we started to realise that the boat had created a safe space for women, almost like an invisible force field, and we wanted a permanent piece of land to continue that sanctuary. There was also a political element, the idea of women owning their own resources and no one being able to take it away from them which was very powerful’ 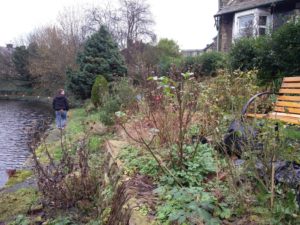 As a herbalist who is trying to cultivate her own physic garden, I’m interested to know what plants they intend to grow and how they will be used.

Anderson explains: “We have lots of ideas but we want to take our time to explore and understand the environment and see what already grows there. We’d like to look at the plants in great detail too, finding out what they do and how they can be used. We also hope the planning and design process will be part of the project, engaging local women and girls to be involved and be part of the decisions. A lot of the women are from different ethnic backgrounds so we want the garden to reflect the diverse plant knowledge from all these cultures. We’ve discussed the idea of beds being  grouped with plants for perhaps PMT in one, another dedicated to menopausal or digestive herbs, but it will essentially be a collective organic process which will evolve.”

Anderson has a foundation in herbalism so she is keen to share her knowledge with the local community.

“We want this project to be about learning a range of skills, the garden will be designed and developed by local women. We want them to learn practical skills like landscaping, planting and building with our outdoor classroom and compost toilet. We plan to run workshops about herbalism, women’s health and horticulture. We’ll also be encouraging self-education, giving women the knowledge to empower themselves.”

With cuts to so many services it’s obvious to see what kind of therapeutic impact this garden could have on local women’s lives. 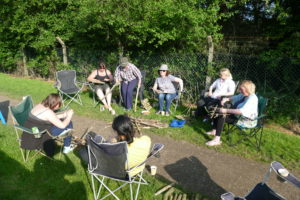 “Part of our plan has always been that this garden is going to be healing on many levels. Many of the women who come to us are recovering from trauma or suffering with mental health issues and we hope the garden can benefit them and aid their healing. Just the action of having your hands in soil has a therapeutic effect, being in contact with nature gives you a huge sense of well-being.”

It’s such a brilliant idea that I can’t help but imagine how useful such a garden would be for my local area – and for every piece of countryside. I wonder, is that their ambition?

“That would be amazing wouldn’t it?” says Anderson. “We have thought further ahead about what we would do if we managed to get more land in the future, we’ve talked about building a retreat, having woodland, so many ideas but really with this project we just hope we will inspire women.”

I am inspired. The potential of a physic garden for every community is endless. In this age of austerity, perhaps this is the kind of project that all communities should consider, finding ways to come together to support each other. Anderson and O’Boyle have proved that it can be done and their vision will have a positive impact in so many ways. I wish them the best of luck and, as I say to Anderson, I can’t help being reminded of a quote from the Dalai Lama: “The world will be saved by the western woman.” 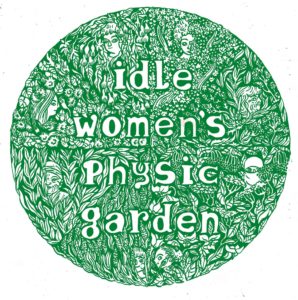