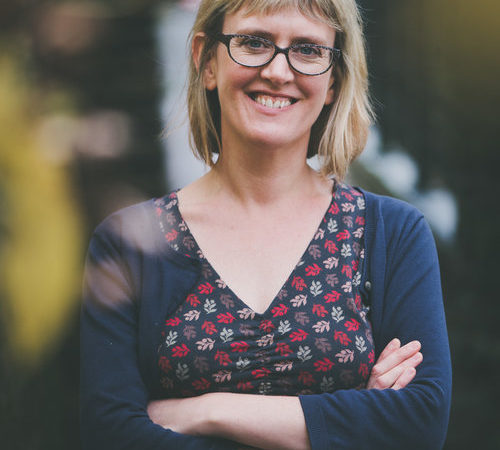 Young Adult fiction has experienced a surge in sales and popularity in recent years. From Louise O’Neill’s exploration of sexual consent in Asking For It to Angie Thomas’s brilliant novel about gun crime in The Hate U Give, the genre is tackling seriously hard-hitting subject matter. But there are those who still question how far it should take such themes. Is YA too morbid?

Personally, I reckon children are a tough bunch. Their tenacity and resilience often surprise me, and their willingness to engage in and discuss contentious issues is testament to just how engaged they are with the world around them. I’m an avid YA reader and I believe it to be a genre that pushes the boundaries and explores critical issues when others are afraid to ‘go there’.

My friend and YA author Danielle Jawando is in the process of completing her debut novel, And The Stars Are Burning Brightly. It’s about loss, grief and the impact of bullying, so not a fluffy read but nevertheless an extremely important one. After all, it’s through shared experience and a consistent dialogue that we find solace during periods of strife. As the author Matt Haig recently said in The Guardian: “I think books can save us. They sort of saved me.” Ditto. 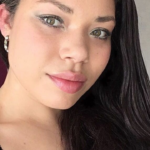 With my love of YA in mind, I headed to this year’s Manchester Children’s Book Festival in order to see Danielle in conversation with fellow YA writers Liz Flanagan, author of the brilliant Eden Summer, and Peter Kalu who wrote Silent Striker and Being Me: The Secret Notebooks of Adele Vialli.

All three writers explore themes of love, loss, guilt, fear and identity in their writing. Kicking off the discussion, Danielle asks Kalu and Flanagan how they manage to balance the darker subject matter with a sense of hopefulness or lightness, either with humour or through setting, or developing relationships with other characters.

For Flanagan, whose novel Eden Summer is set in Hebden Bridge and narrated by Jess, a young girl with PTSD, and whose prose is written in a raw and authentic way, she believes that while YA can tackle any subject matter, and nothing is off limits, the way you write about these things is certainly of importance.

“Even though there is tough stuff and darkness in the book, I always want there to be hope,” she explains. “It’s good to reflect some of the difficulties that we all go through to show any reader, really, especially teenage readers, that you’re not alone, but also to have light at the end of the tunnel.”

Danielle remarks: “There are really delicate, beautiful moments in the book in terms of Jess’s relationships that develop and setting.”

Kalu feels that going into a place that is personally painful is always a clever idea for a writer.

“You are going to be connected very strongly to the what you are writing. I do a lot of comedy, in fact when I started writing my crime fiction novels, the editor’s job was essentially to take out all the jokes. I was engaged with the excavation of those painful and complicated feelings in Eden Summer, that horror around sibling rivalry and guilt, and I think that everyone in YA is writing about liminality. Adolescence is a stage where you are moving into adulthood, not just our bodies, but in other stages in our lives.

“YA is the best area to reflect this stage. You [Flanagan] portray this movement of the child’s life – the beginning of relationships, the conflict – so well in Eden Summer. There are so many layers and somehow you manage to coordinate it all in such an engaging way. As a writer, I go to a certain point and then I get scared of the emotion and I move away. I’m not going to spoil the plot of yours, Danielle, but I was scared reading it. It’s horrific on one level, and on another you’re making these difficult things that happen to people accessible and so talk-about-able amongst that age group.”

Referring to the Melvin Burgess quote on Flanagan’s cover, Kalu states: “Let’s not patronise children. Let’s deal without difficult emotions. That’s what I get from Eden Summer.”

And that’s the sense I get from all three authors, and my own opinion of YA fiction. Let’s allow children to explore these difficult emotions with vivid, engaging characters and plots where they can recognise their own lives and realise that they are not alone. This sense of belonging and shared experience is so important. 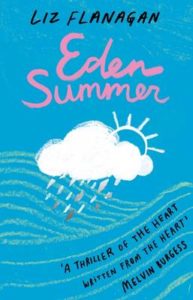 Both Flanagan and Kalu are parents but say they don’t take inspiration from their own children’s lives. For Flanagan, Jess came from what she observed as a teenager. “I think we always do that mixture of imagination, memory and observation as writers.”

Kalu agrees. “Things happen and you can’t intervene, and so 30, 40 years later, I am able to write about it, and it’s some sort of exorcism.”

He continues: “Kids always get things wrong. And that’s how they learn things. Just let them make mistakes in the novel.” Flanagan laughs. “I made a lot of mistakes as a teenager. I am not in a position to judge.”

In an initial draft of Eden Summer, Jess was going to be dead. “You’ve seen that film, The Sixth Sense?” asks Flanagan. “In every scene, there had to be at least three people having a conversation and Jess thought she was part of it. I rushed through a mini-draft of 30,000 words to see if it worked, and I showed it to my agent and my supervisor at university and they both said, ‘what are you doing?’ They can’t act, they can’t talk and they can’t change. And that’s not great in fiction.”

But there was something about the characters that stuck. “When I started to write it with Jess as a living character, it all started to flow more freely and then I had the idea that it was going to all happen in one day with flashbacks.”

Tense and structure certainly make a difference in fiction, but are extremely powerful tools in YA. 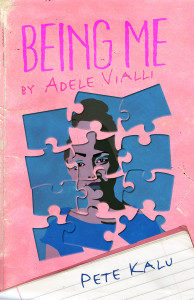 “Your novel is set in the present tense which makes it very immediate,” says Kalu to Danielle. Her novel is about a young boy whose older brother takes his own life. An artist, he leaves a drawing to be discovered after his death which his brother then races to find clues about, searching social media for answers and encountering surprising answers to questions.

“I deliberately wanted to set it in the present tense,” says Danielle. “Because he [the main character] is going on a quest to uncover why his brother decided to take his life.

“I cried when writing my novel,” she admits. 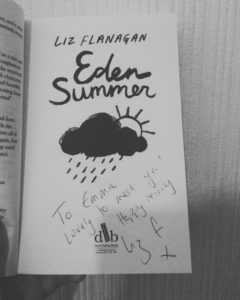 “I bet you did. It’s such difficult subject matter,” says Flanagan. “How did you approach this? Do you also feel that YA fiction needs to have hope?”

“Yes,” agrees Danielle. “I think the ending of mine is stark but there is hope. There is a message that you can get past certain things, but I think the important thing about YA is to explore these critical issues that people often shy away from. YA is an important genre for discussing these issues, and we need more books like that. It is important to have these conversations and go through these things, but to include a sense of hopefulness.”

Kalu reflects that whenever he visits schools, he always comes out slightly ashamed of “the bleakness and cynicism I carry within me because the natural state of young people is optimistic. It’s hopeful.”

Like I said, resilient little blighters. And far more capable of understanding and empathising with heady subject matter than we often allow them to be. But how do these authors navigate the knowledge that their audience is younger? And is it even important?

“YA readership is demanding,” says Flanagan. “You require a fantastic teenage protagonist and you need a plot to keep the attention for the reader. And also, when you’re a teenager, you’re asking a lot of questions in a really intense way, often for the first time. Things like ‘who am I? or ‘who do I love?’ ‘What is my life going to be about?’ and ‘How do I survive this thing?’ and I love that about teenage fiction.

“You can’t be self-indulgent as a writer, you have to always be thinking about your audience. I don’t censor myself, but I do question if it is right for the audience.”