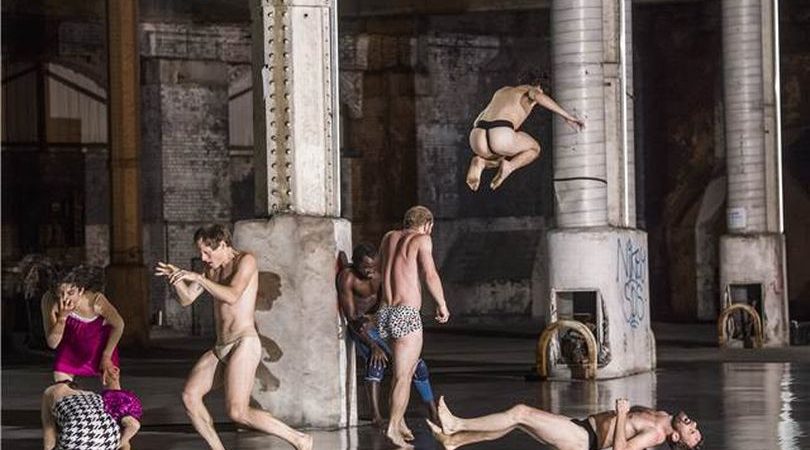 Boris Charmatz is not a conventional choreographer. In fact, he ‘choreographed’ very little of his latest work, 10000 Gestures.

The piece, which premiered last night as part of Manchester International Festival (MIF), is less a dance work, more a collection of movements, performed in succession by a group of dancers. When I interviewed the festival’s former artistic director Alex Poots ahead of MIF 2015, I asked him to describe the festival in three words. His answer was of course, “18 extraordinary days”. I’m going to employ his wry statement of the obvious here and say that this work is, very simply, 10,000 gestures. For once, the title couldn’t be more fitting. 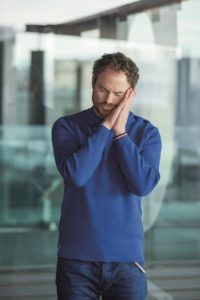 The setting for this performance, Mayfield, is something of a hidden gem in Manchester, if such a cliché is not reductive. An abandoned train station, the cavernous space provides feels intimate once Yves Godin’s lighting design comes into play and Charmatz’s 25 dancers surge forward. The pulsating energy of this gyrating orchestra of bodies not only fills the space, it seeps into every nook and cranny, breaking down any illusion of distance between performer and audience.

Watching 10000 Gestures feels like watching an acting workshop. You can just imagine Charmatz inviting these dancers into his studio and asking them to shed all inhibitions, access their innermost reflexes and magnify them a thousand times over. Each gesture borders on hyperbolic; movements are amplified and chaotic, at once heartfelt and comedic. One dancer plays air guitar on their own leg, and later on an audience member’s. Another squeezes their breasts, mimicking the innocent curiosity of a child. A wave of nostalgia comes from a raised hand pleading for an invisible teacher’s attention.

Watching all of these movements together ought to be overwhelming and chaotic, but instead it brings a certain sense of calm. Faced with such dynamic multiplicity, such a flurry of action, you can’t help but focus on singular dancers. You have no choice but to follow your senses, allowing your attention to be drawn by a particularly rigorous turn to the left or a scream to the right. In a way, 10000 Gestures is a middle finger up to the place dance holds in the art world; it celebrates the art form’s impermanence instead of criticising it. It persuades the audience that missing out is no disadvantage. Each audience member will walk away from this performance with a completely different memory and experience, and that is the best bit. 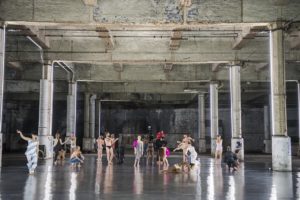 10000 Gestures is at Manchester International Festival until July 15, 2017. For more information, click here.

With the (slightly) warmer weather, there’s no better time to fire up the barbecue. @wingyipstore has created a selection of flavoursome recipes to spice up your summer. This week, it's delicious recipe for Skewered Sweet and Sour BBQ Prawns. #Scran northernsoul.me.uk/bbq-recipe… pic.twitter.com/l8Vm0OGMmr