Now is the Time: Melvyn Bragg talks to Northern Soul 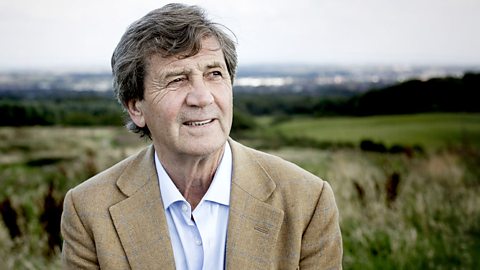 I have a bone to pick with Melvyn Bragg.

In another life, I used to go to all sorts of posh events. There was the time a friend and I tried to inveigle our way into the V-VIP room at the Moulin Rouge after-party (there’s always another level of la-di-da). Our foolproof plan was to follow the canapé tray into said V-VIP room, all the while wearing a couple of nonchalant expressions which said ‘yes, we belong in a room with Nicole Kidman, Ewan McGregor and Jamie Theakston’ (I don’t know what Theakston was doing there). We were turfed out before we could swallow our goats’ cheese puffs.

Then there was the occasion when I pretended to be Skin’s best mate (I wasn’t a fan of Skunk Anansie but she sticks out at a party). That actually worked. I was allowed into the inner famous-person sanctum. The last thing I remember is a supermodel holding a cup of herbal tea and encouraging me to take small sips.

But I digress. My issue with Lord Bragg is this: he once pushed in front of me in a cloakroom queue. I was at a swanky preview for a new Ray Winstone drama, waiting patiently in line to hang up my coat. Bragg was behind me, obviously irked at having to wait. So he jumped the queue. I was peeved, to say the least.

Now Bragg has a new book out – a historical novel centred around the so-called ‘Peasants’ Revolt’ in 1381, a monumental event in Britain’s past but one that is often overlooked today. Reviews have been mixed. The Sunday Times called it a ‘rousing’ read while The Guardian was less than complementary, describing Bragg’s Now is the Time as ‘hamstrung by his historian’s desire for accuracy’.

It’s a tricky one, merging historical fact with imaginative flair. But Bragg is confident that there is room for all kinds of interpretations. He tells me: “I’m not a historian. But I want to write about what various people have done. To take an extreme example, Tolstoy wasn’t alive when Napoleon was. You’re allowed to go back as a writer.

“I have the cast of mind that writes fiction. You have to find a way, if you can seize on something that allows you to imagine these characters as if they are fiction. But you take a character that has a reality. [Walter] Tyler was a fighter in the war, he was a man of substance. That is what he is in history. But that isn’t enough for me. You can build that up.”

The Peasants’ Revolt is better described as the ‘Great Uprising’, although it’s also known as ‘Wat Tyler’s Rebellion’. Never heard of it? Neither had I. And yet this revolt was a seismic event, and one that has been felt ever since. 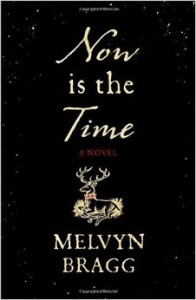 “It’s an orphan of English history,” says Bragg. “If you blinked in a Wednesday afternoon history lesson then you missed it. But it was the real insurrection in this country. It was the start of popular revolt and can be traced all the way up to the suffragette movement and, if you want, you could include Jeremy Corbyn. But I guess we’ll see about that.

“It was a fight for liberty from the grip of the establishment. It was a great harbinger of a very successful fight that took a long time to happen. It was an extremely radical time in this country’s history.”

He adds: “It’s been overlooked because it was a threat, a challenge to the establishment. The establishment was frightened of it. The rebels were a clear risk to them. They rubbed it out as all good propagandists do. I appreciate that it’s been called a failure but the way history works is not like mathematics, it’s not two and two equals four. There are underground streams in our history. One of the underground streams is of English people taking power from the Normans. And this [the revolt] was the first great revolution against the Norman Yoke. I can see that line [of dissent] over the last four or five hundred years.”

According to the British Library, simmering tensions between the ruling class and the workers were ignited in 1381 when draconian taxes were imposed on on the populace. A violent rebellion resulted in the commoners storming the Tower of London and demanding reform from the young King Richard II. Their demands included that all men should be free and equal, and they wanted less harsh laws and a fairer distribution of wealth. In an attempt to pacify the masses, Richard promised reform – but he failed to keep his word. Although the revolt was ultimately a failure – and resulted in the execution of many of the movement’s leaders – it is now regarded as a pivotal moment in this country’s history of rebellion.

Bragg says: “I was fascinated by it [the revolt] and by John Ball, Tyler and the 14-year-old King and especially by his mother. She was one of the most outstanding women in British history. But there wasn’t a lot to go on.”

The relationship between the teenage King and his mother, Princess Joan (widow of the Black Prince), is one of the most engaging parts of Now is the Time. Revered by her kingdom, in private Joan revels in her jewels and the achievements of her sons. Meanwhile, Richard harbours jealousies for his step-brother while seeking his mother’s approval in all decisions.

Consider this extract: “She knew that she had, in those few words, for a little while, dissolved the knot of jealousy. Her flattery rarely failed: it was an experienced weapon.”

As for the role of women in the book – and there are a number of strong and pivotal female characters – Bragg admits that he had concerns about what was historically accurate.

“I wondered if people were going to think I was being politically correct. But there were 4,000 women involved [in the revolt]. It was very difficult to fictionalise, to get to the interior of the women. No one really knows what these people were thinking.” 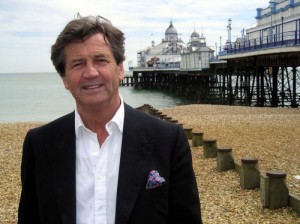 I wonder if now is the time to mention what I am really thinking. You pushed in front of me in a queue for coats, Lord Bragg. It’s just not the done thing. I decide to wait to air my grievance.

After all, Bragg is something of a phenomenal over-achiever. Born in the small town of Wigton in Cumbria, the 76-year-old began his journalism career as a BBC trainee back in the early 1960s. His life since then has been well-documented, from the TV arts show The South Bank Show to Radio 4’s ‘history of ideas’ In Our Time, not to mention Bragg’s multiple awards and accolades (Honorary Fellowship of the British Academy, President of the National Academy of Writing, Vice President of the Friends of the British Library, Chairman of the Arts Council Literature Panel…). I could go on. And that’s before I’ve even got to his being longlisted for the Man Booker Prize three times, winning the John Llewellyn Rhys Prize and the WHSmith Literary Award. If I was sat next to him at a dinner party, I’d pretend I’d won the Pulitzer Prize – and then scarper.

On a personal level, I’m a big fan of Bragg’s semi-autobiographical quartet about Sam Richardson and his family. Initially set in the immediate aftermath of the Second World War, these books focus on an area of British life that is often brushed under the carpet: the returning serviceman and the pressures to readjust to a ‘normal’ family life. If you haven’t read The Soldier’s Return, I urge you to do so.

Looking ahead, Bragg is shortly to appear at the Manchester Literature Festival. Now in its tenth year, the MLF rivals Cheltenham for its breadth of programme and top-notch names. Bragg will be speaking about Now is the Time and other topics on October 19 at Manchester Cathedral.

He says: “Manchester has always been an extraordinarily clever city. Look at the industrial revolution, the chartists, the suffragettes. And look at what is going on now in the city.

“There has been great cultural confidence in the North for the past 20 or 30 years. You get an awful lot of ‘it’s grim up North’ which is intentionally boring, intentionally limited and intentionally irritating. But the North has become unignorable now. It’s got great music, great culture. It’s become a place of its own. I’ve got a series in mind for this.”

I ask him about the North/South divide when it comes to the arts.

“There is a metropolitan grip on arts funding which is a disgrace. The disparity is out of proportion of all understanding. Why the Northern companies are not heard I do not know. It’s ridiculously disproportionate. We need to keep fighting for it. I think Northern parties should form a block and get on with it. I don’t know why the North doesn’t storm the South and keep going until everyone comes to their senses.”

And what about George Osborne’s rhetoric about the ‘Northern Powerhouse’?

“I’ll believe it when I see it. The North as a powerhouse exists without the Tories but if they can help then they should do so quickly.”

Needless to say, I’m still dwelling on Bragg’s queue-jumping proclivities but I decide to press on.

I ask him what the secret is to the longevity of In Our Time – it’s been called Radio 4’s finest programme and has been on the air sine 1998. “I keep my fingers crossed every Thursday morning,” laughs Bragg. 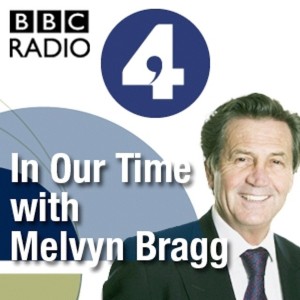 And what about The South Bank Show? Now in its 41st series (albeit with a channel hop), this integral part of television arts programming never runs out of steam. It is testament to Bragg’s belief (and that of his producers and crew) that the British public want to know more about culture and the people who create it. So, does Bragg have any special memories?

“I was very moved by the interview I did with Dennis Potter [Bragg did the final interview with Potter three months before the writer’s death from cancer in 1994). Of recent interviews, I talked to Pat Barker who had never been interviewed before, I was very pleased with that and with Margaret Drabble.”

On the morning I talked to Bragg, he’d spent the previous evening at Leeds University (he is Chancellor) chairing a debate on the future of the book. It was perfect timing as, earlier that day, Waterstones announced it was withdrawing the Kindle from its shelves due to disappointing sales, while acknowledging that printed book purchases have gone up.

On the panel at Bragg’s debate was the managing director of Waterstones, James Daunt. Bragg says it was a lively event but he remains convinced about the durability of the printed word.

“I think the future of the book is secure and it will go on. The book is such a brilliant thing, you can think in private, consider things, leave notes to yourself. It’s wonderful. There is no reason that it should die away. Existing things are jolted when new things come in and then they come back.”

Looking back on my notes for this interview, I discover that while the correct form of address for Melvyn Bragg is ‘Lord’ (thanks Debrett’s), he is technically known as Baron Bragg, which is far more pleasing alliteratively speaking and definitely less intimidating. I never brought up my grievance about the coat queue. It wasn’t the time.

Melvyn Bragg will be at the Manchester Literature Festival on October 19, 2015

We're liking this not-for-profit initiative #TooCloseforCovid All profits raised from purchases will be donated to charities supporting health workers and those affected by COVID-19. @FutureBrand pic.twitter.com/vXBniXON1O

We've had a stressful week so we're just going to look at this photo of our sister's cat, Mitsy, for a while. pic.twitter.com/3ZKz64lUph