The Merry Widow at the Royal Northern College of Music 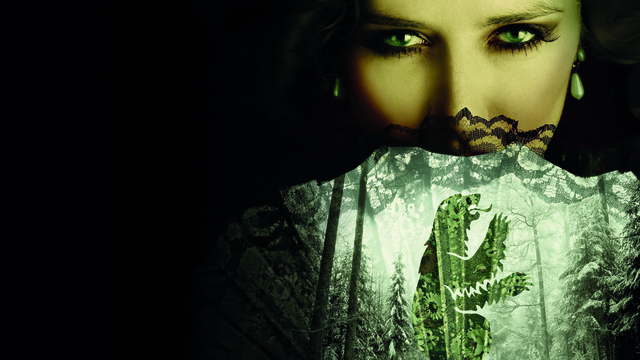 In the midst of your Opera Correspondent’s many birthday celebrations I managed to squeeze in this joyful production of Franz Lehár’s comic opera, The Merry Widow. Due to a welcoming drinks reception before the performance and the hospitable company of the RNCM staff, I was just a breath on the right side of merry to encounter the widow. It was the perfect introduction to an evening of fun and frivolity in fin de siècle Paris.

And a jolly affair it was too, with the emphasis on affair. Having recently seen The Bartered Bride and La traviata, I was becoming quite enamoured of the Romantic period, though I suspect that Lehár’s composition was towards the end as the dark clouds of modernism and the darker clouds of war gathered over Europe. You could see this in the militaristic design of much of the costume (beautifully done by Kate Ford) and in the diplomatic discord of the narrative.

The story concerns a wealthy Pontevedrain widow, Hanna (Sarah Foubert), whose fortune can save the shaky finances of the tiny and imaginary state of Pontevedro only if she remarries a fellow Pontevedrian. This happens to be her former lover and employee of the embassy in Paris, Danilo (Benjamin Lewis). Now, in these financially strapped times, it would seem to be a ‘no brainer’, though I suspect that people who use this tired cliché tend to have no brains. It is complicated by the affair between the Ambassador’s wife, Valencienne (Jennifer Parker) and the handsome French attaché, Camille (Alexander Grainger). To save the blushes of her husband, Baron de Zeta (Philip Clieve), Hanna pretends to be Camille’s lover, pissing off Danilo no end. Danilo’s obvious love for Hanna is further complicated by his (misplaced in my opinion) masculine pride in not being seen to marry for monet, sorry, money (a genuine typo left in for humorous design). 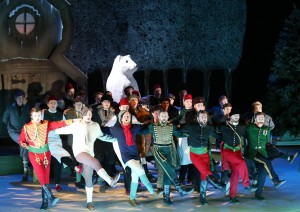 As a production sung by students of the RNCM, the performance was of a very high standard. If I have any criticism at all, it was the Can-Can girls at Maxims, who didn’t kick high enough or with the gusto one would expect of a high class Parisian bordello. That might, of course, be the ever increasing expectations of my ever aging libido.

As in all comic opera, everything is neatly resolved. Baron de Zeta avoids public humiliation, Valencienne renews her wedding vows and dumps Camille, Hanna renounces her fortune in order to marry Danilo and save his masculine pride; her fortune, of course, passes to her husband on marriage and the financial future of Pontevedro is secured. Everyone lives happily ever after, except for Camille who is French so it doesn’t matter.

At times it reminded me of Duck Soup without the Marx Brothers sharp wit, or Margaret Dumont. But The Merry Widow did bounce along with a seasonal exuberance and a sly sexuality. The orchestra, under the direction of Wyn Davies, played with an excited energy, adding to the bounce. All in all, it was a thoroughly enjoyable evening and I sincerely hope that all the students involved have many more such evenings in long and glittering careers.