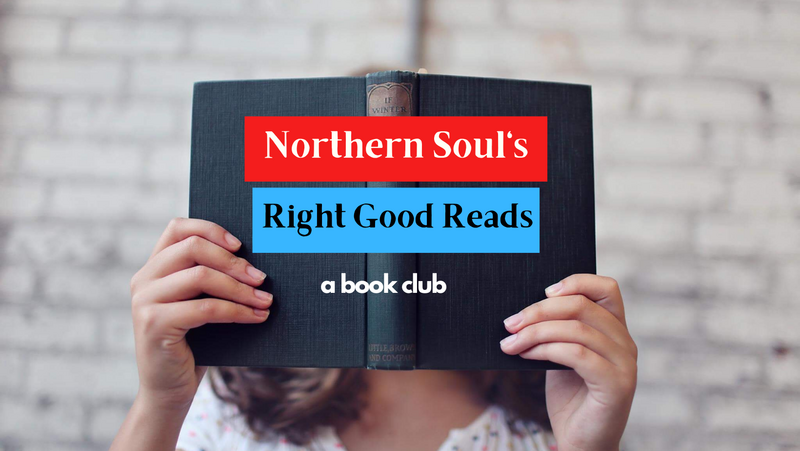 At Northern Soul, we can often be found with our nose buried in a book. As a team, we are notorious bookworms and are passionate about championing all things literary.

For some years now, we’ve been sharing our Right Good Mid-Week Read across our social media accounts. We’ve had a great response and, given how much we love reading, we’ve decided to launch a book club: Northern Soul’s Right Good Reads. Some of these books are new publications, some are titles waiting patiently on our shelves, and some are treasured favourites. Here is the first instalment of Northern Soul’s Right Good Reads to expand your ever-growing ‘To Be Read’ pile.

So, make yourself a brew, grab some biscuits (our recommendation is a dark chocolate hobnob for extra dunk-ability) and feast your peepers on these great titles. 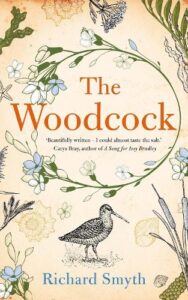 Fancy a trip to 1920s England? In Richard Smyth’s The Woodcock we head to the coastal town of Gravely, which is finally enjoying some semblance of peace following the Great War. We follow the story of Jon Lowell, a naturalist who writes articles on the flora and fauna of the shoreline, and his wife, Harriet, who lead a simple, loved-up life and are enjoying the company of Jon’s visiting school friend, David. But when an American whaler arrives in town with his beautiful red-haired daughters, boasting of his plans to build a pier and pleasure grounds a half-mile out to sea, unexpected tensions and temptations arises.

This enormous change permeates the once blissful town. Its hard-won harmony has been disrupted. The resulting drama is compelling and thought-provoking and results in a jarring finale. Smyth is also a nature writer, so his clever observations about place and the natural world are probably the book’s greatest strengths.

And Smyth is a master of tension; it is thick and languid, simmering below the surface. Not only did The Woodcock make me think about the enormity and loss that accompanies wartime, I drew parallels with the present day. We’re facing a global pandemic and a climate emergency. Much like the townspeople, we’re attempting to navigate life in the throes of enormous change. 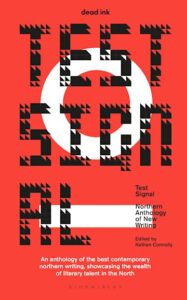 A ground-breaking new anthology of the best contemporary northern writing from Dead Ink and Bloomsbury, showcasing the wealth of literary talent in the North of England. Featuring bridges over the Tyne, crumbling coastlines, asylum applications, forgotten village social clubs, cemeteries and packed train carriages, it’s an excellent collection which highlights the rich talent and diversity present up North. It’s right up Northern Soul‘s street and we cannot recommend this collection highly enough.

The Gathering Tide: A Journey Around the Edgelands of Morecambe by Karen Lloyd (Saraband)

As a result of the pandemic, and stringent travel restrictions, many of us rediscovered our love for the British coastline. While I’m usually a fan of stories depicting faraway shores, during lockdown I began to crave stories about the world on my own doorstep. The last place I had visited was Morecombe Bay, during a particularly stormy day, and I longed to head back to the coast, lean into the wind and feel the salt spray. So, I picked up a copy of The Gathering Tide by Karen Lloyd where the author leads us on a deeply personal journey around the 60 miles of coastline that make up ‘nature’s amphitheatre’. 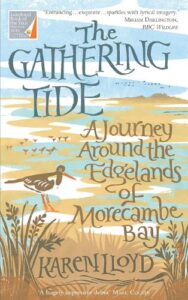 Embarking on a series of walks to discover the ever-changing seascapes and its surrounds, Lloyd tells the stories of the places, people, wildlife and history of Morecambe Bay. I consumed the book like I would a bag of crisps, greedily and hurriedly, from my sofa in Whitefield, Bury. As I read, I was transported back to the day, pre-pandemic, when I messed about in arcades, snaffled chips laced with salt and vinegar and marvelled at the sound of the waves.

For a moment, I imagined that I was walking next to Lloyd, matching her footsteps as she recounted her own memories of the area. I listened to stories from the past and present, both Lloyd’s and that of the bay, and wondered when I’d be able to visit Morecombe again.

Notes Made While Falling by Jenn Ashworth (Goldsmiths Press) 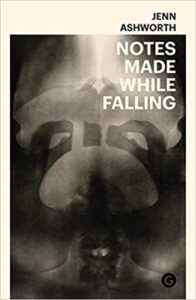 This book is not for the faint-hearted. After all, it opens with Jenn Ashworth bleeding and paralysed following the traumatic birth of her second child. What follows is a largely experimental collection of memoir in essays and an unflinching study of self, family, mental health and medical trauma. It also takes a look at the importance of vulnerability in creativity. This is yet another masterful piece of writing from Lancashire-based author Ashworth and one which, if you can prepare yourself for the subject matter, is a rewarding read.

Notes Made While Falling was shortlisted for Gordon Burn Prize. To read our interview with Jenn Ashworth, click here.

Such A Fun Age by Kiley Reid (Bloomsbury)

This is a striking and surprising debut novel from fresh new voice, Kiley Reid. Not only is it a page-turner, which covers big topics such as race and privilege, it’s an incredibly funny, nuanced and balanced read. 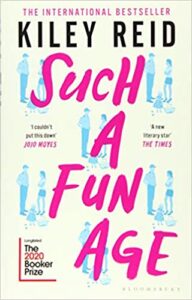 When Emira is apprehended at a supermarket for kidnapping the white child she’s babysitting (following an argument between her employer, Alix, and her husband), it sets off an explosive chain of events. Alix, a feminist blogger with the best of intentions, resolves to make things right. But Emira is wary of Alix’s desire to help alongside struggling to make money. A surprising connection emerges between the two women, which sends them on a crash course that will change everything they think they know about themselves and each other, alongside unpicking the messy dynamics of privilege. It’s a brilliant read and searingly clever.

Such A Fun Age is a Sunday Times and New York Times bestseller and was also long-listed for the 2020 Booker Prize.

This book seared itself on my consciousness. Given how it affected me, I wonder if it should come with a warning: if you properly embrace it, will mess you up. There are scenes you will never forget, and nor should you. 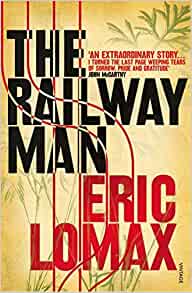 This is an autobiographical book. During the Second World War, Eric Lomax was forced to work on the notorious Burma-Siam Railway and was tortured by the Japanese for making a crude radio. Left emotionally scarred and unable to form normal relationships, Lomax suffered for years until, with the help of his wife Patti and the Medical Foundation for the Care of Victims of Torture, he came to terms with what had happened. Then, 50 years after the terrible events, Lomax met one of his tormentors.

This is an incredible story of innocence betrayed, and of survival and courage in the face of horror. Perhaps inevitably, it has been turned into a film, featuring Colin Firth and Nicole Kidman. I haven’t seen the film. I don’t need or want to. And nor do you. Read the book.

The Man on the Street by Trevor Wood (Quercus)

In the crowded world of crime fiction, it’s hard to make a mark, particularly if you’re a new face. But Trevor Wood has managed just that with his ingenious idea for a protagonist and an imagination for a plot that screams ‘read me, read me’. 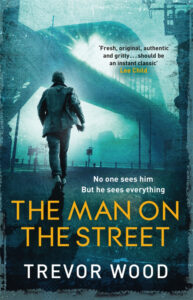 When Kevin Bourke, one of our Northern Soul writers, interviewed Wood about his debut novel The Man on the Street, he wrote: “Fresh, authentic and gritty as well as thought-provoking, this award-winning book is centred not on some unstoppable, heroic figure or an eccentric old lady, but on a homeless veteran named Jimmy Mullen, a troubled man grappling with Post-Traumatic Stress Disorder (PTSD) and living on the often-mean streets of Newcastle. One night he witnesses a murder, but he’s so far beneath most people’s radar that no one believes him, and so Jimmy is compelled by society’s indifference to step back into a world from which he’d absented himself.”

In the interview, Wood said: “Homeless people are right at the centre of society, yet hidden to a large extent, and I was intrigued by the idea of a crime being witnessed by someone who is invisible to so many people.”

The Man on the Street received the Crime Writers’ Association’s ‘John Creasey New Blood Dagger’ award (one of the genre’s highest accolades) in 2020 and was also among The Guardian’s year-end Books of the Year. Val McDermid hailed it as her favourite debut of the year in The Express, and The Spectator named it as one of their five Christmas reads. We’d like to add own [Geordie] voice: lush.

To read the full interview with Trevor Wood, click here.

Here’s a look at our picks in situ: