An Ode to the North

Isabel Webb April 15, 2016 Northern Soul writes... Comments Off on An Ode to the North 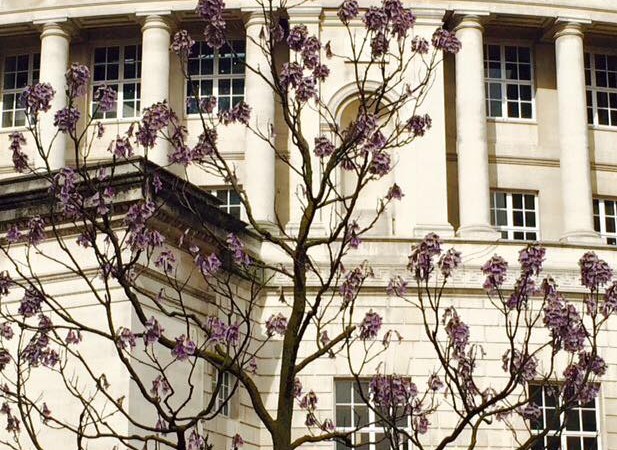 An unfortunate flirtation with glandular fever left me bedbound for most of the Christmas holidays, meaning this Easter is the first time I’ve really spent time in Manchester since moving down South. So, this latest blog is an ode to the North and all the things I’ve missed, through the lens of a library revision session (because it’s exam time and that’s the most exciting thing in my life right now).

Walking into the village to get the bus to town, I experienced a little wave of nostalgia for the North. I had a moment of appreciation for tap water that doesn’t smell of eggs and people who smile at you when you walk down the street. Then I saw a pair of abandoned knickers trodden into the pavement and remembered that Manchester has class, too.

Studying in London gives you a newfound appreciation for walking. Let’s face it, the tube is expensive as hell and sometimes public transport just takes you the long way round: who has time to go down to Leicester Square and back up again when Russell Square is a ten minute walk from Warren Street?

That said, I forgot how pricey buses are up here if you strike out and end up on a Stagecoach. I paid £2.70 for a single ticket to town last week and to make matters worse (if not also slightly more amusing) the bus driver had to stop two other buses just to get me change from a fiver. Even with the Wi-Fi and comfy seat, it wasn’t worth it. 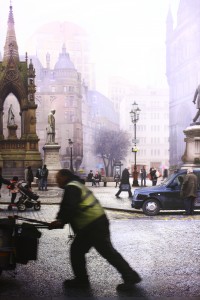 When Central Library first reopened in 2014, all shiny and new after a multi-million pound refurbishment, I was studying for my AS Levels. As certain groups from school started to flock there each weekend for a spot of social revision, I abstained – mostly because I was in denial and still believed I could work at home. Two years later, home from uni and in need of a quiet desk in a pretty room adorned with inscriptions and a skylight (i.e. having withdrawal symptoms from the Scandinavian section of UCL’s library), I found myself racing GCSE students for the last seat. Oh, how times have changed. I actually started daydreaming about the (equally crammed) British Library at one point, clearly delirious.

Having found a space, I proceeded to procrastinate by people watching (after three hours, this becomes hugely preferable to reading about barbaric Russian Princes). Studying at Central Library is the quasi-academic equivalent to going to Factory Thursdays: there are too many familiar faces for it to be a comfortable experience, which leaves you wondering why you bothered going at all and the average age makes you question when you got so damn old.

Manchester may be a hub of creativity and diversity, but Central Library is not the place to go if you want to prove that point. The funny thing is that everyone dresses the same, following a formula of vintage jeans and patterned shirts to achieve the same brand of ‘different’. It’s a good look, and one that stays true to the Northern aesthetic of comfortable and cool, but in the microcosm of Central, it looked like a little army of clones leaving a Northern Quarter kilo sale.

Eventually, food beckoned, so I decided a library switch-up was also overdue. As it happens, most universities grant access to external students during the holidays, so I found myself heading a little further down Oxford Road and walking in the shoes of a University of Manchester student. Dare I say it’s a nicer place to work than UCL’s library? I always say, if I hadn’t grown up in Manchester, I would have come here for university and, if the library is anything to go by, it would have been pretty nice. I was hesitant to include that for fear of turning up tomorrow to a full library, so please, dear readers, don’t steal my seat.

Around 4pm, I admitted defeat (read: I’d done enough work to quench my revision guilt, but was also at the point of craving my sofa). As I headed back down Oxford Road (which I am forever confusing with Oxford Street – don’t judge me) I experienced a rare moment of Mancunian sunshine. Admittedly, it was followed five minutes later by rain, but we can’t expect too much, can we?

The longer I spend away, the more I realise that Manchester is the perfect city. Yes, life in the capital is fast-paced and exciting, but it’s also bloody exhausting. Manchester has the balance just right, plus that wonderfully sarcastic humour I’ve missed so much. London is lovely, but the North has more soul.