Photo Gallery: The Year of the Rat – Chinese New Year in Manchester

Helen Nugent February 3, 2020 Arts Comments Off on Photo Gallery: The Year of the Rat – Chinese New Year in Manchester 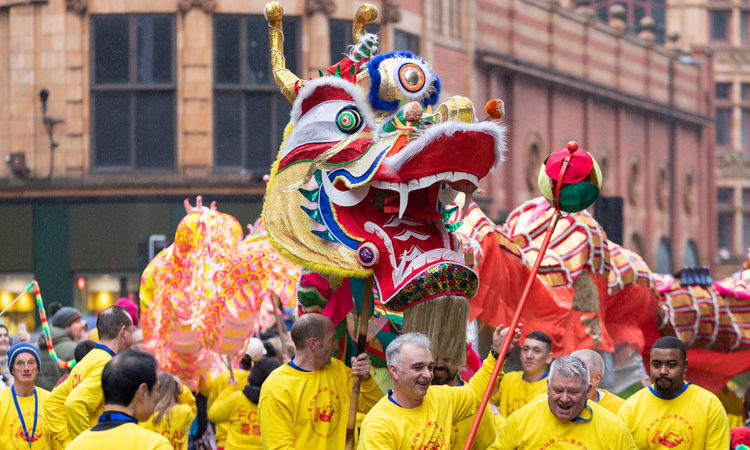 Thanks to recent events, ringing in the new decade with positivity, enthusiasm and fireworks seems like a lifetime ago. We’ve certainly been through the ringer these last few weeks but, as usual, the vibrant joy of the Chinese New Year parade in Manchester did its best to try and liven our collective spirit.

Featuring Manchester’s famous red lanterns, a glittering golden dragon, live performances and the legendary Dragon Parade, the city was out in force to welcome in The Year of the Rat. According to the Chinese zodiac story, in the competition held by the Jade Emperor to decide the zodiac animals, the quick-witted rat asked the diligent ox to take him on a ride to cross the river and jumped down before the ox crossed the finish line, so the rat won the race and became the first of the zodiac animals.