Review: I Was A Wife, The Dukes, Lancaster

Stephen Longstaffe February 22, 2017 Arts, Theatre Comments Off on Review: I Was A Wife, The Dukes, Lancaster 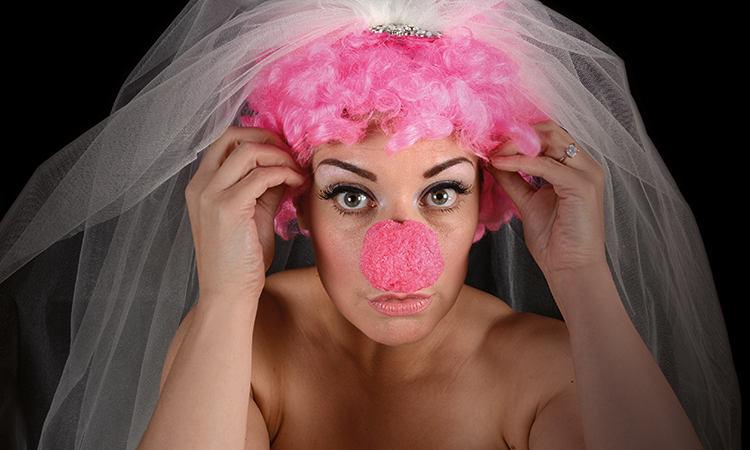 The last time I saw Polly Lister on stage, she was on her way to winning a 2015 UK Theatre award for best performance in a play. I was watching Abigail’s Party, the 70s marriage-on-the-rocks classic, and Lister was playing Beverley, the hostess from hell. But some heavy dues had been paid to create that performance, as Lister’s one-woman show I Was A Wife, playing at Theatre by the Lake and the Dukes Lancaster, reveals.

The show is structured in part as a conventional green room memoir: make-up removal, getting into, out of and hanging up costumes, backstage faffing and interval phone calls are all interspersed with the full front-of-house deal. Lister can belt out a mean showstopper, whether being inundated with toy dalmations from the ceiling as Cruella De Vil, or as a Cabaret-style hostess at Divorce Club. Panto, Coward and other roles complete the picture of the working actress’s life. We enjoy some consummately professional showbiz teeth ‘n’ smiles, and dramatic roles re-animated for us with deceptive ease. We even get to hear what it’s like to have an audience full of people who will be guests at your wedding tomorrow at the foot of a Cumbrian mountain.

But we know from the off that the marriage hasn’t lasted. Lister re-enacts its story from proposal to present day (“it’s February 2017 and I’m in Lancaster”). She does heartwarming happiness, and has a nice self-mocking turn as comical bridezilla, but then the gears of her working and personal life start to grind. Her husband stops calling her at the theatre, then stops speaking to her altogether. The arch, powerful, bubbly characters she’s playing all resurface to chide her for playing them badly or being too upset. She plays a child-eating witch, feeling somehow that the witch is coming for her.

It’s raw emotion and theatrical polish at the same time, which is a powerful mix. The last costume Lister hangs up is a wedding dress (is it her frock?), a bit grubby around the hem, perhaps from a wedding night party under a mountain. What a marriage ending feels like is summed up in the line “you can’t stay married on your own”. But it’s a delicate balance to maintain. For the confession to work you have to forget that the confessor is an artist, and that her most personal lines have been rehearsed. It’s not easy to do that when you’ve just watched a tour-de-force in which she plays herself being cross-examined by three characters at once. And sometimes emotional truths can have feet of lead. Lister’s shadowing by an inner child she eventually faces up to and accepts feels like the only part of the show I’ve seen before.

One of the funniest things I’ve seen in the theatre for years was Lister’s getting drunk in Theatre by the Lake’s 2015 production of Noel Coward’s Fallen Angels. She could have carried on turning in performances like that, and enjoying the applause. Instead, she invites you into her life. It’s a brave piece of theatre.