Kevin Bourke October 11, 2017 Arts, Theatre Comments Off on Review: Edward And Eliza and the Smashing of the Van, Hope Mill Theatre 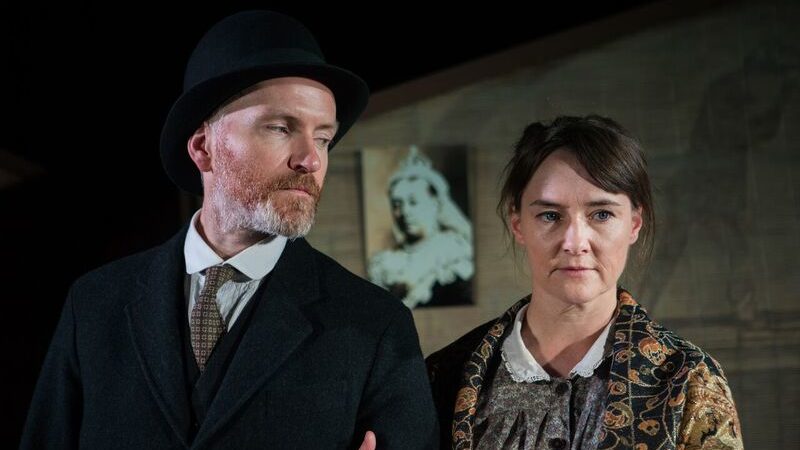 Written by Rochdale-born Eileen Murphy to coincide with the 150th anniversary of the real events around the public hanging of the so-called ‘Manchester Martyrs’, this touring play from a new Rochdale-based company manages with surprising success to humanise what Murphy rightly characterises as “a huge, tragic and complicated event” whereby the struggle for Irish independence from the British Empire was played out in an English city, with consequences both national and international.

In September 1867, a police van carrying two Irish rebels, Thomas J. Kelly and Timothy Deasy, was stopped by a band of Irishmen, or ‘Fenian mob’ depending on your political perspective, on its way to Belle Vue Gaol. The two rebels were freed but Police Sergeant Charles Brett, travelling inside with the keys, was shot and killed in the process. Kelly and Deasy escaped, never to be recaptured, but, because of these events, an ugly wave of anti-Irish feeling swept through the whole country. Many Irishmen were arrested and subsequently three of them were tried, found guilty on dubious evidence and publicly hanged in front of a large crowd outside the New Bailey prison in Salford. To this day, these three men are known in the Irish community as the ‘Manchester Martyrs’. 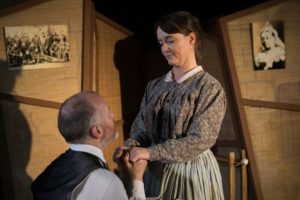 In her research into these events, Murphy discovered that Charles Brett had an Irish sister-in-law named Eliza and that Edward Brett, her husband, was a retired drum-major in the British Army. The couple made a living by keeping a small shop in Macclesfield.

Edward and Eliza were real people but Eileen has created a fictional story in which the relationship between these two characters, played by Dominic Gately and Alison Darling, is central.

It’s a commendably bold concept although perhaps a little too ambitious for a two-person play that runs for around an hour. Sometimes, despite the best efforts of the actors and seasoned director Chris Honer, it all feels a little rushed. An ending which is both tragic and ingenious ought to deliver a powerfully emotional payoff to the fraught events which precede it, but instead actually seemed to confuse some of the audience on the night I saw it at Manchester’s Hope Mill Theatre. The production runs at several local venues throughout October, though, and will undoubtedly discover its own rhythm as the tour progresses.

I hope it does, as it raises still-relevant questions of cultural identity, British Imperialism, the status of women, and, not least, the complex relationship between Britain and Ireland, in a way that’s surprising and provocative but entertaining. 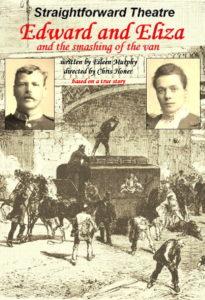