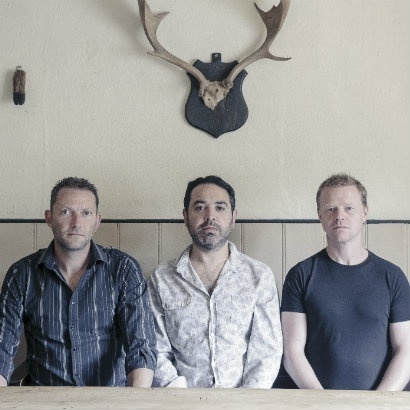 As Manchester-born Simon Rennie, chief investigator for The Poetry Of The Lancashire Cotton Famine project, pointed out at the start of this show, if you want to know about the Lancashire Cotton Famine of 1861 to 1865 then you can look in the history books (or here). But if you want to find the sorrowful, satirical, angry and poetic response of the thousands of cotton-mill workers and their families who suffered terrible hardship at the time, then the only place is online here, the searchable database of poetry published at the time that he and his team have established at the University of Exeter. 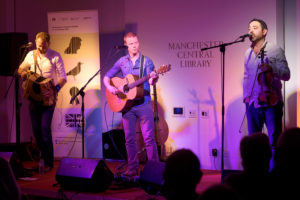 As well as reproductions and transcriptions of the poetry, the project also embraces commentary and audio recitations, as well as musical performances drawing directly on the verses. The band entrusted with that music have been the personable and accomplished power-folk trio Faustus – bouzouki player Benji Kirkpatrick, fiddler Paul Sartin (both formerly with Bellowhead) and melodeon man Saul Rose (Waterson:Carthy) – and this special Manchester Literature Festival event marked a unique opportunity to hear some of these songs live.

I say ‘some’ because although they have recorded five of the songs, one has been kept under wraps until an EP of them all is released early next year. The four they did premiere at Manchester’s Central Library (just yards from the site of the notorious Peterloo Massacre) included their attention-grabbing opener Cotton Lords (originally Food Or Work), Starvation, The Lancashire Factory Girl and the acerbic Rights And Wrongs.

Sorrow, sarcasm and anger (plus a smidgen of Victorian sentimentality in The Lancashire Factory Girl) pulsed through these powerful and moving documents of desperate times, brought dramatically to life by the trio’s committed delivery. Of course, four songs would have made for a decidedly short show so they were complemented by a well-chosen selection from Faustus’s more usual repertoire, such as Slaves (itself based on a Chartist poem brought to the group’s attention by the same Simon Rennie) and Thresherman, as well as the more light-hearted likes of the saucy sea-shanty Og’s Eye Man and Oh To Be A King, the band’s tribute to the late Bill Caddick, which they also dedicated to the great socialist folk singer Roy Bailey who passed this week. 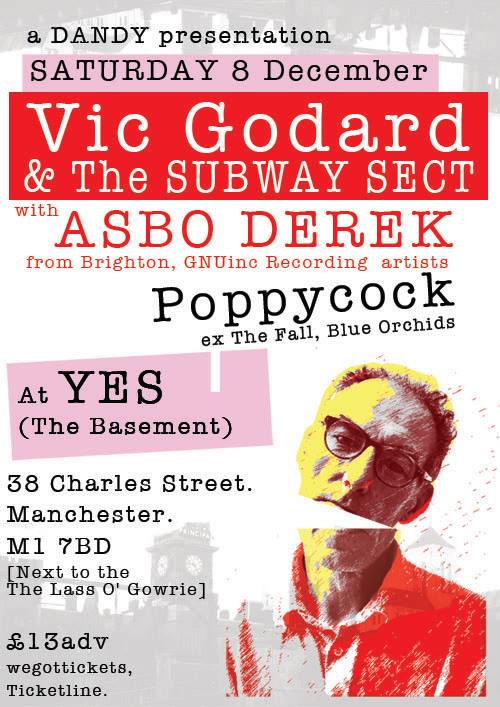 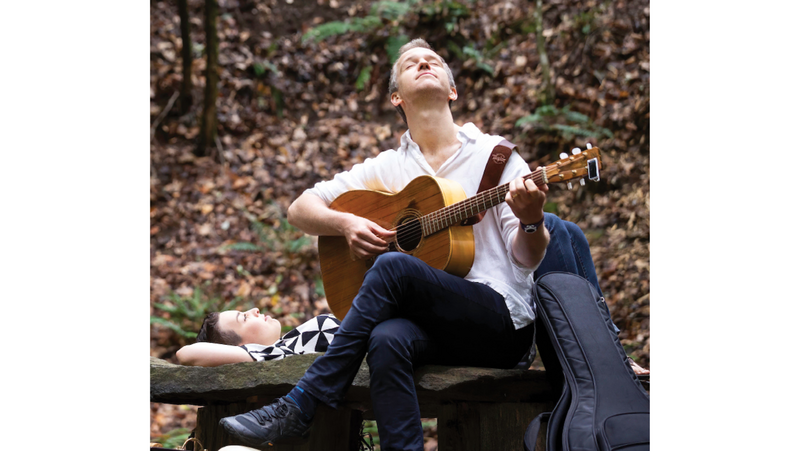