If I could paint a picture of my ideal festival location, it would be this. Ditch the muddy fields in the middle-of-nowhere and say ‘why-aye man’ to the postcard-perfect destination of Tynemouth, host of the annual Mouth of the Tyne Festival.

Oozing an eclectic concoction of quaint boutiques, trendy bars and hipster cafés, Tynemouth is a hotspot for locals as well as beach-seeking tourists. Throw in a funky festival with Instagram-worthy food stalls and street performances that are downright mind-blowing and you’re in for a good weekend.

Despite not being the most glamorous mode of transport, arriving by Metro to Tynemouth Station was a nice change to the hour-long walk with a booze-laden sledge from car park to campsite at Leeds Festival in 2016 (the last festival I attended).

From the get-go, music was everywhere as The Can’t Sing Choir belted out Oh When the Saints on the station platform, encouraging everyone and their grandmothers to sing along; the hustle and bustle of the weekly Station Market adding to the electric atmosphere. Recently voted ‘Best Place to Live by the Seaside’ by The Times, it’s days like this that really show you why Tynemouth won the accolade. 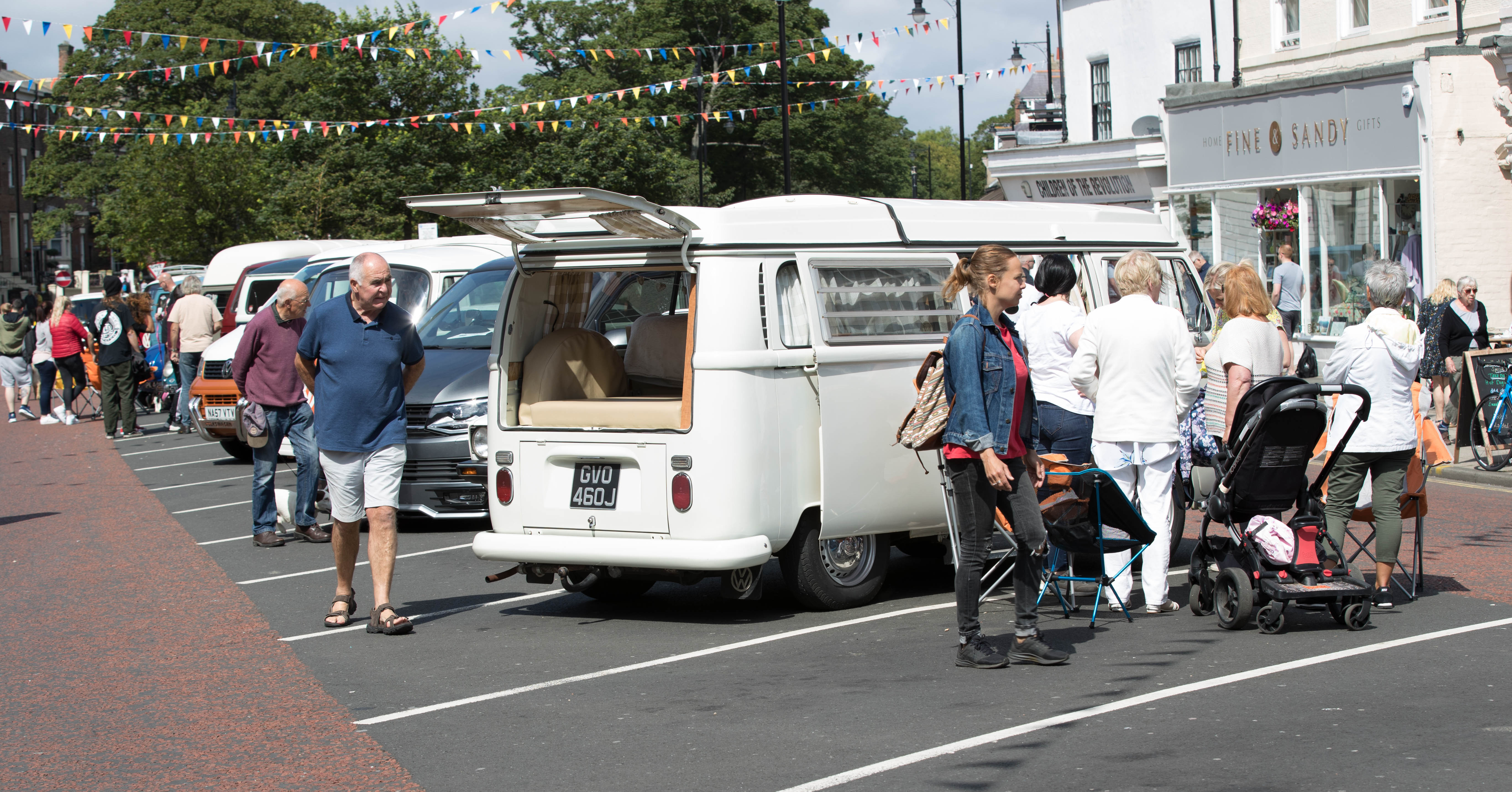 I followed the troops carrying picnic baskets and fold-up chairs to Front Street, home of the Land of Green Ginger. Multi-coloured bunting flapped in the light while the sea breeze and familiar smell of Marshall’s fish and chips got my taste-buds tingling. Vintage VW Campervans took pride of place in the centre of the lively strip and crowds gathered around daring circus performers, Duo Looky and Mimbre who showed off their spectacular balance and theatrical flair on the Cabaret Stage. And, as I queued to enter, I suppressed a smile as a security-guard confiscated a festival-goer’s glass bottle of salad cream. No saucy pork pies for her with the strict no-glass policy being enforced vigorously.

Kicking off the four-day event (now in its 15th year), Geordie-boy-next-door Sam Fender pleased his adoring fans with an impressive homecoming performance and, by Sunday, The Proclaimers had their work cut out to bring the festival to an epically memorable close (for good measure, in-between we had headliners Britalian crooner Jack Savoretti and 80s icon Rick Astley). 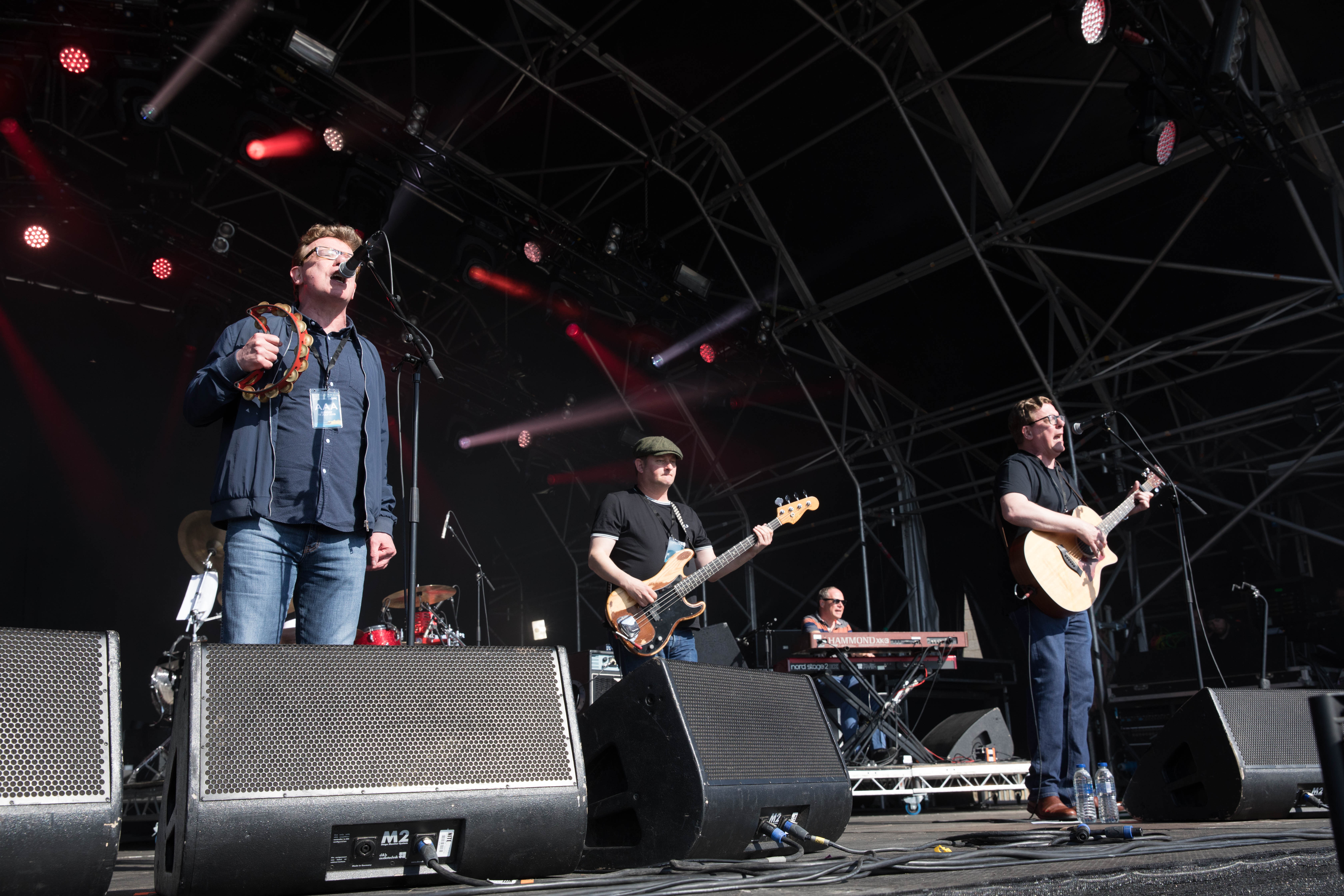 Nestled in the ruins of an English Heritage listed castle and priory, overlooking the golden Longsands, 4,000 fans awaited the arrival of the iconic Scottish duo, lungs at the ready to join in with 500 Miles. The Tardis-like grounds were scattered with groups of people, all faces turned towards the main stage; slightly burnt bald heads, questionable dancing and cans of pre-mixed gin and tonic were in abundance. Leading the crowd, a group of heads bobbed up and down adorned with Tartan hats and ginger locks – we definitely had some diehard fans among us.

When Big Red and The Grinners took to the stage, we were given a taste of the Deep South…South Shields that is. Featuring double bass, banjo, accordion, acoustic guitars and percussion, this five-piece band knew how to win over a crowd. Covering everything from Pump up the Jam to Take Me Home, Country Roads, I was left questioning how long it must have taken Grandpappy to perfect his Louisiana accent. 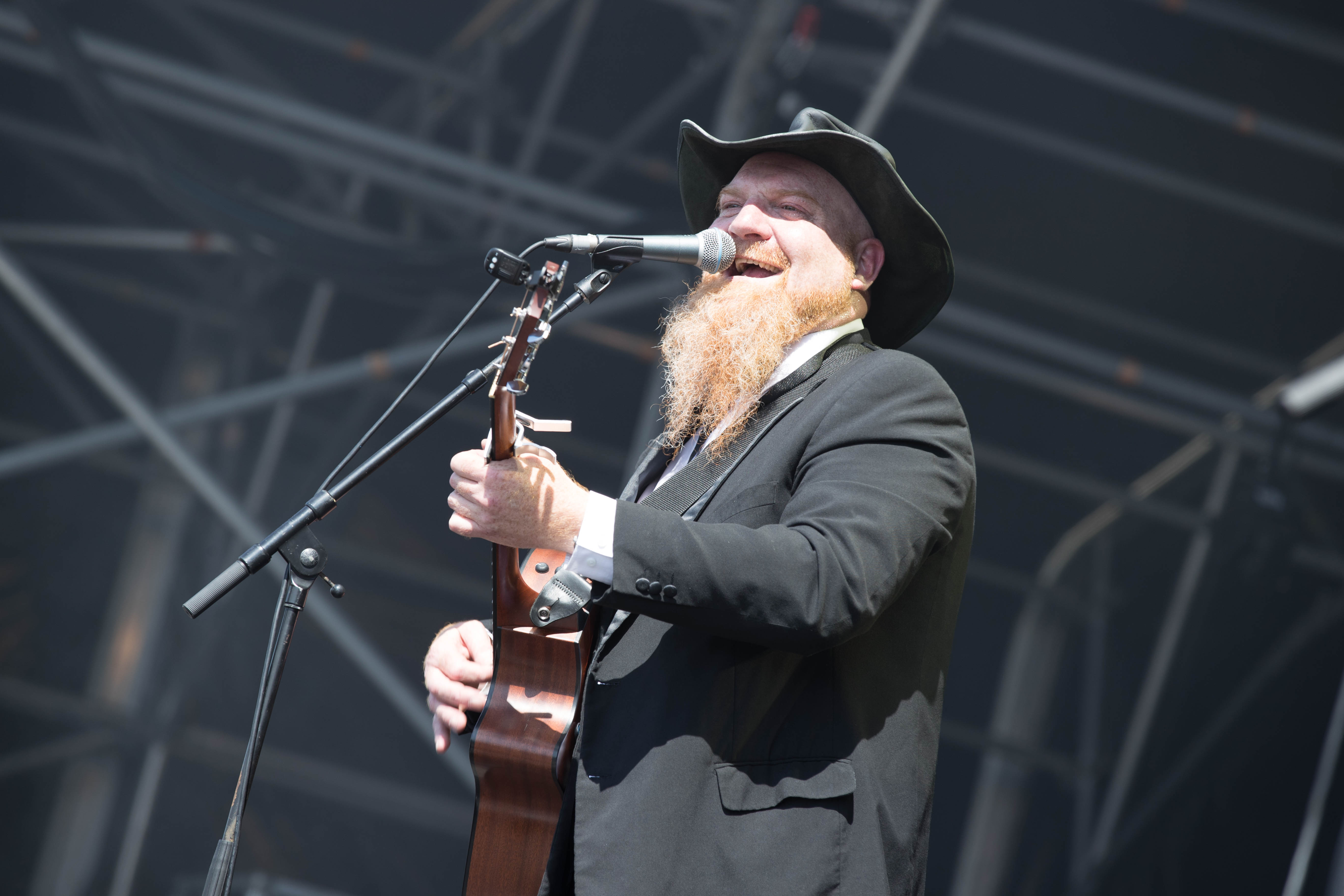 Jack Lukeman dropped everyone’s jaw with his ability to hold notes the length of Tynemouth’s Promenade, his powerful rock voice effortlessly reaching those listening on King Edward’s Bay just below the cliff.

As The Proclaimers took to the stage, Charlie said: “This is by far one of the most beautiful settings we’ve ever played in.” It was at this point that the picnic blankets were rolled up and the push towards the front began. The twins kicked things off with a few unfamiliar songs, clearly saving their fan-favourites until the end, nevertheless starting a middle-aged sway.

Letters from America was the first of the sing-a-longs, with I’m on My Way encouraging back-and-forth ‘a-ha’s’ but it was Sunshine on Leith which got everyone’s arms waving with its emotional, sombre lyrics. Undoubtedly their most well-known banger, I’m Gonna Be (500 Miles) was sang by everyone within a mile radius before a three-song encore brought the show to a close.

It wouldn’t be right to leave this review without a Proclaimers’ pun, so never mind the Sunshine on Leith, the sun shone on Tynemouth. Until next time, Mouth of the Tyne. Cue the mic drop.