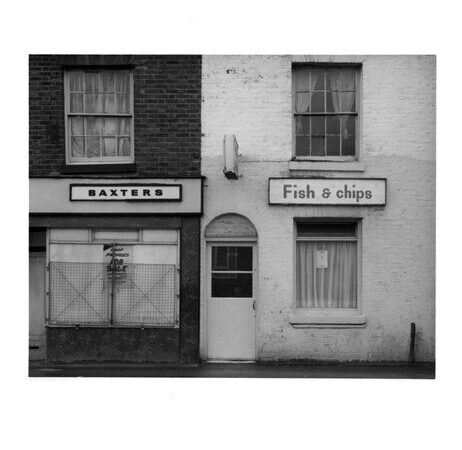 Manchester’s urban history is being celebrated with a new book featuring images of local independent shops in the 1980s, which already look like a bygone age.

The series of rarely seen black and white photographs, taken by self-taught photographer Brian Lomas in his native North Manchester, have been brought together for the carefully curated book, Small Shops. Greengrocers, butchers, barbers, chip shops and florists, many adorned with old signage, are just some of the independent businesses featured. Not only have most of these businesses since disappeared, many of the buildings that housed them have also gone.

Amateur photographer Lomas, who was in his mid-20s at the time and working as a health service administrator, took the photographs on his Rolleiflex camera mostly in and around Moston, as well Blackley, Newton Heath and Harpurhey. While some of the original prints were initially shown in 1983 at Uppermill Photography Gallery (now Saddleworth Museum and Gallery), and exhibited at Liverpool’s Open Eye gallery in 1986, these images have gone mostly unseen until now.

Small Shops is published by The Modernist Society and available to buy now. The first 100 orders will receive a free pack of four postcards featuring images from the book. To coincide with the launch of the book, the modernist will host an exhibition of 24 of the images at its gallery on Port Street in Manchester until September 1, 2021.