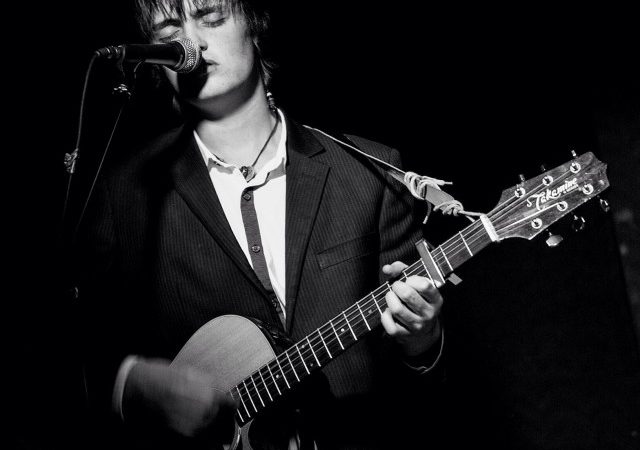 In a series called Sounds Northern, Paul Davies shines a spotlight on Northern musicians and bands to watch out for. This week it’s Arran George.

Arran George is an indie folk troubadour hailing from Egremont, Cumbria. Those with good memories may remember him performing at Kendal Calling in 2014 (aged 18) but since then he’s been living in that there London studying songwriting and performance at the Institute of Contemporary Music Performance. This has certainly helped to provide a polish to the four songs on his new debut EP, What I See On Daytime TV.

Fortunately the release does not portray a young man swayed by the bright lights of the south and was in fact written and recorded in his hometown bedroom. The double-tracked vocals have hints of northern inflection in the delivery, like an Ian Brown-ed up version of Bon Iver.

“A lot of people were singing in pubs with guitars so that seemed to be the thing do,” he said when I asked him about his upbringing and its influence on his music. “Everyone where I’m from was still mad on Oasis when I was a teenager, so I think that definitely pushed it more towards guitar and singing. I don’t think I saw an actual synth until I was about 20.” 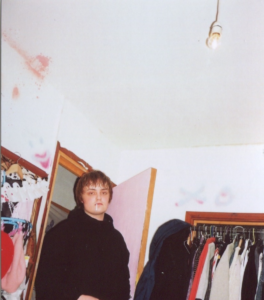 What makes the songs hold their head above water in an ocean of modern day singer-songwriters is their timeless simplicity. There are echoes of classic songwriters from the 60s and 70s. Modern Life could be a lost recording from a Nick Drake and Elton John collaboration. There are also elements of similar-era Bowie, but of other modern artists like Scott Matthews. As a songwriting student, Arran has his favourites and lists classic artists like Dylan and Bowie alongside contemporaries Alex Turner and Frank Ocean.

Arran has his own voice of course – his insights into modern life are clouded by uncertainty, fear, and crowds attached to their mobile phones. It’s hard not to link themes of fear and change to the current political climate but Arran laughed this suggestion off.

“No, definitely not. I’m no Billy Bragg. I just play about on the guitar and try to come up with some lines without thinking about it. When you get the right line without thinking too much, you usually end up saying something you really believe because it’s come out without being spoiled by any sort of critical thinking.”

It is hard to imagine anyone disliking this EP. The songs have an intimacy but the effortless acoustic flourishes are enlivened with occasional strings, organ and choral backing vocals. It’s only near the end that you realise there have been no drums throughout.

How High Does The English Grass Grow? is the perfect example of why Arran George is someone to keep an eye on. The title itself has an iconic feel about it and the song is centred around a chilled looping guitar with a semi-playful chorus recalling the madcap, Arcadian nature of Syd Barrett.

2019 will see more new music and some touring but in the meantime you can listen to What I See On Daytime TV here.