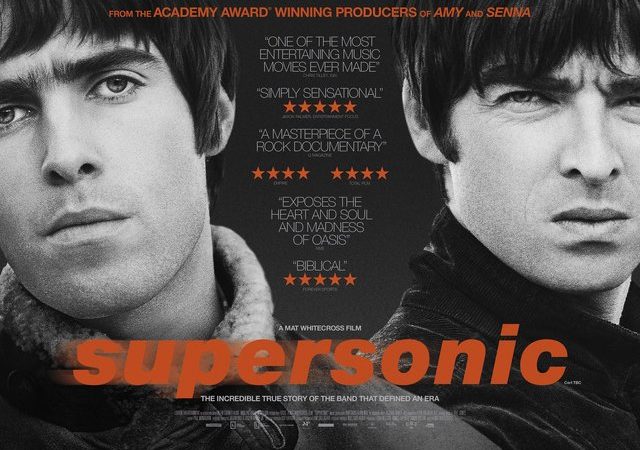 Cast your mind back. Around the mid 90s, Oasis felt like a really exciting and important band. Any self-respecting music fan was obliged to own their records. Then – and it’s hard to pinpoint precisely when this was – that all changed. Their later albums went unbought and unloved. Their early albums gathered dust before they began the slow migration to the charity shop. So, what made Oasis feel so special in the first place? And where did it all go wrong?

Supersonic, a new documentary about the band directed by Mat Whitecross, goes some way towards exploring that first question but dodges the second question almost completely. The atmosphere of those heady days is conjured up very effectively. It’s a kaleidoscopic assemblage of archive clips, including some great, early behind-the-scenes footage of the band and their entourage, overlaid with new commentary by the key players. In the latter capacity both Noel and Liam Gallagher are present and correct, and are credited as executive producers.

Herein, most likely, lies the rub. It would be inconceivable to make an Oasis documentary without the Gallaghers’ involvement, and their contributions are as dry, irreverent and funny as you’d hope. Once they’re on board, though, and given some sort of executive say-so, the film, like the band, risks being at the mercy of their warring egos. The end result is undeniably expertly made and pretty entertaining, but it often feels like it’s trying to pull off a balancing act to its overall detriment.

Some seriously curious decisions have been made along the way. With a running time of more than two hours, it’s by no means a short film, but nevertheless Supersonic doesn’t manage to fit in the whole Oasis story. Rather it’s focused squarely on their early phase, from formation to finding fame, signing off with their two massive gigs at Knebworth in August 1996. Blow by blow, it covers events including the making of the first two albums. Undoubtedly that represents the band’s purest glory days, and allows for the film to be largely celebratory. Indeed, it ends with comments from band members suggesting that they might as well have spilt up after Knebworth. In fact, though, they kept going for another 13 years and recorded five more albums. In that respect Supersonic isn’t so much the Rise and Fall of the band as the Rise and Well Yes There Was a Fall But Let’s Not Get Bogged Down in All That. It’s a bit like someone making a biopic of Darth Vader that leaves out everything that happened after The Empire Strikes Back. You kind of understand where they were coming from, but you still come out at the end feeling like some important stuff has been missed out. 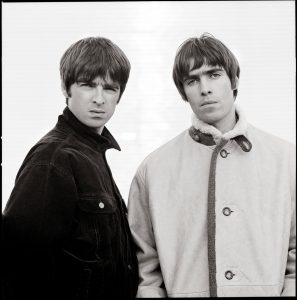 Similarly, in some respects this feels like the end result of a parlour game:  ‘Can you talk for two hours about Oasis without using the words ‘Beatles’, ‘Britpop’ or ‘Blur’?’. Amazingly, Supersonic pulls it off, but again it feels as though familiar elements of the story have been jettisoned here without any clear reason why. It’s not a whitewashing of the tale, though. Far from it. It takes in every twist and turn along the way, from disastrous early American gigs and being thrown off ferries to abortive recording sessions and band members going astray.

It’s somehow a bit myopic, though. One big reason why Oasis made such a huge impact was because they were genuinely refreshing. The UK’s early 90s music scene was virtually a wasteland. Mainstream pop was processed and drab; the indie arena was often uninspiring and self-satisfied. Oasis had big, accessible tunes, lots of attitude and plenty of genuine personality. This came as a breath of fresh air, and that sense of context is important in understanding their appeal. But this isn’t really touched on here. The only contemporary act to merit a mention are the Inspiral Carpets, and then only because Noel used to be their drum roadie.

(Actually, that’s not entirely true. At one point Noel is heard to say: “I want the severed head of Phil Collins in my fridge by the end of the decade. If I don’t get it, I’m a failure.” No-one tell Noel, but earlier this week Phil Collins announced Not Dead Yet: Live, his first European tour in ten years.)

All told, this documentary is often over-simplified to become the Noel and Liam story. The eventual decline of Oasis isn’t covered, but there’s an implication seeded here that their fraternal Punch and Judy act ended up getting out of hand and capsized the band. There’s a lot of truth in that, but there’s another school of thought that Noel losing his passion for songwriting, and some of those duties being carved up by other members, was the real killer. Sheer creative stagnation didn’t help, either. Unlike their idols, Oasis never really developed musically. Later albums sounded much the same as earlier ones but with far fewer great songs, and no-one ever said that about Revolver.

It’s tempting to draw comparisons between Supersonic and Shane Meadows’ 2013 Stone Roses documentary Made of Stone, which was a more rounded and vivid telling of its story but which, to be fair, had the hook of the band’s reunion gigs to hang on. The prospect of an Oasis reunion isn’t raised here and in its absence Supersonic feels like a place-holder, a nostalgic blast which re-lives the days of their thrilling ascent. Ultimately they were a meat-and-potatoes sort of band, and this is a fittingly straight-ahead, unfussy telling of that heyday. Along the way, though, it might just remind you of why the wheels came off. 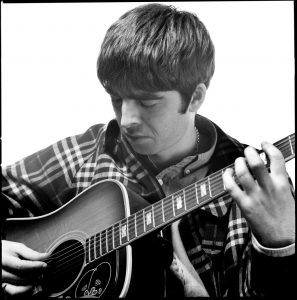 Supersonic is currently on general release