Suzanne Vega: “The audience comes, thinking of their own memories”

When I wore out my Suzanne Vega cassettes in the 1980s, playing them over and over again, never in my wildest dreams did I think that, one day, I’d be explaining builder’s tea to my musical hero. But earlier this month that’s exactly what happened.

“I’m a tea fanatic and I need three cups of it in the morning to get going,” Vega tells me. “And I always know that in the UK I can get that really great pot of tea. I really look forward to those lovely pots of tea.”

Me: “What’s your preference for a cup of tea? Strong? With milk? Sugar?

Suzanne Vega: “I have strong tea with milk. I used to have sugar but now I can’t anymore so I have Stevia. But I like it strong and sweet. Cups and cups, thank you very much. I drink three in the morning and then a bunch at about four o’clock in the afternoon.”

So, not only is Vega one of the best singer/songwriters in, oh, the world ever, she also likes a good brew. I want to run around the room shouting “Squeeeeeee!”

Of course, it’s not like I randomly ring legendary musicians and ask them about their caffeine habits (if wishing made it so I’d quiz Rick Astley on his proclivity for a cuppa). Vega is about to embark on a UK tour and, much to the delight of her fans, will perform two of her most-loved albums in their entireties: Solitude Standing and 99.9F°. But why now?

I wonder if she can believe that it’s been that long.

“Yeah,” she laughs. “I can. I don’t really feel the passing of time but I can believe it when I look back on everything’s that’s happened inbetween, I say ‘yep, that’s about it’. But it doesn’t bother me. I love the idea that we’re going to celebrate this and I’m really looking forward to the tour.

“I did Solitude Standing five years ago in London and it was just such a wonderful experience. That’s what made me want to repeat it. I thought, oh, we’ll do it for the 30th and then I thought, oh, we’ll add 99.9 which will be a contrast because the two albums are very different.”

Both albums feature Vega‘s most iconic songs, including Tom’s Diner and Luka. If you’ve listened to them before (and if not, why not?), you’ll probably agree with her official biography which says that Vega’s voice is “a cool, dry sandpaper-brushed near-whisper”. I’m not about to argue with that and nor are her legions of fans, many of whom, like me, have followed Vega since her self-titled 1985 debut album (one of the songs, Marlene on the Wall, was listed in Rolling Stone‘s 100 Greatest Recordings of the 1980s). 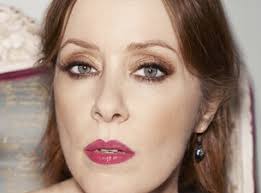 Back in the 80s and early 90s, this California-born artist, who grew up in Spanish Harlem and New York’s Upper West Side, was labelled as a ‘neo-folk’ artist. I think this still rings true but Vega continues to surprise, not least with her most recent album.

“The album that came out last year is ten songs from a play that is going to be having its world premiere next year in February in Houston, Texas. And the play is called Lover, Beloved: An Evening with Carson McCullers. So I’m sort of juggling two worlds here. I released a CD not knowing when the premiere was going to be and as it turns out it’s a year and a half later. So I’m inbetween the two phases of this one project. So it’s hard for me to think beyond it. Once I do the world premiere of the play then I can clear my calendar and start thinking about the future.” 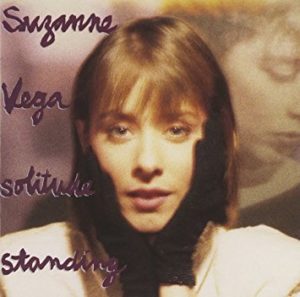 McCullers is best remembered for her 1940 novel, The Heart Is A Lonely Hunter, as well as a tumultuous personal life which included alcoholism and a myriad of complex bisexual romantic obsessions. She died from a brain haemorrhage at the age of 50 in 1967. While Vega has performed a version of this musical staging before, she has said previously that this one (the third interpretation) is different and she regards it as new material.

In the meantime, Vega is preparing for her visit to Britain (“I love touring in the UK. It is different than touring in the US. First of all, the distances are not so huge. We can go from one city to the other in two to four hours.”). I ask if performing albums from start to finish differs from singing a selection of hits.

“There’s a different expectation from the audience,” she reflects. “The audience comes, I would imagine, thinking of their own memories and their own expectations for the show, and there’s a kind of intensity about it and it’s a kind of relief when it’s done. Because 30 years ago people would listen to albums in their entirety. Even with vinyl you’d listen to one side and then you’d listen to the other and that would take up your afternoon. So there’s an expectation that you’re going to be brought back to a period of time that was meaningful to you as an audience member. So I’m aware of that and it’s just very different when it’s just me throwing songs out there and just having a good time.”

Ah, ne’er a truer word spoken. I only have to hear the opening bars of Left of Center and I’m back in the local video store lying about my age in order to rent Pretty in Pink. Play Marlene on the Wall and I’m in my teenage bedroom leafing through Just Seventeen and mooning over Corey Haim. Later I came to love Vega’s Sessions at West 54th, a gift from a friend who has since told me he regretted parting with it.

In the halcyon 80s it was normal to spend an entire day locked away in your room, listening to albums. While I’m not exactly down with 21st century kids, I suspect that doesn’t happen today. As Vega says, there were different ways of enjoying music. 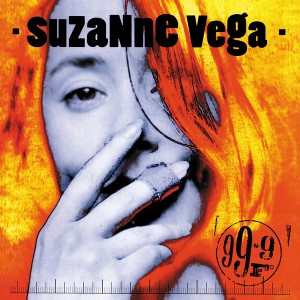 “Yes, there was more of a sense of ritual back then. You’d clear a bit of time or maybe you’re cleaning your house or whatever you’re doing, and you’d put on an album that you like and you’d experience all the songs in their order with the spaces inbetween and all of that had a kind of meaning. And so I’m trying to recreate that on stage for an audience.”

With more than three decades of work under her belt, Vega has more than enough to draw on when touring. But I wonder if there are any songs she doesn’t include in her repertoire.

“The ones I think ‘oh god, not this again’ tend to fall by the wayside. But the ones that I love performing are the ones that are still in the set. And they range from the sort of silkiness of Caramel – that’s a song I still love to sing, there’s a sensuality that’s just great – to say Blood Makes Noise which is very edgy and it’s just got a lot of attitude. And I love The Queen and the Soldier because people still love to hear it. So I’m going to be doing both albums [in the UK] but will probably put in a few at the end as well. I know we’re planning to include Left of Center and probably The Queen and the Soldier and then probably a new one at the very end.”

Vega’s back catalogue is an embarrassment of riches. Yet, a few years ago, she decided to re-work her recordings.

“It was my response to what was happening in the industry,” she explains. “I spent most of my recording life on A&M Records. I’m no longer with A&M Records, they’re a huge record company, they retain the recordings. I don’t own them anymore. They own them. So I found myself on my own with no recordings of my own. So that’s why I decided to re-record my catalogue and do a more acoustic version of them – a) I thought the fans would like them and b) it gives me something of my own to sell at shows, to market the way I want them to, to re-present them to my audience, and it was a way of growing my social media. At that time I was looking to have about 100,000 people on Facebook that I could sell my CDs to. And now we’ve gone beyond that number [Vega has more than doubled it]. But it was a way of re-presenting my body of work to my potential audience. 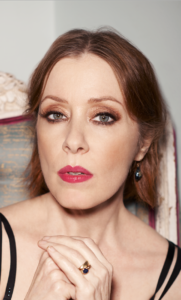 She adds: “All of this sounds very heady and everything but it was what I wanted to do at the time. I figured that if I’m going to start my own record company there’s no point in just coming out with a new batch of songs not knowing who I’m going to be selling to. So I kind of grew a new fan base by releasing the re-recordings. And because I did them by theme instead of by album, a lot of people became acquainted with the newer material.”

Much has happened in the years between first recording those songs and re-issuing them. As well as producing new material, Vega has dedicated much of her time and energy to charitable causes, notably Amnesty International, Casa Alianza, and the Save Darfur Coalition. She has a daughter, Ruby, by first husband Mitchell Froom who, like Vega before her, attends the High School for the Performing Arts (that’s the Fame school to you and me). Vega is now is married to lawyer and poet Paul Mills who proposed to her originally in 1983 – she accepted his proposal on Christmas Day 2005, some 22 years later.

As for me, I’m loathe to let Vega off the phone. Nevertheless, as I wind up our conversation, I ask who is on her current playlist.

“You’ll laugh when I tell you who it is,” she says. “I’m getting my iPhone right now. Playlists. Downloaded music. What do we have here? We’ve got Nine Inch Nails, we’ve got Lana Del Rey, we’ve got Ed Sheeran who I think is just genius, Maroon 5, we’ve got Alessia Cara who’s cool. The one I was laughing at was that kid who sings Stitches, his name is Shawn Mendes, he’s from Canada. I saw him recently on TV and I was like, I want to listen to that. So that’s kind of a range there.”

It’s more than 30 years since I first heard her songs and I’m still crushing on Suzanne Vega.

Suzanne Vega is touring the UK this Autumn, including gigs at Sage Gateshead and Manchester’s Bridgewater Hall. For more information, click here.