At the beginning of The Lithium Codex, Oz Hardwick advises us that the poems within should be used “only as directed” as side effects include “a possible latent aversion to intimacy”. I beg to differ. The poet welcomes us into an intimate and varied tapestry of landscapes, dreamscapes, soundscapes and mood swings. The poems oscillate between the observed and the absurd, between the small joys and woes of existence in this examination of self and sharply detailed worlds – some real, some imagined.

In the train journeys that crop up, we encounter a narrator who “…carries a toothbrush and a lock of his mother’s hair” and “…folded pages of favourite novels so I can find my bearings”. Such lines invite readers to find their bearings too.

Meanwhile, in Happy the poet deftly laments the cycle of life and death while tipping a hat to dead heroes, where “…commemorations accrete like gases” and where the poet wonders “…why so few ghosts are reported and why none of them are wearing denim”.

There are real moments of magic here. Take Be Your Own Personal Jesus, for example. The poem not only echoes the Depeche Mode classic but goes the extra mile to show us the value of being your own saviour:

“Walking on water’s easy once you have the knack; just a matter of knowing when to

shift weight from one foot to another before it breaks the surface.”

In other joyous and yet sad moments, such as in Evening Glass, the poet hints he should slow down or rewind to focus on or remember the little things which are anything but:

“If I could draw my life back into the taps, I’d say something stupid about the curl of your

hair around your ear.”

However, even when beauty rises through the mist, the pull of darkness never seems far away: “But evening picks itself up, dusts itself down and threatens at the window.”

When despair threatens, the poems consistently hint that the poet is all knowing and has coping mechanisms to find his way through life. This is poignantly exemplified in A brief history of Mermaids:

“I woke up knowing it was still a matter of tides and their negotiations, the balance between trust and breathing, and the incessant pull of the deep.”

Despite the often powerful and unsettling shifts of tone, this fine collection hums with a resonant beauty, perfectly illustrated in the final poem of the book, Lithium Soundtrack Surprise, where the woman in the poem “…blinks through the window, transforming the morning into an old movie stuttering into life, where…rail tracks are staves on which early birds improvise songs”.

One gets the feeling that Hardwick is one such early bird, improvising on his own commutes and later crafting them into the brilliant poems this book is packed with. The Lithium Codex shows us a poet at the height of his powers, a poet liberated by the form he has chosen for his latest work, poems that stretch a little more when waking, poems that take us into the deep and back out into the light.

Talking to the poet

After reading his book, I interviewed Hardwick. Here’s what he had to say.

Northern Soul: Who or what was the trigger that inspired you to write prose poems?

Oz Hardwick: It was reading Richard Brautigan when I was in my teens. Reading his novels and short stories, it struck me that they were better poetry than his poems were. The term ‘prose poetry’ wasn’t on my radar at all, though it should have been, as I would certainly have read Brian Patten’s Prose Poem Towards a Definition of Itself, and he’d been maybe the first contemporary poet I’d discovered when I was 10 or 11. 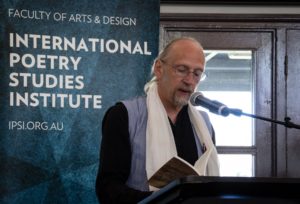 For some reason, though, that one hadn’t stuck with me. So when I read Brautigan, particularly with Trout Fishing in America and Revenge of the Lawn, I decided I wanted to write something like whatever that was. So, I wrote a whole heap of poor imitations until somewhere along the line I started writing like myself.

NS: It seems a satisfying definition of what constitutes a prose poem remains largely elusive. Why do you think this is the case?

OH: Because it exists in a liminal space which is one of its attractions. For me, it’s where the discipline of storytelling and the linguistic (and I’d add temporal) concerns of poetry come together and a bit of magic happens. It’s a point that can’t quite be located on the conceptual map, and if ever we get to the stage at which it can, I suspect I’ll be off doing something else.

NS: Have you noticed a proliferation of prose poems in literary magazines and webzines?

OH: Proliferation is perhaps putting it too strongly, but there has been a bit more openness in the UK in recent years. We’re behind, say, the US, or Australia, or France, and there are still journals which won’t consider prose poetry as a matter of course, but there is a growing acceptance and, perhaps, curiosity. A sense of, “OK, well let’s see what this odd form can offer”. 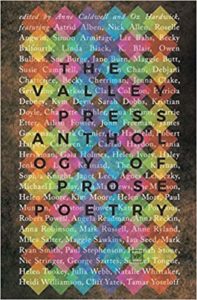 NS: As a co-editor of The Valley Press Anthology of Prose Poetry, out of the more unsuccessful submissions, were there common reasons why some prose poems submitted didn’t quite meet the required standard/quality?

OH: We had hundreds of submissions, and obviously some people just don’t read the guidelines (10 rhyming, lineated poems? Eh?), and some submissions are always going to be weaker in terms of originality, sharpness, and so on. But of those which were good writing, there were some that were more flash fiction or – if I can use the term without any pejorative connotations – anecdote. There wasn’t enough poetry for the magic to happen.

NS: Has writing prose poetry changed the way you write your own poems? If so, how?

OH: No, because I have always written prose poetry since before I knew there was such a thing. I’ve just found homes for more of them in recent years – The Lithium Codex is my third collection of solely prose poems – and because of that I am writing fewer lineated poems. Prose poetry has always been truer to who I am as a writer.

NS: Which poets who are concentrating on writing prose poetry would you recommend?

OH: With any type of writing, I always recommend getting stuck into an anthology first as what I like may not be what you like. It’s not my place to plug the Valley Press anthology, but it is by its very nature a collection of contemporary work that I think is really good. There’s also the recent Penguin Book of the Prose Poem, if you want a sense of the form’s history (albeit a necessarily sketchy history). My own favourites include Russell Edson, Cassandra Atherton, Agnes Lehoczky, Luke Kennard…the list goes on.

NS: Finally, as your last two single author volumes were made up of prose poems, do you see yourself going back to more traditional poetry or continuing to write prose poems exclusively?

OH: Russell Edson talks about the shape of thought, and I think that prose poetry is most usually the shape of my thought. I still write in other forms, but not so much – it’s a matter of letting the poem become the shape it needs to be. Certainly, my next collection will be exclusively prose poetry but, as Pablo Picasso said (only in French): “if you know exactly what you’re going to do, what’s the point of doing it?”

The Valley Press Anthology of Prose Poetry, edited by Anne Caldwell & Oz Hardwick, is published by Valley Press and available to buy now.