The auspices were good. The writer, Simon Stephens, comes from Stockport and is one of the most successful playwrights working today – you probably know him best from his adaptation of The Curious Incident of the Dog in the Night-Time – and he’s worked at Manchester’s Royal Exchange before. Jarvis Cocker, who wrote the music for this new play, is practically a national treasure. And this is, after all, Sarah Frankcom’s directorial swansong at the theatre before she goes off to run LAMDA, one of the UK’s leading drama schools.

The acting is good. Frankcom has assembled a cast of Exchange alumni and mixed in some fresh blood, and they have some pretty difficult stuff to do: lots of rapid exchanges not quite connected to each other, some swift changes of mood, and quite a lot of sitting still on stage pretending to be somewhere else while the others do their stuff. 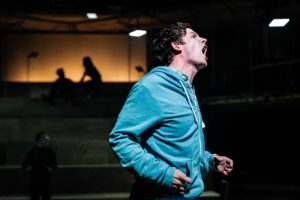 That’s how this piece, Light Falls, works. It’s about a family. The three children and the unloved husband of an alcoholic. Five damaged people, and the people they connect with. They don’t all meet until the end so we have five interconnecting stories happening simultaneously on a big open stage, a bare plywood floor which rises in a series of steps on one side of the auditorium up to the first balcony.

The inciting incident, as they say in creative writing classes, concerns the mother, but the rest of the family don’t hear about it until act two. Meanwhile, act one is spent setting up their characters and their relationships. The second act explores the relationships a bit, brings them together, and then finishes. I think that’s the problem. Structurally, the play lacks a middle act. A complication of events. A further obstacle for the protagonists to overcome. There is a hint of one in act two, and it’s rather interesting, but the author chooses another direction.

Musically, it’s austere. There’s a song rendered in various a cappella forms, whose principle sentiment seems to be ‘never forget you’re from the north’. It’s sung at significant moments, by one or more of the cast. It’s a nice, plangent tune.

But in the end, I’m struggling to put all this together. I’ve known some alcoholics and the damage they can do is, I think, understated here. And I felt like I was just getting to know the characters when we had to say goodbye. Their stories are individually interesting but lack a middle act, and therefore a satisfactory resolution. 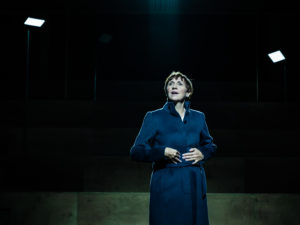 The connection to northernness eludes me. No doubt critics from the south will get it, but to someone who was born in Aberdeen and who thinks that the idea that Manchester is in the north is a bit of an overstatement, it seems a bit mawkish. That’s not to say that the north isn’t different from the south, it certainly is, but the sentiment of professional northernness belies the true grit of the people who created the industrial revolution, and those who are making Manchester great again now, which we celebrate. This ‘zine isn’t called Northern Soul for nothing. But apart from the accents, I didn’t see anything in these stories that couldn’t have happened in Bristol. Or Hastings. 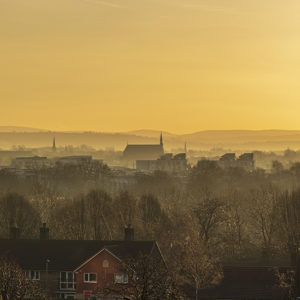 Light Falls is at the Royal Exchange until November 16, 2019. For more information, click here.

This is Northern Soul's brother-in-law's business. He's a professional chef and a fabulous cook. 🧑‍🍳 twitter.com/GrazeRamsbotto…

This week on the #NSPoll, we're asking you lovely lot: what's the best thing to throw on a barbecue? Are you a beef burger fan? Or do you prefer something plant-based? Let us know in the comments below and cast your vote over at northernsoul.me.uk #barbecue #BBQ pic.twitter.com/olS4WI2IpT