The trick to pulling off a really great pantomime is balance. It’s meant as big, broad, all-ages entertainment, so it’s about finding a way to keep everyone involved and entertained within the same show. This year’s Manchester Opera House panto, Snow White and the Seven Dwarfs, is often a whole heap of fun but occasionally its sense of balance is a bit off.

For a long time the Opera House panto was the domain of writer/director/dame Eric Potts, but in recent years UK blockbuster panto specialists Qdos have moved in. For last year’s Cinderella, Potts was absent entirely with Qdos mainstay Alan McHugh proving the script – along with that of 30 other pantos nationwide the same season. Now Potts is back, working with another McHugh script which includes additional material by co-star Ben Nickless, who made a big impression as Buttons last year. As such, Snow White is a blend of something old and something new (and yes, we’ll come to ‘something blue’). 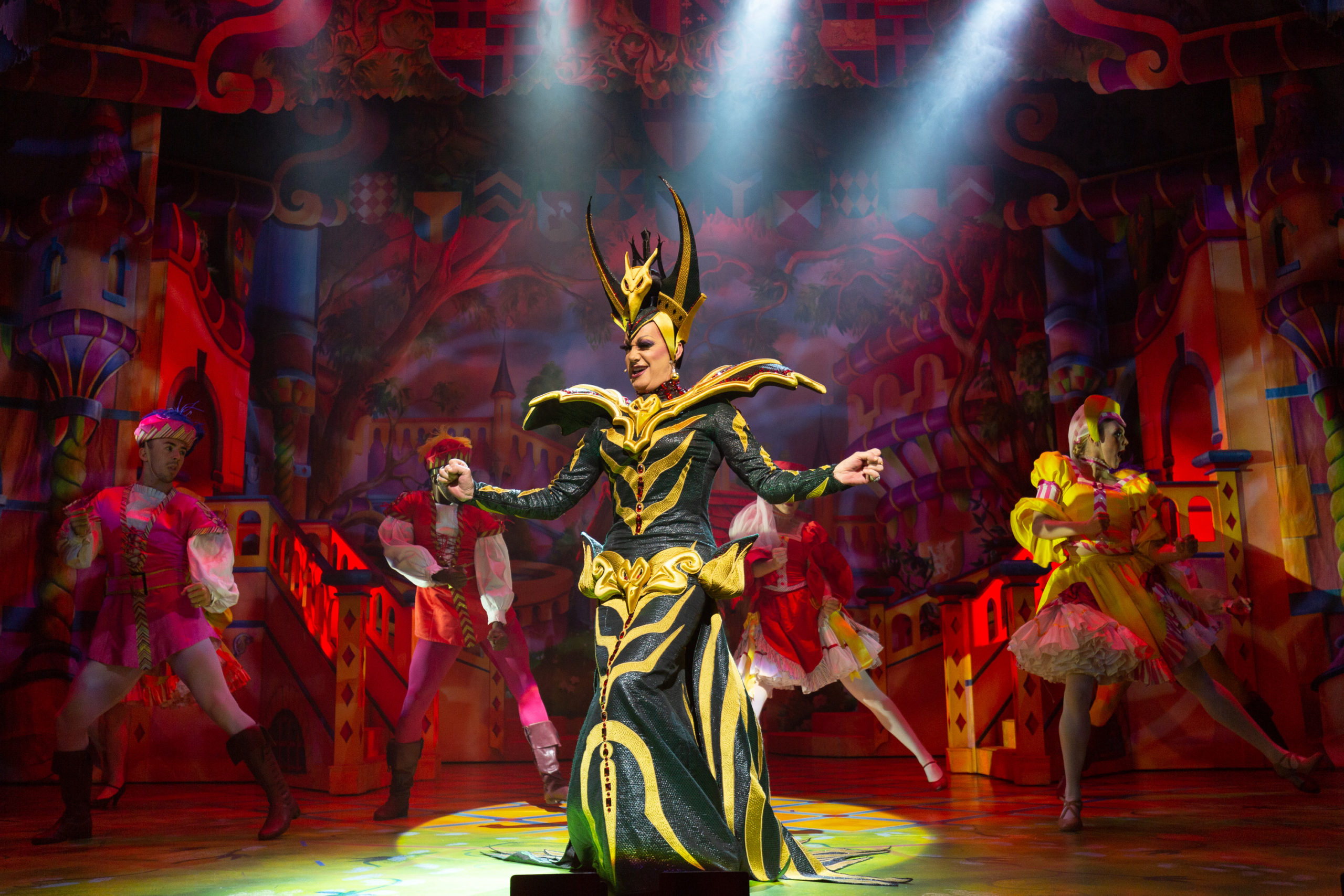 It’s also a star vehicle for Strictly Come Dancing‘s Craig Revel Horwood, playing the bitchy Queen Lucretia with evident relish. The Strictly references are piled waaay too high and as an acting turn Horwood has his limits, but he proves to be an excellent sport and more than acquits himself in the singing stakes. In the perennially thankless romantic lead roles, Zoe George as Snow White and Joshua St Clair (as Prince Harry) are spirited and likeable, and as Nora and Muddles the comic pairing of Potts and Nickless proves to be a winner. Nickless is such a natural at this kind of daft festive fun that you wonder what on earth he does for the rest of the year.

If there’s a failing it’s that, for the most part, the show feels so slick that the effect is bludgeoning rather than charming. The Qdos production line can result in identikit pantomimes that lack personality and character. Attempts to inject something thoroughly Mancunian here don’t always succeed. The dwarfs who bellow “AVE IT!” and declare Snow White to be “well fit” are just about bearable, but repurposing the bleedin’ Lambeth Walk with new lyrics probably isn’t the wisest way to celebrate the North. 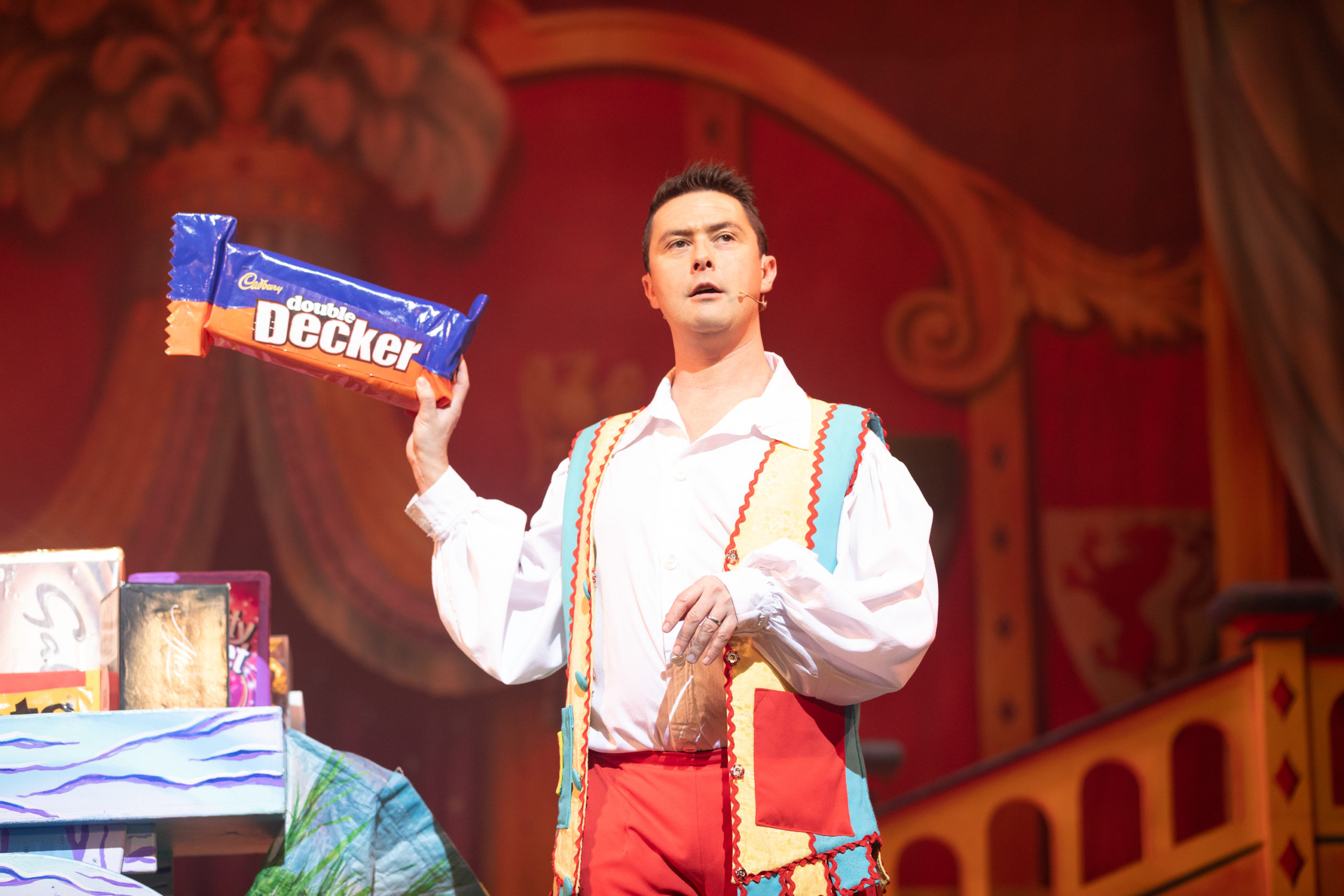 In tone it’s all hugely camp, and that’s hardly a surprise where panto is concerned, but the sheer volley of archness risks losing focus on the key audience of small children. More damagingly, there’s a streak of crude end-of-the-pier humour which sorely needs reining in (that Prince Andrew remark knows it’s too near the knuckle, but even the adults in the audience wince at it).

There are shortcomings, then, but for the most part this is still a proper hoot, with big production numbers and some deliciously realised routines; The Twelve Days of Christmas and a discussion about a sushi bar being highlights. As a whole though it would be more cherishable if it was delivered with more genuine love than well-drilled professionalism, so it felt just a little less slick and a little more characterful and home-grown. The best, funniest and most memorable moments are probably when things don’t go to plan, and there’s surely a lesson there. 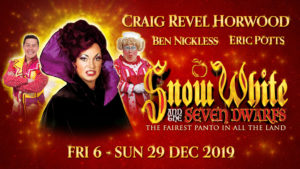 Snow White and the Seven Dwarfs is at Manchester Opera House until December 29, 2019. For more information, click here.