Around 18 months ago, I was fulfilling my primary role as a parent: minicab driver.

Dad’s taxi time is important. Both our boys are coming to that age where their bedroom has become a cave at home, so the short road trips, ferrying to and from after-school activities, give us the chance to do something that’s usually prohibited. We talk.

On this particular night, my son Thomas asked me which writing project I was currently working on and, particularly, which artist from Ramsbottom I’d asked to (as he put it) “do the pictures”. My previous book releases have included covers produced by graphic designer Adam Rowlinson and fine artist Stuart Barkley (aka the Wedding Painter) – two very different practitioners, but both living within a two-mile radius of home. I’ve made a point of keeping things local and, as Ramsbottom has such a rich vein of talent, I haven’t travelled far to find people to produce perfect images.

I explained that I hadn’t really got that far in the process yet – I’d only written four of the 20 pieces I needed for the new collection, which was to be a selection of verses for primary-age pupils touring to schools across the country. I knew I wanted a cartoon style, something that would be accessible for five and 11-year-olds alike, but little more at that stage. So I asked him what he’d like to see in the book (being slap-bang in the middle of the target audience).

What followed was a pretty detailed description of what I should do next. Colours to use, styles, themes, whether it should be painted or done in felt tip – the whole shebang. Whether my little ginger tearaway realised that he was making a pitch for hours of hard slog I have no idea but, either way, he was doing a damn fine job. By the time we got to tennis, it was agreed. He was an artist and he was local. Thomas Jenkins, aged nine, would become my illustrator.

We began that night and I handed over a short piece of nonsense that I’d been working on: a highbrow piece about unwanted trumps (small ‘t’) escaping in class (I’d asked every responsible adult I could find about what would make kids laugh, and farting was the simple, yet overwhelming, response). He got out his pens and started scribbling. Some 30-minutes later he presented me with a picture of a child with a gaseous green cloud that looked a little like a Brussels sprout emerging from his posterior. It was perfect.

We were off. The dining room table became our new office. Thomas came up with new pictures for me to pen poems about and I asked him to scribble down visuals in felt tip. We built up a portfolio of work and within three short months had finished our first collection ready for the schools’ tour. My Bottom Did A Burp in Class was born.

Shoot forward to the present and, 40 poems and pictures later, we are about to release our second collection. Wibbly Wobbly Words is ready. Poems about mummies and fireworks and knights who ride rainbow unicorns have been written and drawn, blurbs blurbed and the biographies of this most unique combination of artists penned.

Today we got the proof copy of the new book in the post and did a celebratory dance/set of high fives in the kitchen before breakfast. All we’ve got to do now is tell the world about it.

Wibbly Wobbly Words is available to buy from February 26, 2018. 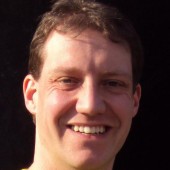 “Fiction has to reflect the experiences of everybody.” Author Glen James Brown talks to Northern Soul