The startling, powerful and often bleak Oldham-set debut film by Dan Kokotajlo, a Tameside-born director, explores the fall-out of renouncing a family religion and motherhood.

After a screening at HOME in Manchester, Northern Soul met the director of Apostasy, Dan Kokotajlo, and actors Molly Wright, Sacha Parkinson and James Quinn.

This multi award-winning and undeniably authentic film centres on the director’s insight into the Jehovah’s Witnesses community. As a former member of the religion, Kokotaljo is in a unique position. In the movie, sisters Alex and Luisa live with their mother, Ivanna, and their lives revolve around life in the Kingdom Hall. However, after falling pregnant, Luisa is excommunicated, and the film explores her lack of faith and a family tragedy that force the central characters to question the root of their religion.

Northern Soul: I was struck by how balanced and insightful this film is. Dan, what were your aims when making it?

Dan: I had three motives for creating this film. One was telling a fictional drama in the most engaging way possible, two was conveying the story of an excommunication from the Jehovah’s Witnesses and three was the need to be respectful to current Witnesses. There were three distinct audiences to appeal to. 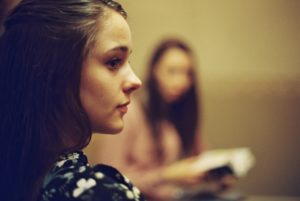 NS: Talk to me about the tone of the film and the characterisation.

Dan: The tone of the film was very much influenced by a voice recording of an ex-Witness I managed to get hold of, this was a real inspiration, that and my own personal experiences. I also spoke to a number of ex-Witnesses and used all this background material to forge the story arch.

NS: The actors and crew are all Mancunian. Was this a conscious decision?

Sacha: I think Dan chose local people, so it would be authentic.

James: Yes, there were lots of familiar faces, it was great. I don’t see enough Northern actors represented in film.

NS: Did you undertake much research ahead of filming?

Molly: I looked into issues around blood transfusions and started to read the Bible.

Sacha: I watched a lot of promotional films. They were very manipulative and beguiling, lots of bright colours and happy music. I was also watched a documentary called ‘truth be told’ which was slightly like propaganda. 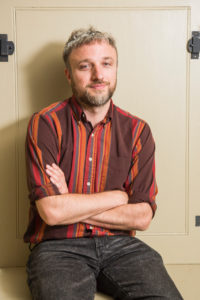 NS: The film is very female-centric. Was this important to the spirit of the piece?

Dan: The film is defined by themes of family and relationships with others. My mum joined the Witnesses first and then my cousins and aunties followed suit. The whole religion is ruled by patriarchy, the elders are always men and the men are in charge of making decisions.

Molly: The film focuses on a family of females. There’s a real lack of males in Alex, Luisa and Ivanna’s lives, apart from the godly figures of the male elders.

NS: Let’s talk about the aesthetics of the film and how it was made.

Dan: I spent a lot of time trying to work out how to approach the film. Faith films are notorious in their use of symbols. Jehovah’s Witnesses don’t really display symbols, their halls are very simple spaces, so I employed very realistic photography. This film was really more about faces, characters and the internal journeys Alex, Luisa and Ivanna were on. I wanted it to reflect real life and capture the blinkered view of ‘the new system’.

NS: Which locations did you shoot at?

Dan: All locations were chosen in Greater Manchester. The Kingdom Hall is in Oldham. I was attracted to it because it backs onto a dual carriageway and this represented the insular life of the Witnesses and the busy world going on everywhere else. The actual interior of the Kingdom Hall was shot in Audenshaw and in real life it was an old Masons’ hall. Going inside for the first time brought everything back to me, it was stark, just like the places of worship I’d attended. 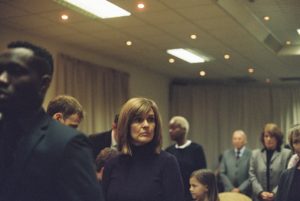 NS: Which filmmakers are your biggest influences?

Dan: When I first started making films I delved into my heritage and watched lots of Italian and Ukrainian cinema. Then I came to appreciate British auteurs that represent ‘real life’ like Mike Leigh, Alan Clarke, Anthony Asquith and Terence Rattigan.

NS: Has making the film provided a sense of closure for you personally?

Dan: It’s been very painful for me as an ex-Witness. I doubt my mum will ever come and see my film. There’s also a lot of pressure for a first-time filmmaker from your family and the community of Witnesses.

NS: Emotions never get out of control in the film. How did you direct this?

Sasha: Dan told us to act less. I worried about my performance and how it might be perceived as dull, but a lot of my character’s words are unspoken.

Dan: There’s a feeling of constant worry as a Witness, of not being good enough to make it into ‘the new system’. This is reflected in how people interact. People are more insular, they spend two hours a day learning Bible studies. I wanted the characters to pull back and let their expressions communicate most of the story.

Apostasy goes on general release on July 27, 2018 and is being shown at HOME Manchester and other locations. For more information, or to book tickets in Manchester, click here.