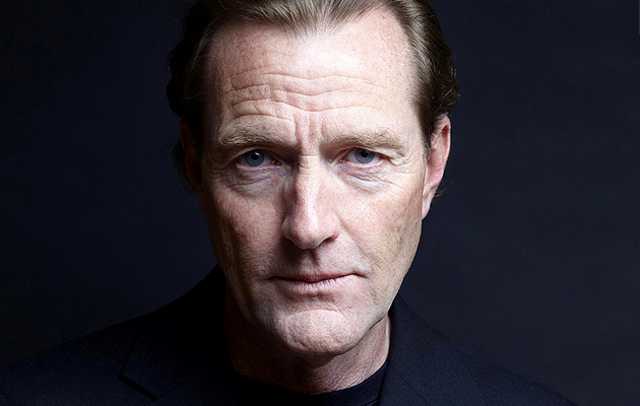 With more than 100 million books sold in more than 100 publishing territories to date, it’s estimated that a Jack Reacher thriller is bought somewhere in the world every nine seconds. A new Reacher thriller, The Midnight Line, was published here just before Christmas and the book before that, Night School, was the UK’s biggest selling hardback novel of 2016. The novels have also been adapted for two Hollywood films starring Tom Cruise.

So Lee Child, the Coventry-born, Sheffield and Birmingham-educated, Granada-sacked (and thus indisputably a Northern Soul) creator of the tall, tough and taciturn hero has a legitimate claim to be the world’s most popular thriller writer.

He’s long been resident in New York but is a regular visitor to, and a popular character around, the biggest celebration of the crime genre in the world, Harrogate’s Theakston Old Peculiar Crime Writing Festival, where he won the Crime Novel of the Year Award in 2011 and, last year, received the Outstanding Contribution to Crime Fiction Award, joining the exalted likes of Colin Dexter, Ruth Rendell, PD James, Reginald Hill, Lynda La Plante, Sara Paretsky and Val McDermid.

It’s not just exciting but entirely fitting that this brilliant festival, established in 2003 by McDermid, agent Jane Gregory and arts charity Harrogate International Festivals, has announced Child is to take the helm as programming chair of its 2018 festival, the sixteenth to be held at Agatha Christie’s haunt, The Old Swan Hotel, in the lovely spa town.

The festival is regarded as the world’s best by fans and authors alike, acclaimed for the programming, organisation and uniquely inclusive atmosphere which means it’s just as likely that you’ll bump into the likes of Ian Rankin at the hotel bar or sitting next to you at the Saturday night quiz as catch him in conversation on stage. The wonderfully friendly atmosphere even tempted JK Rowling to break cover a few years ago for her Robert Galbraith nom-de-plume (as in the Cormoran Strike TV series) and over the years has hosted iconic names from PD James and Jo Nesbo to George Pelecanos, Dennis Lehane and Peter Robinson among the 90 or so writers, while also featuring such unexpected guests as comedians Eddie Izzard, Susan Calman and Rory Bremner, actors Brenda Blethyn, Jodie Whittaker and Robson Green, alongside media heavyweights James Naughtie, Mark Lawson, and Jeremy Vine.

“You’ve been there so you’ll know it’s a challenge to follow in the footsteps of authors such as Peter James, Val McDermid and Ann Cleeves who’ve all been previous programming chairs, but I guarantee I’ll be bringing some very special names to 2018’s festival,” the indefatigable Child promises me as he takes a breather from a promotional tour for The Midnight Line. 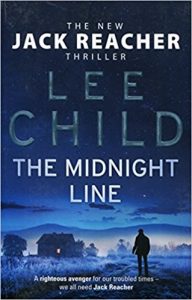 “Harrogate is by far my favourite on the circuit, so it is a real honour and a delight to be taking the helm. My grandma lived in Otley, so Harrogate is a place that has fond memories for me, and the festival has a real warmth and laid-back atmosphere. It’s put together with a lot of care and I was very happy to be invited in the early days. I think the first time I was invited was in 2005 or 2006 and I like to go every couple of years, so I’ve probably been five or six times by now. It’s just a great festival, you know, so relaxed and friendly. My fellow writers and I do a lot of these all over the world and they all are somewhat different but the unique characteristics of this one make it, I think, very attractive to the attendees, which is the main point, but therefore very attractive to the writers as well.

“One of the key factors in it working so well is that there is only one thing happening at a time at Harrogate and there’s a generous gap between each event, so there’s no stress and everybody’s having a good time. At most other festivals there might well be two or three things you want to attend so you can find yourself in a constant state of anxiety about where you want to be,” he laughs.

“One of the reasons they asked me to be programming chair, I think, is that I know and have access to a lot of writers in the States, so I can ask them to come. So, we’re going to see some big names from America, and I think people are going to be thrilled with the line-up when we reveal the full list of names, I think everyone’s going to say ‘wow’.”

A few people have already said that, in fact, after the announcement that one special guest is to be Don Winslow, whose latest, The Force, about a corrupt New York cop, has earned him some of the best reviews of his career, with a film version due to be released by Fox in March 2019, directed by James Mangold and with Pulitzer Prize-winner David Mamet as screenwriter. Meanwhile, Leonardo DiCaprio is set to star in a £40 million Hollywood version of another of his books, The Cartel, to be directed by Ridley Scott

Winslow says: “I’ve heard great things about the Theakston Old Peculier Crime Writing Festival from my dear friend Lee Child who was kind enough to invite me to come this year. It’s always great to hang out with Lee and I look forward to meeting the authors, readers and booksellers who will be attending the festival.” It has also just been announced that two US journalists-turned-bestselling authors Linwood Barclay and Laura Lippman have been added to the event’s line-up, as well as John Grisham and Nicci French.

Child agrees that it’s fun to see people you wouldn’t necessarily expect to do so handling the on-stage interviews at Harrogate. A couple of years ago, for instance, Eddie Izzard was talking to Mark Billingham, his old pal from their shared days as stand-up comedians, while comedian Sarah Millican, interviewing Child, was moved to enquire about the genital dimensions of Jack Reacher. 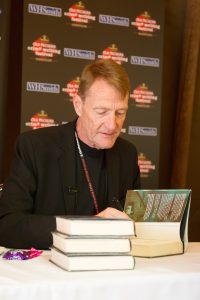 “Yes, cock size was something I don’t think I’d ever been asked in an interview before. I don’t know who’s going to be doing the interviews yet but maybe I’ll be one of the interviewers. That’s something I’ve never done and that might be fun, I guess.” It’s not as easy as it looks, I feel obliged to point out.

“Yeah, that’s what I’m worried about,” he laughs, so heartily in fact that his publicist, who can’t hear my side of this conversation, is starting to get distinctly alarmed at all this hilarity.

“But while we want to introduce some surprises, part of the charm of the event is that there are some things people love that you can’t really change that much. For instance, the New Blood event that Val does every year with brand new authors is a vital part of the mixture for both readers and writers. Readers want to know who’s up and coming and equally the new writers need the exposure.”

As for Child, it’s been a little over 20 years since the erstwhile James D. ‘Jim’ Grant, unemployed after the crass corporate dismantling of Granada Television where he’d worked for 18 years on celebrated programmes like The Jewel in The Crown, was the new kid on the crime writing block.

“I was working at Granada from 1977 to 1995, which was a golden period,” he reflects. “It taught me there is such a thing as quality mass-market entertainment. The truth is that people aren’t necessarily looking for the lowest common denominator. It also taught me that the public’s taste is totally unpredictable, and it is impossible to plan a hit. What upset me was not necessarily getting fired but the dumbing down of the management that preceded it. They just wrecked a quality organisation that a lot of people had put their whole lives into, and the results are obvious to see.

“It was traumatic and for me it lasted ages as it took two years to replace the five of us in a certain very complex role. During those two years, pieces of our jobs would disappear week by week. In August of 1994, I was told my job would be gone by Christmas so, knowing how inefficient they were, I mentally planned on leaving the next Summer, which is how it turned out. I was the union shop steward, so I knew I wasn’t high on anyone’s wish list elsewhere in the industry. So, I decided to make a complete break and be my own boss. Writing novels was the only think I could think of.” 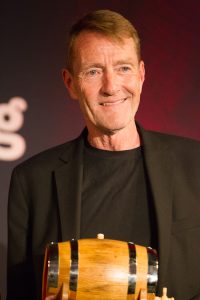 “I always say I had two muses, fear and hunger. It was in longhand because I wanted to emphasize that this was serious, it wasn’t a hobby, and I didn’t own a computer. I wanted to wait to buy one with my first advance, which I did. Story wise, I was probably pointed in the right direction by the Travis McGee series most of all, plus a little Spenser with a seasoning of Alistair MacLean. I didn’t plot much. I did what I still do, which is to have a rough idea and I just started and tried to head towards it.”

To this day, he starts each new Reacher novel on September 1, the anniversary of the day he went out and bought the paper, pencil (and a pencil sharpener) with which he would write that first Jack Reacher novel.

“The first day is always the best, because you haven’t screwed anything up yet. It’s a gorgeous feeling.”

Although perhaps less so for his publishers who have to fit in with his schedule, whether they like it or not?

“You’re right, it must have given them kittens in principle,” he chuckles. “But I think after 22 times they’ve realised they just have to take a deep breath and trust it will work again.”

Does his work ethic arise from his working-class background in the North of England?

“Absolutely. I grew up in Birmingham and went to university in Sheffield, both of which are hard-working, unpretentious towns and I carry that with me.

Photos of Lee Child by Charlotte Graham, except for main image (which has been approved for press use). Main image by Jonathan Ring.

The Theakston Old Peculiar Crime Writing Festival runs from July 19-22, 2018. Weekend and Day Rover tickets will be on sale at the end of February 2018

Tickets for individual events, including Special Guests will be on sale end of April. For more information, click here.