“Did you know some cats are allergic to humans?” Northern Soul chats to singer-songwriter Will Varley

Emma Yates-Badley February 3, 2018 Bands & Gigs, It's Not Grim Up North, Music, Northern Soul writes... Comments Off on “Did you know some cats are allergic to humans?” Northern Soul chats to singer-songwriter Will Varley 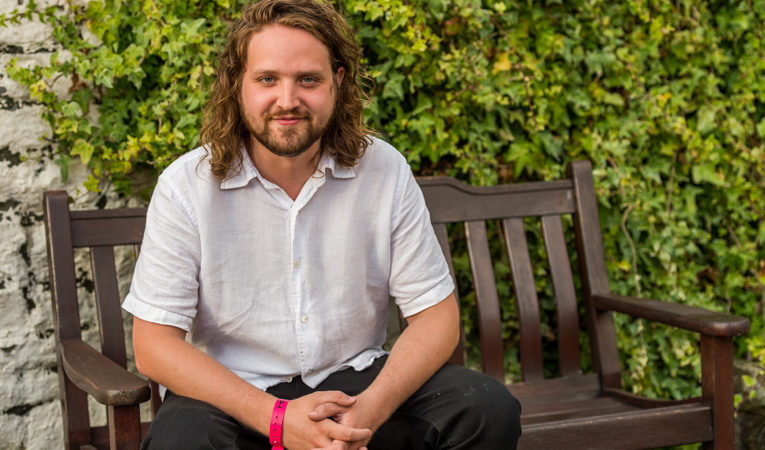 Will Varley has a history of talking to Northern Soul about cats. “Did you know that some cats are allergic to humans?” he reveals, and I immediately think back to last year’s Head for the Hills festival where a similar conversation took place.

We first encountered the British folk singer, and co-founder of the arts collective Smugglers Records, at the Lancashire festival when we took Northern Soul Towers on tour to interview a slew of music-makers and shoot our annual film.

Forever awkward, this novice on-film interviewer was horribly nervous about chatting to Varley. Thankfully he was a delight – funny, open and keen to talk. But after the camera ceased rolling, things got a little weird – even by Northern Soul’s standards – and a conversation about frisky felines and superfecundation quickly ensued. The general premise? When a cat is in heat, males you’ve never seen before – and never see again – turn up in their droves and each have ‘their go’ with the female. Unlike humans, one litter of young can have multiple fathers. Northern Soul’s Editor recounted a story of a litter one of her cats had that comprised ginger, tabby and black and white kittens. Cue a lot of joking and silliness. But that’s just how Northern Soul – and Varley – rolls.

So, cat chat aside, Varley kicked off 2018 with his biggest UK headline tour to date (no pressure, then). I wonder how that must feel – is he excited? 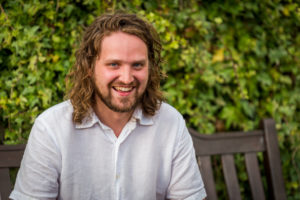 “Absolutely. I love touring the UK. I’ve being doing gigs in this country for 15 years. Less than five years ago, I did a gig at a pub in Burnham-on-Sea and two people came. So it’s astounding to me that I’ll be playing to thousands of people across the country on this tour.”

How did he get started with performing and song writing?

“I always wrote little songs and stories for as long as I can remember, I think most kids do, but I just carried it on for some reason. I remember seeing John Otway perform when I was about nine-years-old and thinking, ‘I want to do that’.”

Until Head for the Hills, I’d not come across Varley – unusual, considering he’s toured with a few of my favourite artists – but as I stood watching his set (prior to our interview) I was struck by his brilliance as a musician and performer. It was one of those wonderful moments where the festival tent is hot with bodies, everyone’s got a pint in their hand and the crowd is fully invested in the music. 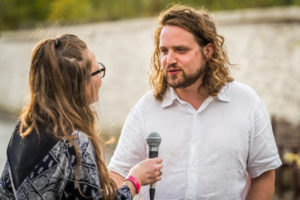 Many of Varley’s songs are philosophical or political. Is this intentional or does it come naturally? “I tend to write songs about things I either can’t process or can’t understand. It’s a fairly selfish and therapeutic process for me.”

He is also one of those rare artists who plays with the perfect mix of poignancy and humour. Is this deliberate? Or does he simply play what he feels?

“I did the open mics for many years and a little splash of humour would really help keep an audience interested back in those days. So, I guess it’s a sort of hangover from that time. I think it’s important to change the dynamics during a show. Maybe with the band that’ll work in a slightly different way.”

Varley has toured with folk singer-songwriter (and one of my favourite musicians) Frank Turner – who has even done guest vocals on some of his tracks. Varley explains how their relationship came about. “We met in a bar in Camden called The Monarch. I was playing a few songs and Frank was in the audience, so we had a few beers after the show and a few weeks later he invited me to open for him at a show in Winchester.”

And how was touring with Skinny Lister? 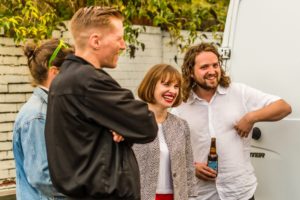 “Brilliant! They are a seriously good band and happen to be a really great bunch of people, too. I consider all of them good friends, and it’s always a blast when we’re on tour together.”

Varley is set to release a new record, Spirit of Minnie, to coincide with his first solo tour. “It’s my first band album so it’s a slight change of pace from my other records,” he says. “Ultimately, it’s just nine new songs. It’s probably my favourite record so far.

“There’s not a sort of overriding influence throughout the entire record. I wrote the songs at different times in different places, mostly about different things. Listening back, though, it seems that a lot of the lyrics are about our relationship with the moment of ‘now’. How we look back and forward in time, and how we experience the moment we are living in.”

So, onto the most important question: is Varley thrilled to be back in the North? “Yep, I love heading up North, and Manchester is one of my favourite cities. Playing and going to gigs seems to be a huge part of the city’s culture. I’ve played a lot in Manchester over the years, and it’s always been a highlight of the tour.”

The tour will conclude with a show at Shepherd’s Bush Empire in London, which holds 2,000 people. Will says: “The whole tour is really a big step up, and Shepherd’s Bush is no exception. I used to play an open mic night on Shepherd’s Bush Green when I was still at school, and I used to walk past the Empire on the way home. So, yeah, playing there will be quite a moment.”

With childhood ambitions realised, a new album and a successful tour under his belt, the first half of 2018 is busier than the Oxford Road bus route on a Monday morning. After his UK tour, Varley is heading to the US opening for Skinny Lister and then, after that, to Europe for a headline run in Germany, Holland, Switzerland and Italy. There’s festival season after that and plans are being made for the Autumn.

As a fan of our fair region, is Varley planning on heading up North for any more festivals this year? “I do hope so,” he enthuses. 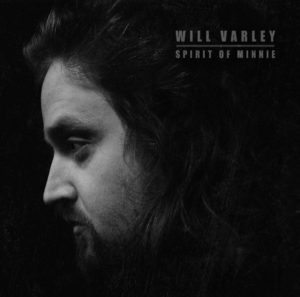 Will Varley is playing at Club Academy in Manchester on February 3, 2018. He is touring the UK until February 9, 2018. For more information click here.

Spirit of Minnie is available to pre-order now.

Tags: Emma Yates-Badley, interview, It's Not Grim Up North, Manchester, Music, Spirit of Minnie, Will Varley

This year, participants can attend in person at the socially distanced live event at @WatersideArts or via a digital livestream on Waterside's Diverge digital hub. For more information, visit: creativeindustriestrafford.ne… pic.twitter.com/BpHGnLvW1R

Festival season is (safely) back in full swing. Our photographer, Lewis Palmer, headed to This is Tomorrow festival at Newcastle’s Exhibition Park and captured some brilliant snaps. @ThisIsNCL @lpalmerphoto northernsoul.me.uk/music-this… pic.twitter.com/jgYHwbjRKB