In a new series of editorials where leading writers are free to say what they want under a pen name, Little Bird writes about democracy.

Democracy in the West, and in the UK in particular, has become an ideological artifact of almost religious significance caught-up in a doctrinal war in which it is used, and abused, to justify the position of rival factions.

It is reminiscent of medieval wars when both sides would ride into battle claiming God was on their side. However, democracy does not take sides. That is the point of it.

Never in living memory have our democratic principles and processes been so heavily tested. It survives still, but the heavy action takes its toll and democracy risks being damaged and devalued. If we are to continue to enjoy its benefits, more care needs to be taken over this precious, fragile concept.

In the English Civil War (an event that increasingly comes to mind) one side fought for a system of royal succession and the other side for democracy. In the uncivil war over Brexit, both sides claim to have democracy on their side. In fact, so democratic do they feel they are, they are able to overlook inconvenient lower forms of democracy in the pursuit of some higher form which happens to suit their agenda.

Take the pro-Brexit lobby. ‘Take back control’ was the slogan that convinced people that to vote Leave would restore British sovereignty, supposedly stolen from us by the anti-democratic European Union (EU). The EU and its officials were often referred to as dictators. When Leave won the referendum, it was said the ‘Will of the People’ had spoken and demanded the bonds of this dictatorship were to be broken.

If democracy is to be the basis of this argument, it is necessary to understand how it is defined since democracy is a concept that manifests itself in many ways. In this country, we have representative democracy based on first-past-the-post elections in which a party is chosen to form a government and its leader becomes Prime Minister. That system has rules which have their pros and cons but exist to preserve coherence. Among other things, they provide checks and balances to ensure the minority is not subjugated to the majority.

As we operate in this environment, the Will of the People must also be defined by the rules of this game. The term is used in a way that equates it to ‘What Most People Want’, but in the context of the EU referendum it is actually defined by how a proportion of the electorate voted on the day. The numerical difference between this number and ‘most people’ is significant. The 17.4 million who voted to Leave on June 23, 2016 were 52 per cent of the voting public that day, but only 37.4 per cent of the registered voters and 26.5 per cent of the actual population. Leaving aside questions over campaign funding (Cambridge Analytica etc), Leave won the contest but it only represents the Will of the People in a technical sense under the rules of our democratic system.

However, the system has other rules and, if you rely on one rule for legitimacy, should you not also take account of the others? One of these was that there was no legal obligation to follow the referendum result since it was only advisory. It is hypocritical to insist that 26.5 per cent of the population can be called the Will of the People, based on technical reasons, but insist there is no validity to the technicality about the referendum having no legal force. Unfortunately, such disingenuousness is conveniently buried under the pseudo-religious mummery of the Brexiteers worshiping at the temple of democracy. 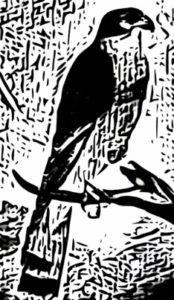 To be fair, Remainers are also guilty of something similar, most obviously those who push for a second referendum or People’s Vote. The usual justification for this is that The People deserve a chance to have their say on the Brexit deal. This may be a fair point, but the correlation between those who push for this and those who wish to remain is undeniable. It must be acknowledged that they would not be pushing so hard for a second vote if they thought it was likely to reinforce the decision to leave. They are taking a gamble, of course, but believe the appalling Brexit process to date has done enough to discredit the whole project which the people will see and finally bring to an end.

The battle between these warring democrats came to a head last week when the PM revealed he planned to suspend parliament for about a month during an absolutely crucial phase of the Brexit process. Remainers have taken to the streets in their thousands over this anti-democratic outrage. Meanwhile, Brexiteers stand by the PM, saying the tactic is necessary to ensure the Will of the People is not thwarted by anti-democratic MPs.

This is a dangerous game and it remains hard to see who will be victorious. One thing seems certain though, if we continue to treat it this way, democracy will not emerge unscathed.

** All details correct at the time of going to press.