“You got the whole experience Lucy, my goodness,” said BBC Tees radio presenter Antony Collins as I described my weekend at Hardwick Live, a phrase which couldn’t have summed it up more perfectly.

With festival season in full swing, it was Durham’s turn to call lovers of music, comedy and good food to the picturesque grounds of Hardwick Hall for an electric weekend of partying. Accurately nicknamed the ‘Glastonbury of the North’, an appealing line-up of global stars and local talent attracted thousands to the mid-August event for the sixth year running.

Saturday saw headline acts Sister Sledge, The Zutons and Manic Street Preachers take to the main stage. By Sunday, Ziggy Marley, Lisa Stansfield and James brought the event to an epic close. But with five lively stages on offer, the back-to-back musical performances from newcomers and fan-favourites had everyone drenched in festival spirit…or would you call that rain?

Upon arrival, I followed fellow revellers down the fairy light-lined forest walkway to the entrance. The squelching beneath my feet was already making me regret my choice of shoe (my bright blue duck wellies would not have matched my outfit). The first thing that caught my eye as I went through the gates was the imposing helter-skelter; my inner kid squealed with excitement. Any event that manages to fit a funfair in has an automatic big tick for me.

Drawn to the Discovery Stage by the stripped-back folk sound of Mano McLaughlin, I pondered how I was going to fit all the acts into a few hours. Seasoned festival-goers will understand the bolting from stage to stage to catch each act and, let’s face it, this level of athleticism could be classed as an Olympic sport. But I knew I’d have to make it back for upcoming rock band Jarpsy and indie group, Sports Team. 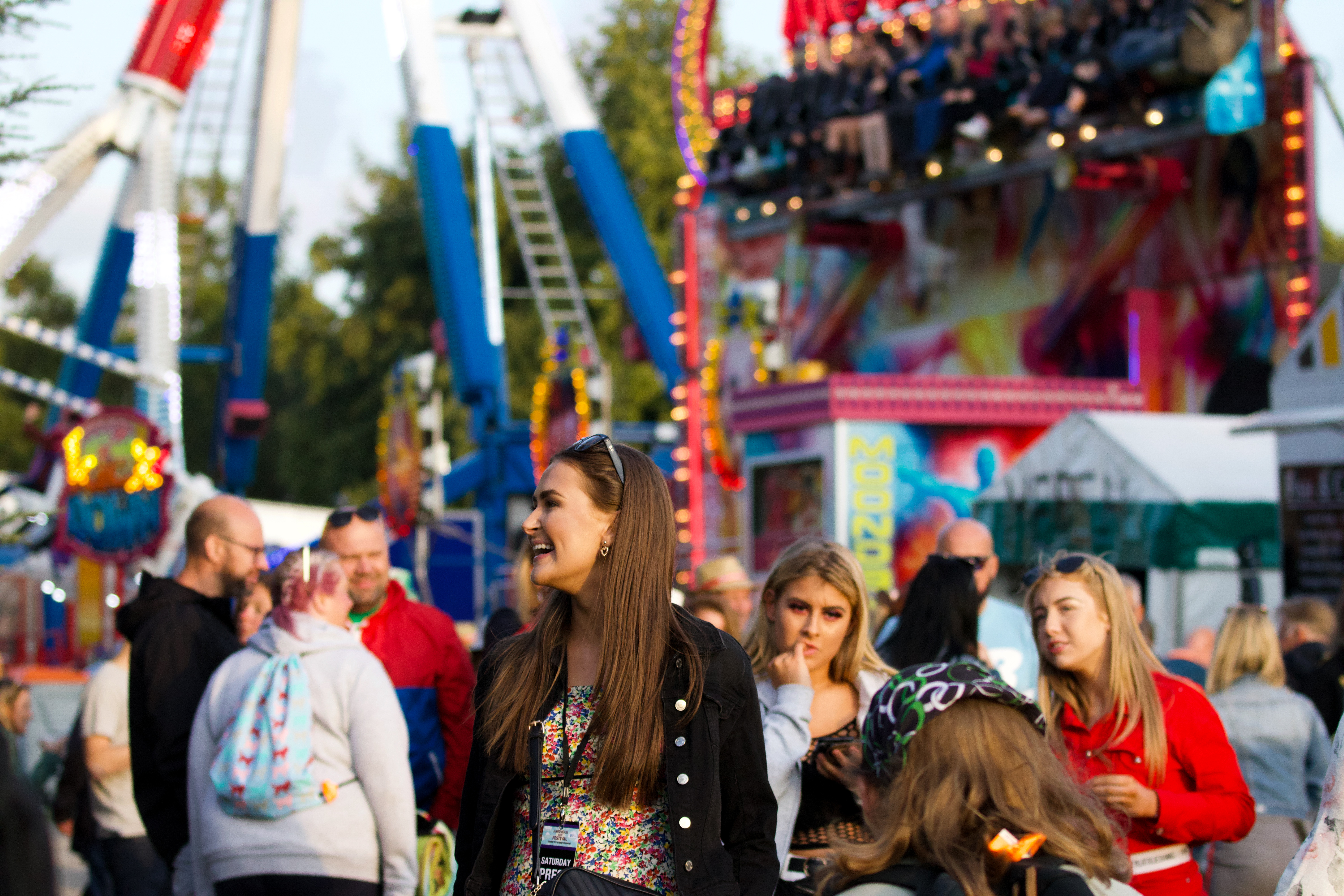 It took a lot of willpower not to buy a flower crown or a funky bucket hat from one of several stalls as I walked to the main stage. Hairdressers and make-up artists were at the ready to braid, backcomb, add glitter to and temporary tattoo every living thing in sight – I think we all ended up with slightly sparkly nooks and crannies. I couldn’t help but notice the stunning views over the country park and serpentine lake, only partially blocked by a build-up of dog walkers peering through the metal railings, ears at the ready to catch the echoes of headline acts.

The effortless vocals of Mackem Martin Longstaff, lead singer of The Lake Poets, left me with goosebumps. For a band I’d never heard of, I soon became their number one fan. To fuel myself through to the evening, I decided it was time to check out the food stalls. I opted for stringy mac ‘n’ cheese with spicy sausage and washed it down with a pricey pint of Dark Fruits. The next step I took was in the direction of The Courtyard, a brand-new disco stage for 2019 hosted by Glitterbox. It genuinely felt as though I’d taken a short plane ride to Ibiza with Melvo Baptiste getting everyone dancing to some funky remixed classics. Later that night the baton was passed to Joey Negro who kept the vibes going with more dance hits. 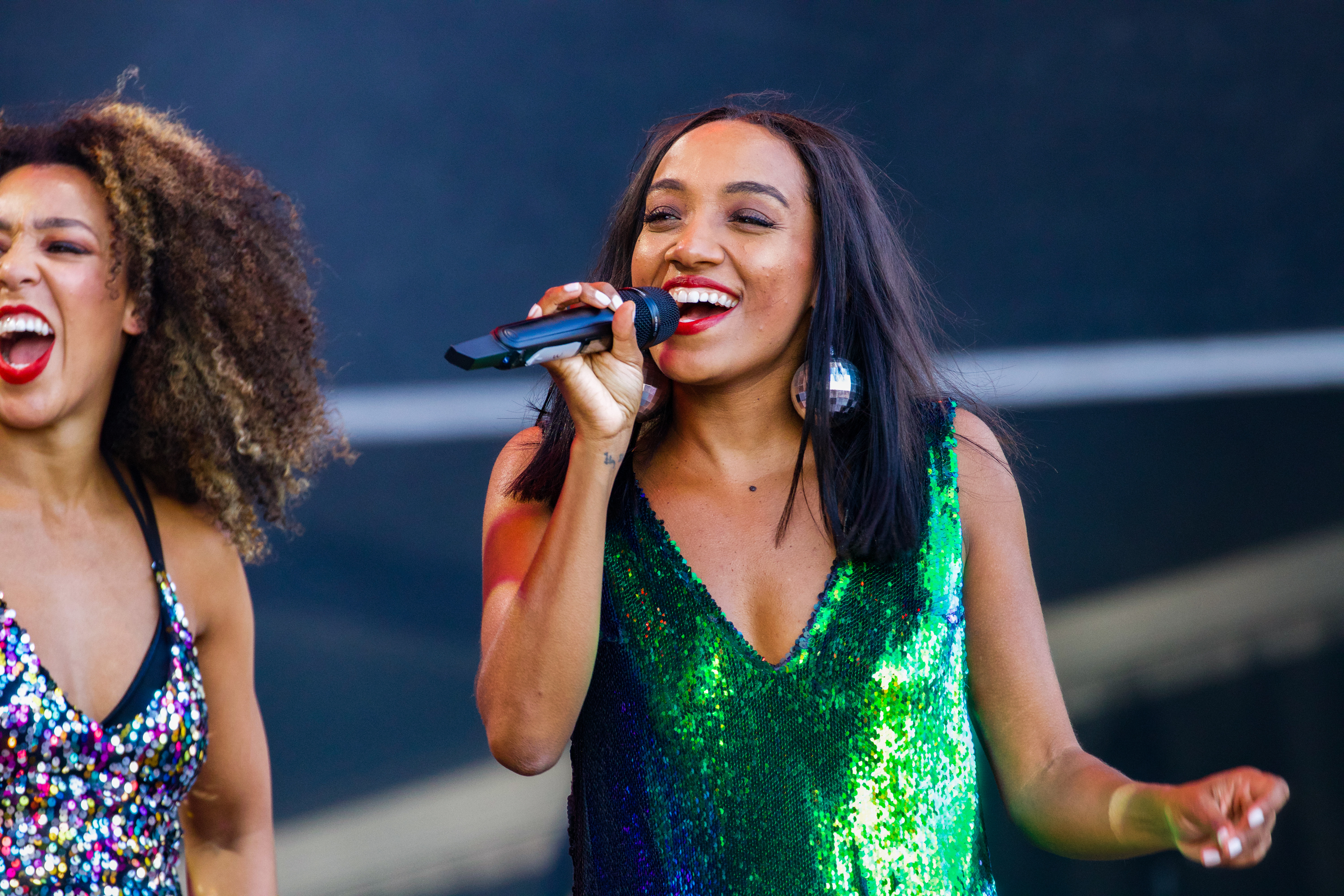 After burning some calories in The Court Yard, the only thing I could think about was the mini doughnut van. I wasn’t disappointed. As the ground in front of the main stage began to fill up, I slalomed my way to the front for a prime view of Sister Sledge, featuring Cathy Sledge and her spectacular back-up singers and dancers. As members of the audience were brought up to the stage for the ultimate dance-off, He’s the Greatest Dancer and We are Family had the entire crowd singing along.

After a ride on the waltzer made me feel nauseous, I give massive kudos to the cleaning crew – what a pleasantly clean portaloo. Ready for more music, I headed to the BBC Music Introducing Stage for Nel Unlit who offered a unique take on storytelling. As the sun drew in, The Zutons and Manic Street Preachers were set to bring the day to a close on the main stage. All eyes were on The Zutons’ saxophonist, Abi Harding, with the yellow strobe lights bouncing off her gold dress. A mighty 18-song set from the Manics wass what we were all waiting for with Motorcycle Emptiness and their cover of Sweet Child of Mine proving extremely popular.

With Sunday still to come a good night’s sleep was definitely needed. Luckily, I had booked a cheeky hotel stay not too far away. Day two was slightly damper than the first. The ponchos were out and umbrellas were now a fashion statement. The day kicked off with Just So on the main stage, a guitar and piano duo who had the most heavenly harmonies. In The Dome, comedian Alex Boardman had everyone in stitches. What a guy. And this time, The Court Yard was hosted by Retro and Jon Dasilva and the rainy-day blues were washed away with some timeless house beats. 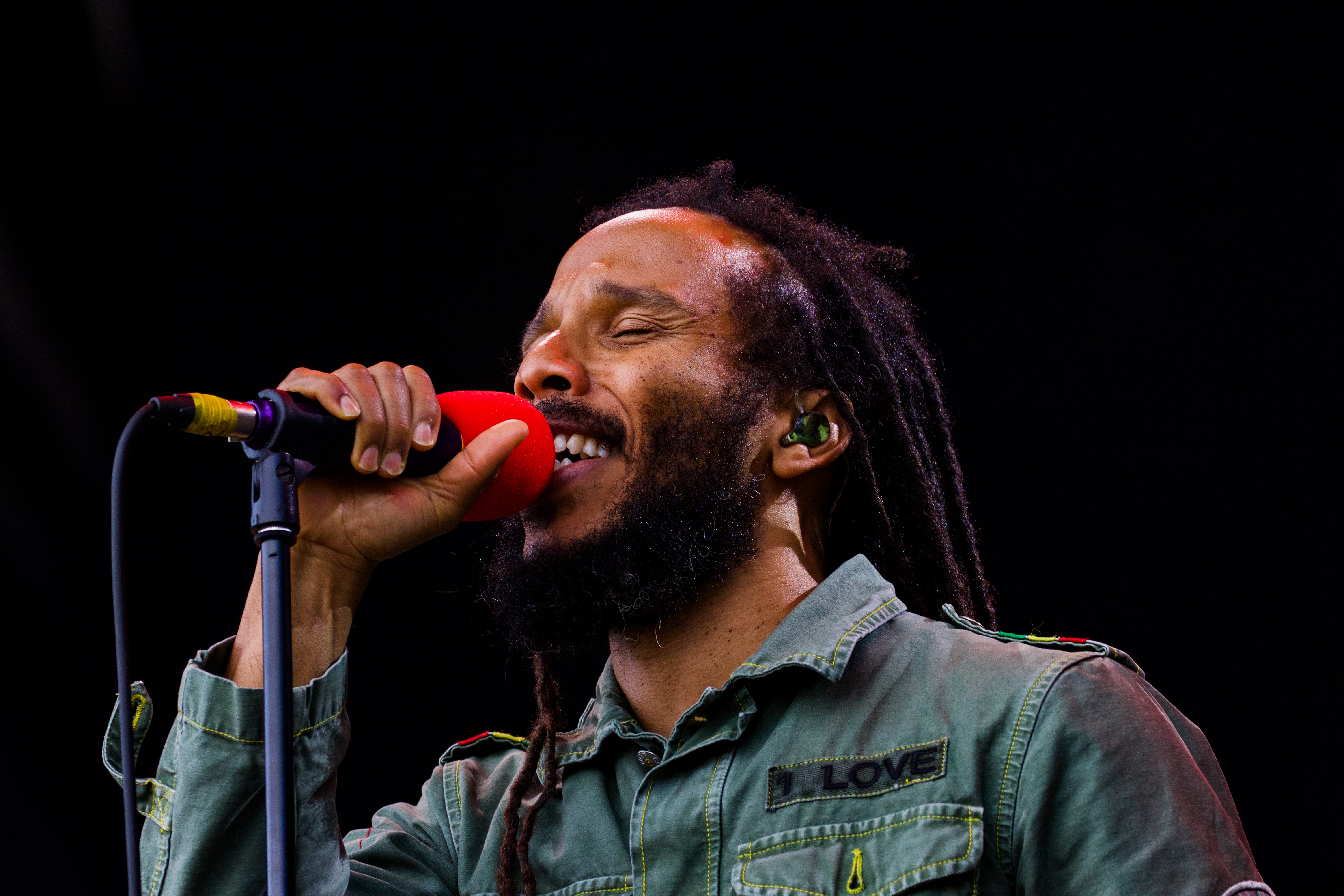 I spent the rest of the day glued to the main stage with Manchester funk band A Certain Ratio showing everyone a good time. When Billy Bragg took to the stage, the crowd giggled at his cheesy jokes and Twitter-rants and sang along with California Stars. After Bragg, Ziggy Marley, son of reggae icon Bob Marley, put on an incredible performance. Singing from the soul, Marley belted out One Love, Justice and so much more with the help of his expressive backing vocalists.

After tucking into the more-ish hoisin duck wraps, it was time for Lisa Stansfield to sing us into the sunset. The Real Thing had all the arms swaying and, as one of my mum’s favourite singers, I can recite all the lyrics to All Around the World, so couldn’t wait to hear it live. Faced with the mighty task of drawing the weekend to a memorable end, iconic indie rock band James did not disappoint with their superb musicality and ability to carry a crowd. As we all waited in anticipation for Sit Down, that’s exactly what I wanted to do. Sit down.

Hardwick Live, you drained me but boy you did it in style. Thank you for putting the North East on the map for live music.